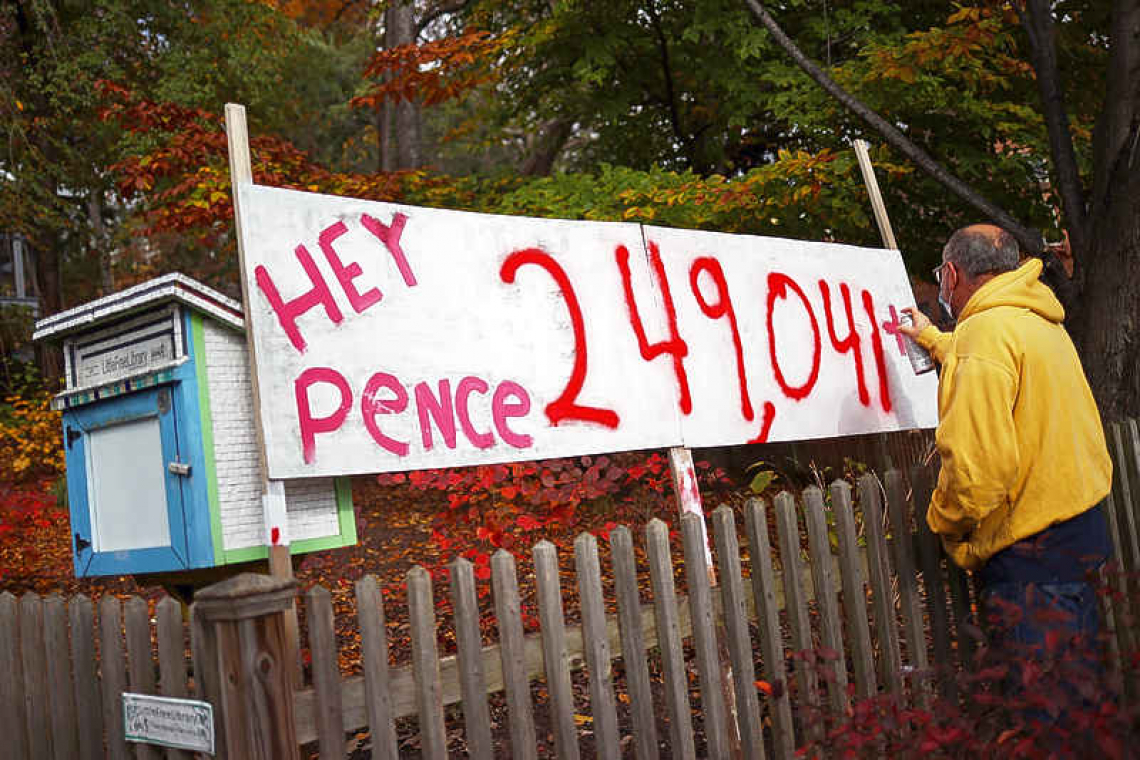 WASHINGTON--Michigan and Washington state on Sunday imposed sweeping new restrictions on gatherings, including halting indoor restaurant service, to slow the spread of the coronavirus as total U.S. infections crossed the 11 million mark, just over a week after hitting 10 million.

Michigan Governor Gretchen Whitmer ordered a ban on in-person high school and college classes as well as indoor dining service for three weeks starting on Wednesday as increasingly cold weather drives people indoors where the virus can spread more easily.
She banned public events at concert halls, casinos, movie theaters, skating rinks and other venues, while in-home gatherings will be limited to 10 people from no more than two households. Whitmer, a Democrat, warned that without aggressive action, Michigan could soon suffer 1,000 COVID-19 deaths per week.
"We are in the worst moment of this pandemic to date," she told a news conference. "The situation has never been more dire. We are at the precipice and we need to take some action."
Washington state Governor Jay Inslee, a Democrat, announced a one-month ban on indoor services at restaurants and gyms, and a reduction of in-store retail capacity to 25%. Indoor gatherings would be prohibited outside of one household and outdoor gatherings would be limited to five people in Washington state under Inslee's order.
The new restrictions come as daily new infections in recent days have more than doubled from single-day highs reported during the previous U.S. peak in mid-July. The number of COVID-19 patients in U.S. hospitals also has reached an all-time high.
Earlier on Sunday, U.S. President-elect Joe Biden's top advisers called for urgent action to address COVID-19, warning that Republican President Donald Trump's refusal to begin a transition of power could further jeopardize the battle against the rampaging virus. Biden's advisers also said it would inhibit vaccine distribution planning and could jeopardize additional government financial aid before Biden, a Democrat, takes office in January.
"We are in a very dangerous period," Dr. Michael Osterholm, a member of Biden's COVID-19 Advisory Board and director of the University of Minnesota's Center for Infectious Disease Research and Policy, told NBC News' "Meet the Press".
Unless action is taken now, "we're going to see these numbers grow substantially," Osterholm warned. "Our future's in our hands."
Basic public health measures such as face covering to curb the virus' spread have become politicized under Trump, who has eschewed mask mandates even after contracting COVID-19 last month, while Biden has backed their widespread use. Still, some Republican governors in recent days have been forced to act, with North Dakota joining 35 other states over the weekend in mandating masks and Iowa this week requiring them in certain circumstances.
Forty U.S. states have reported record increases in COVID-19 cases so far in November, while 20 saw a record rise in deaths and 26 reported record hospitalizations, according to a Reuters tally. The latest 7-day average, shows the United States is reporting more than 144,000 daily cases and 1,120 daily deaths, the highest for any country in the world.
Ron Klain, Biden's incoming White House chief of staff, on Sunday urged Congress to immediately pass COVID-19 relief legislation with new restrictions certain to take a toll. "This could be a first example of bipartisan action post-election," Klain told NBC. He said Biden has spoken to congressional Democratic leaders, but not to Senate Republican leader Mitch McConnell, who has so far refused to publicly acknowledge Biden as president-elect.