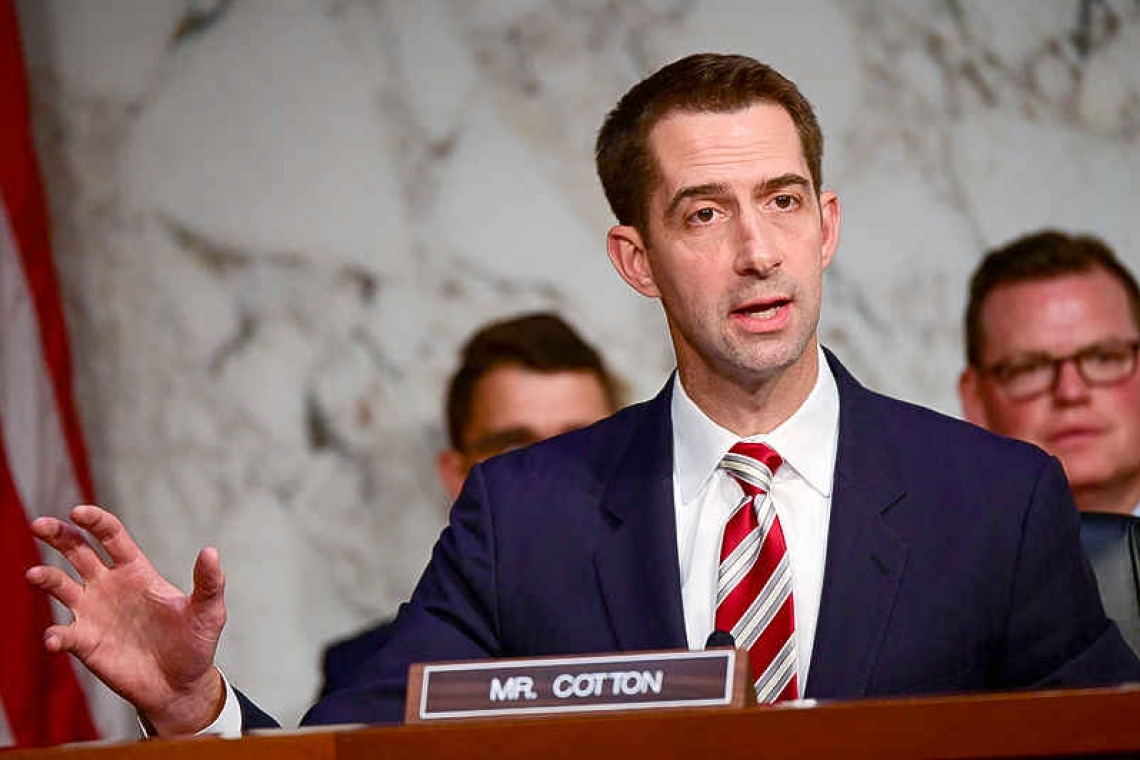 WASHINGTON--Republican U.S. Senator Tom Cotton came under pressure over published comments in which he said America's founders viewed slavery as a "necessary evil."

Cotton, seen as a possible 2024 presidential candidate, made the comments in an interview with the Arkansas Democrat-Gazette while attacking the New York Times 1619 Project's effort to make slavery a focal point of American history for U.S. schools.
"As the Founding Fathers said, it was the necessary evil upon which the union was built, but the union was built in a way, as Lincoln said, to put slavery on the course to its ultimate extinction," Cotton said.
Launched last year to coincide with the 400th anniversary of the arrival of African slaves on America's shores, the New York Times 1619 Project would place the consequences of slavery and the contributions of African-Americans at the center of U.S. history. Cotton wants to withhold federal tax money from an elementary and secondary school curriculum promoted by the project.
Criticism of Cotton's remark was swift. "If chattel slavery — heritable, generational, permanent, race-based slavery where it was legal to rape, torture, and sell human beings for profit — were a 'necessary evil' as @TomCottonAR says, it's hard to imagine what cannot be justified if it is a means to an end," tweeted Nikole Hannah-Jones, a Pulitzer Prize-winning journalist who launched the 1619 Project.
Robert Reich, who was U.S. Labor secretary under former President Bill Clinton, sought to tie Cotton's remarks to the 2020 election battle for control of the Senate. "This, my friends, is today's GOP. Make sure they lose control of the Senate on November 3. In fact, make sure they lose control of everything. They've lost the right to govern," Reich said on Twitter.
But the Arkansas Republican, who is running for reelection this year, dismissed news coverage that he had described slavery as a necessary evil. "This is the definition of fake news," Cotton wrote on Twitter. "I said that *the Founders viewed slavery as a necessary evil*."
In response, Hannah-Jones tweeted: "You said, quote: 'As the Founding Fathers said, it was the necessary evil upon which the union was built.' That 'as' denotes agreement."