One and done? Some Democrats say Biden should not seek second term 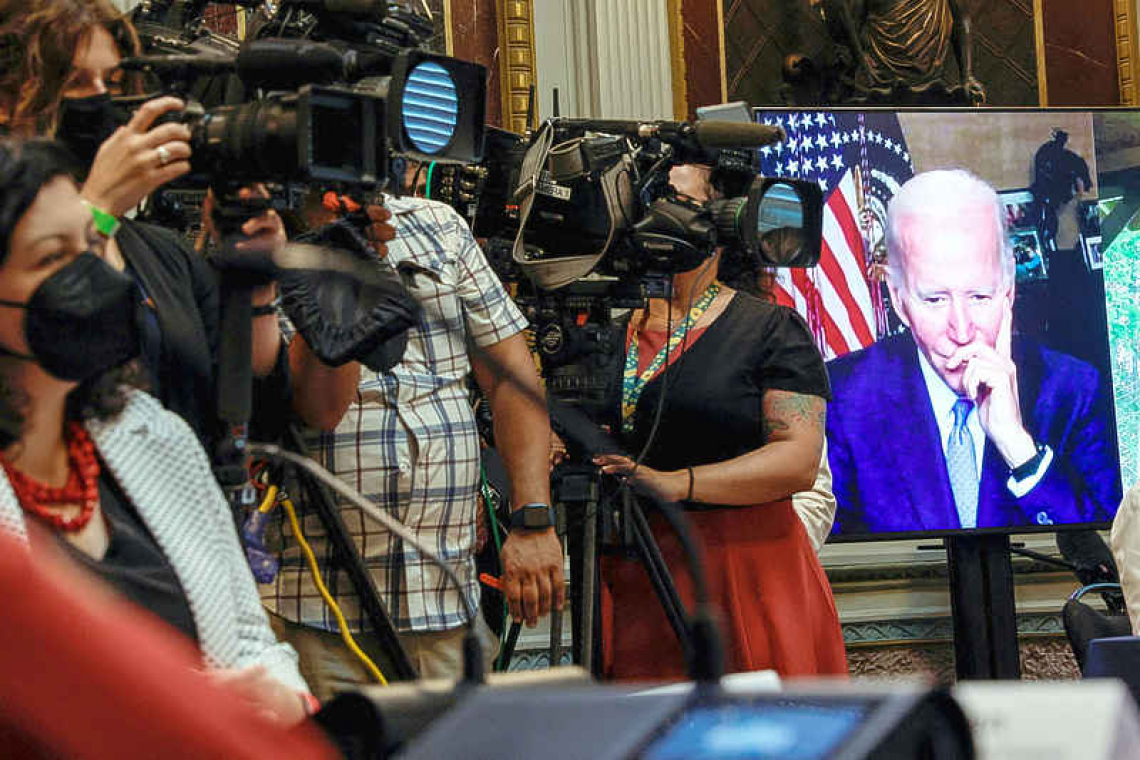 WASHINGTON--A few Democrats in the U.S. Congress have begun to voice what many have mulled privately: whether President Joe Biden, the oldest person to ever occupy the Oval Office, ought to choose retirement over re-election in 2024.
With his approval rating at 38% - and having held below 50% since May - the 79-year-old Biden has been damaged by bruising inflation and voter worries that he will not be able to meet the demands of the presidency in 2025. Last November, the White House said Biden plans to run again in 2024.

A pair of Democratic U.S. representatives from Minnesota have articulated the message clearly. "The country would be well served by a new generation of compelling, well-prepared, dynamic Democrats to step up," Democratic Representative Dean Phillips said in an interview last week with WCCO radio in Minneapolis.
Phillips lauded Biden's decency and service, but added it is time for generational change.
Democratic Representative Angie Craig, who unlike Phillips faces a tough re-election on Nov. 8, on Tuesday said she is "in lock step and alignment" with Phillips, according to the Minnesota Post. She may have been trying to better position herself with independent voters, according to some analysts.
But recent public opinion polls have found similar views among Democratic voters. A July New York Times/Siena College poll found that 64% of Democrats would like a new candidate in 2024, and a CNN poll last week found an even higher 75% of Democrats hold that view.
Party activists normally rally around their president, especially if he is signaling seeking a second term. And they may do so if former President Donald Trump, 76, decides to run again in 2024, a possibility he has been flirting with publicly.
"The hunger for a new generation of leadership is showing. But the hunger to beat Trump will always matter more. Biden is still the only name on the list of Republicans or Democrats who’ve done it," noted Matt McAlvanah, a former Obama administration and Senate leadership official.
A July Reuters/Ipsos poll found that one-third of Republican voters think Trump should not run again. Polls show Florida Governor Ron DeSantis, 43, gaining appeal among Republican voters.
White House officials did not immediately respond to requests for comment on Wednesday.
One aide to a veteran House Democrat said on Wednesday that Biden's COVID-19 diagnosis last month kicked off a conversation among a half-dozen Democratic aides of varying political stripes about Biden's future. It was not clear whether they reflected their bosses' sentiments, but the aide noted there was a general consensus that it would be "foolish" to dump Biden, given his strong win over Trump in 2020. "It's not like we have a ready alternative," the aide added.
Senate Majority Leader Chuck Schumer and other prominent Democratic lawmakers have expressed their support for a Biden run in 2024.
Others are keeping their options open. During a debate on Tuesday night between three Democrats vying for one House seat in New York, long-time Representative Carolyn Maloney said she didn't believe Biden was running for re-election when asked whether she would support his candidacy. A day later she declared her support.
Her leading opponent, Representative Jerrold Nadler, said such questions are best left for after the Nov. 8 midterm elections, when Republicans are favoured to win back majorities in at least one chamber of Congress.
The chatter comes as Biden points to a track record of legislative accomplishments. He signed a $1 trillion infrastructure bill in November, less than a year into his presidency, a sharp contrast with Trump who talked about infrastructure for four years but never won legislation.
Last month Biden signed the first major federal gun safety bill in three decades. Now, Democrats in Congress are aiming to pass a record-setting investment in climate change mitigation and a programme to reduce the costs of prescription drugs for the elderly, all the while coaxing companies and the wealthy to meet their tax obligations.
Ben LaBolt, a Democratic strategist and former spokesman for former President Barack Obama, said Democratic lawmakers should be focusing on those wins. "It's an odd time for that sort of chatter to happen when the administration is on the verge of some record accomplishments on many of the top issues facing the American people," LaBolt said.