...FAY DEGENERATES INTO A POST-TROPICAL LOW OVER EASTERN NEW YORK... 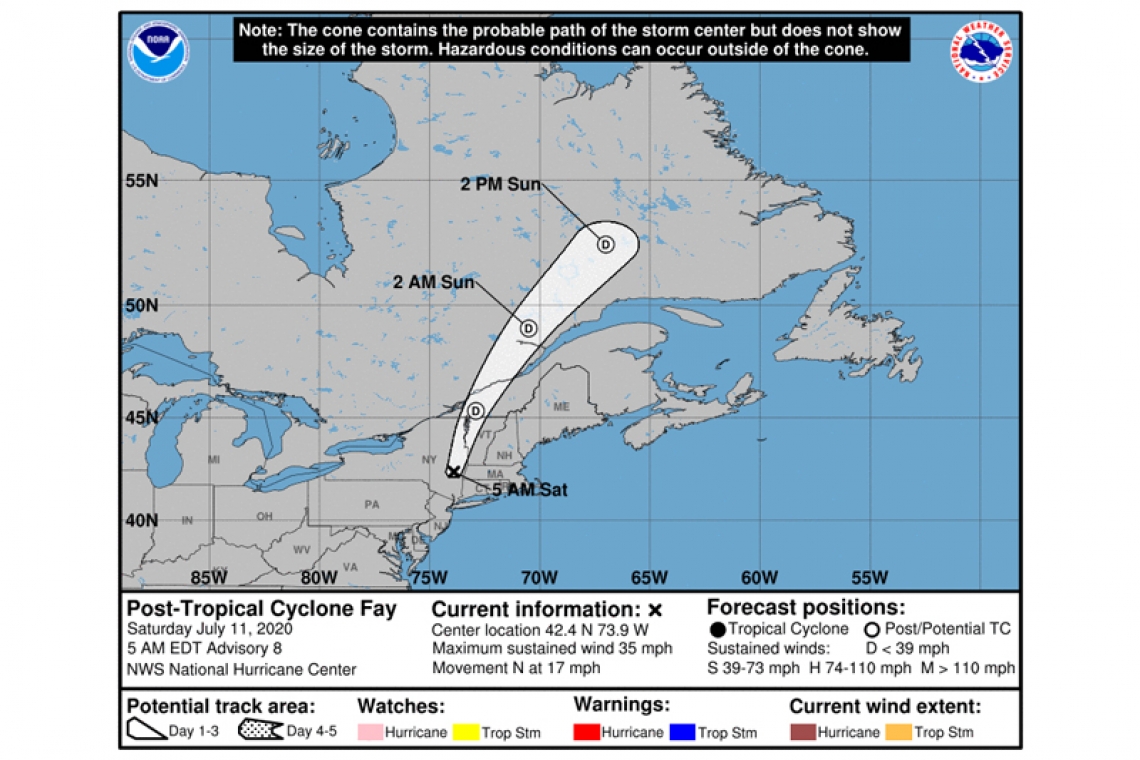 There are no coastal watches or warnings in effect.

At 500 AM EDT (0900 UTC), the center of Post-Tropical Cyclone Fay was located near latitude 42.4 North, longitude 73.9 West. The post-tropical cyclone is moving toward the north near 17 mph (28 km/h). A north-northeastward motion at a faster forward speed is expected today, tonight and Sunday. On the forecast track, the center of the post-tropical cyclone will continue to move across portions of eastern New York this morning, then across northwestern New England later today and over southeastern Canada tonight and Sunday.

Maximum sustained winds are near 35 mph (55 km/h) with higher gusts.Weakening is forecast during the next day so, and the post-tropical cyclone is likely to dissipate by late Sunday.

RAINFALL:  The post-tropical cyclone is expected to produce 1 to 2 inches of rain with isolated maxima of 4 inches along and near its track from eastern New York into portions of New England. This rain may result in flash flooding and urban flooding in areas with poor drainage where the heaviest amounts occur. Widespread river flooding is not expected; however, rapid rises on small streams and isolated minor flooding is possible.

This is the last public advisory issued by the National Hurricane Center on this system.