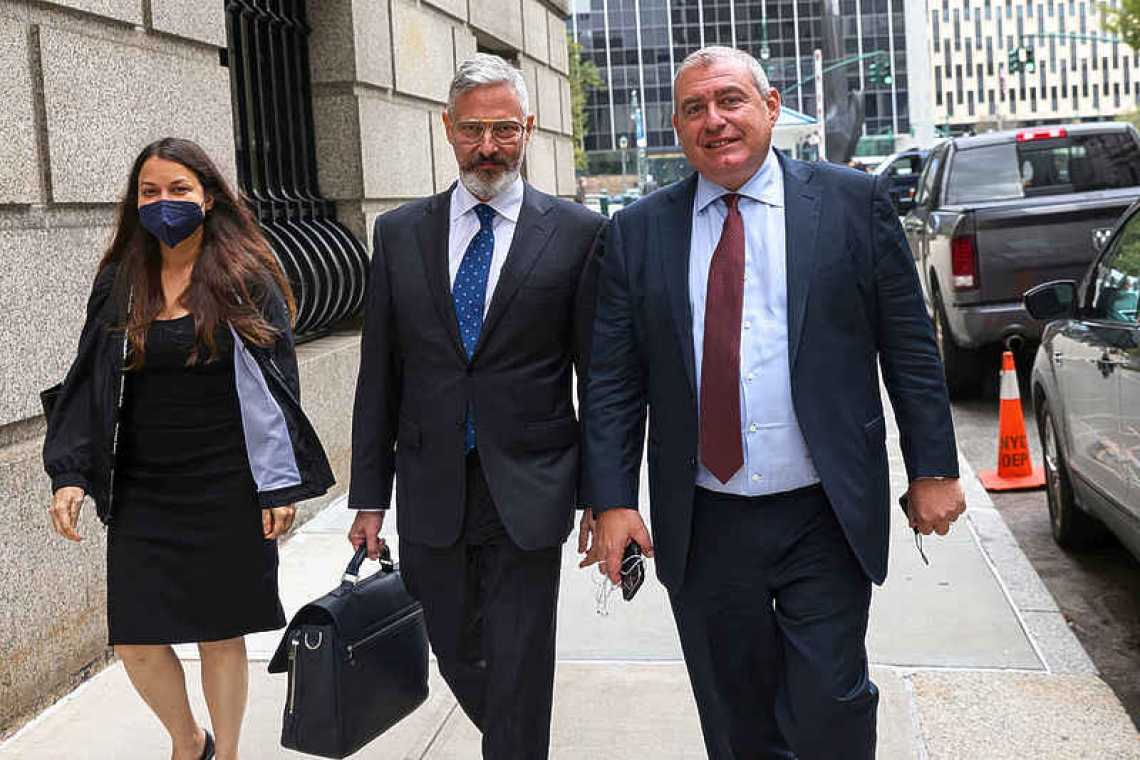 Parnas used the funds to “grease the wheels” to help the businessman, Andrey Muraviev, obtain licenses to operate legal cannabis companies in the United States, Assistant U.S. Attorney Aline Flodr said in her opening argument in Parnas’ trial on charges of violating campaign finance laws.
“They wanted those politicians to do favours for their business,” Flodr told a jury in federal court in Manhattan, referring to Parnas and his co-defendant, Andrey Kukushkin.
“That is what secret foreign money infiltrating American elections looks like,” she said.
The trial overseen by U.S. District Judge J. Paul Oetken has drawn attention because of Parnas' ties to Giuliani, a forceful supporter of Trump's false claims that the former president, a Republican, lost the 2020 election to Democrat Joe Biden because of widespread voter fraud. The Ukrainian-born Parnas has said he worked closely with Giuliani to investigate Biden's son Hunter, who had past business dealings in Ukraine.
Parnas' role was highlighted when the U.S. House of Representatives impeached Trump in 2019 for abusing the powers of his office to investigate political rivals. The Senate subsequently acquitted Trump in a trial.
Parnas' trial could shed light on how campaign finance operates behind the scenes. Flodr also said Parnas concealed an illegal $325,000 donation to Trump’s unsuccessful 2020 re-election bid, a separate allegation from the charges related to the marijuana businesses.
Kukushkin and Parnas have pleaded not guilty. Another Giuliani associate, Igor Fruman, has already pleaded guilty to soliciting money from a foreign national.
In his opening statement, Parnas’ defense attorney Joseph Bondy said Muraviev’s money was not used for the donations but for other purposes. “There was no plan to take this money from a foreign National and violate election law,” Bondy said, adding that the $325,000 donation came from a legitimate business, not from a “shell company” as Flodr argued.
Bondy said Parnas’ interest in the marijuana venture waned as he grew closer to Giuliani, who Bondy described as “not a cannabis guy.”