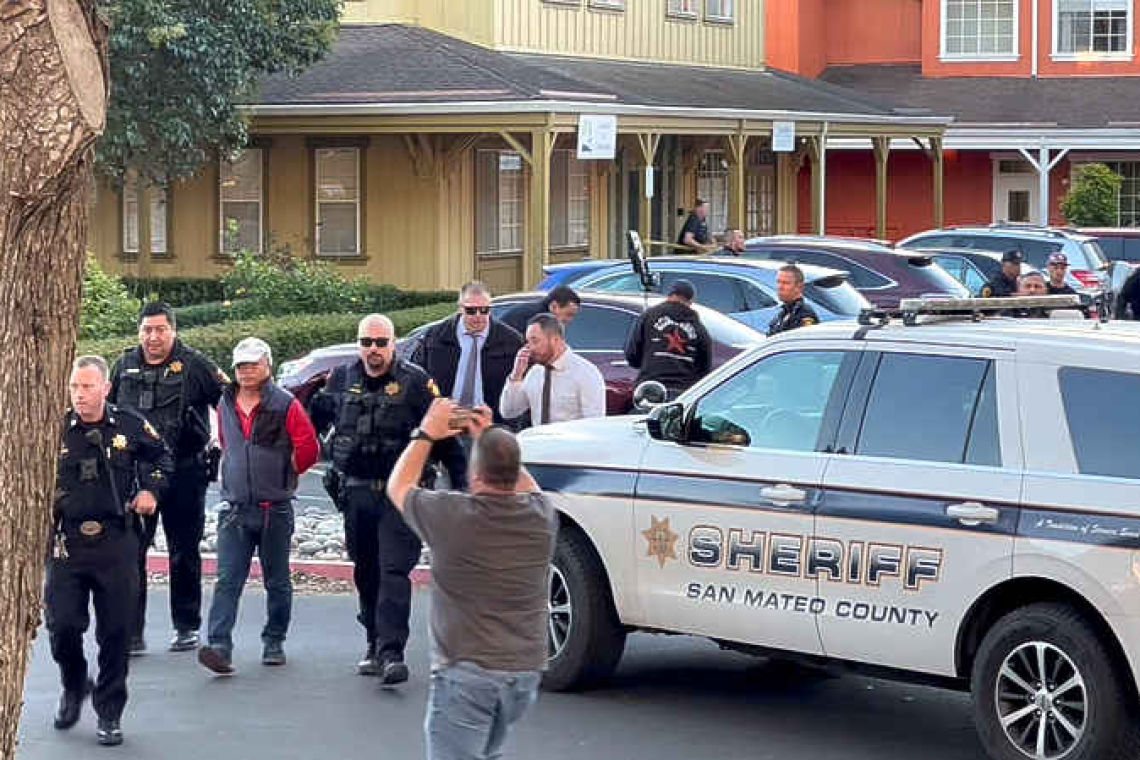 HALF MOON BAY, California--A deadly gun rampage at a pair of northern California mushroom farms likely stemmed from a workplace grievance, authorities said on Tuesday, as new details emerged about the latest of two back-to-back mass shootings that claimed 18 lives and horrified the nation.

In apparently unrelated acts of mass murder, 11 people were shot to death on Saturday night at a Los Angeles-area dance hall frequented mostly by older patrons of Asian descent, and seven were slain on Monday in an attack on farm workers, many of them immigrants, in the seaside town of Half Moon Bay near San Francisco.
The suspects in both attacks were men of retirement age, much older than typical perpetrators of deadly mass shootings that have become all too commonplace in the United States.
Authorities said the two men, Huu Can Tran, 72, and Chunli Zhao, 66, each used a semi-automatic pistol. The victims of both attacks came from immigrant communities. Tran fired on ballroom dancers celebrating the Lunar New Year in Monterey Park near Los Angeles, and Zhao sprayed bullets at farm workers of Hispanic and Asian origin 380 miles north in Half Moon Bay.
Tran tried to attack a second dance studio on Saturday night but was disarmed without firing a shot in a struggle with the club's operator. The next morning, he shot himself to death in the driver's seat of his getaway vehicle as police closed in.
Zhao was arrested on Monday evening outside a sheriff's station where authorities said he had driven shortly after the Half Moon Bay shootings, apparently to surrender. As of Tuesday, authorities said they had yet to determine precisely what sparked either shooting. Circumstances surrounding the Half Moon Bay carnage pointed to some type of work-related disgruntlement, officials said.
"All of the evidence we have points to this being the instance of workplace violence," San Mateo Sheriff Christina Corpus told reporters on Tuesday. She said Zhao had been employed at Mountain Mushroom Farm, one of two sites he is accused of attacking. The other, Concord Farms, is about a mile away.
That theory seemed buttressed by court records, obtained by the San Francisco Chronicle, showing that a restaurant co-worker had obtained a restraining order against Zhao after accusing Zhao of assault and death threats, the newspaper reported on Tuesday. The court order is no longer in effect.
San Mateo County jail records showed Zhao booked on suspicion of premeditated murder, attempted murder and firearms offenses. He was expected to be formally charged on Wednesday, when he was due to make his first court appearance in Redwood City.
The latest spate of lethal gun violence in California was the worst in decades in a state known for relatively strict firearms regulations. U.S. President Joe Biden on Tuesday renewed his call for Congress to pass a national ban on assault weapons.
"Even as we await further details on these shootings, we know the scourge of gun violence across America requires stronger action," he said.