Unusual Foods from around the world! With our Passionate Foodie 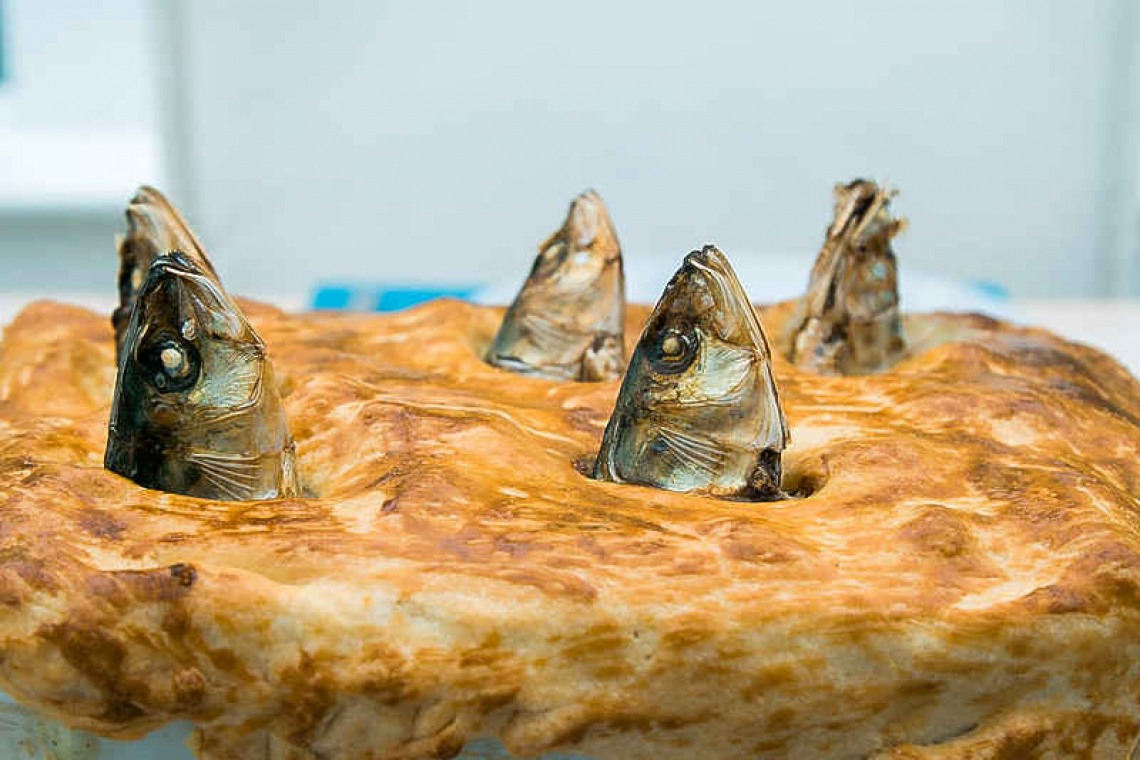 Diverse and indigenous cuisine brought by the many ethnic people to St. Maarten from all over the world piques our interest. To this end, we are on a quest to find where it comes from, if it is used for celebrations, or if it is exotic to some but everyday food to others. Anything to do with keeping the body and soul nourished with that which is produced from good old terra firma is what makes the world go around.

I cannot pass this one by. While doing research on Ukrainian cuisine, I came across some really “different” foods people enjoy eating. The following list is yummy/gross – there are folk who simply pay a fortune to eat the weirdest foods. I will admit to enjoying a couple of the dishes put forth here.

I will also admit that some other foods/dishes we enjoy are weird enough to many who have not grown-up eating said dish – like pig’s foot and chicken feet – let’s see how you relate to the following dishes.

In Japan there is a dish called “white children” which refers to the “sperm sacs of either cod, angler fish or puffer fish. Looking like white blobs of goo or miniature brains, they are said to have a sweet custardy taste.”

In reality, eating the roe of certain types of fish is something many of us do enjoy doing – think Caviar!!! Fish eggs are an exotic luxury in some countries.

Japan offers many weird and wonderful things to eat, like eyeballs of tuna fish. But then again, my mother-in-law always ate all the eyeballs from fish we caught off the southernmost tip of the African continent. Not so weird to many fisher folks around the world. (I could never suck on those eyeballs.) If you are going to cook the tuna eyeballs the Japanese way, simply boil or steam them and then season with soy sauce.

In the Philippines, fertilised duck eggs that have been allowed to progress far enough to have a partially developed embryo inside, are boiled and eaten with salt, chilli and vinegar. Bones, feathers, beak – everything is consumed.

Starving situations make folk eat whatever they can to survive. I saw a movie about the war in the far east where prisoners would catch and eat rats that were around the latrines. I was about 10 or so, and can’t remember the name of the movie, but back then there were a few about the last world war making the rounds. I was horrified – actually, I am horrified that I got to watch this type of movie! The idea has never left my memory but time and again I read that people living through these hellish situations do eat what they can.

In Cambodia, people were starving under the Khmer Rouge regime and they would catch tarantulas and fry them up until crispy. This has become a popular deep-fried roadside snack these days!

When you travel to Laos, do try an unusual soup! Made from a mixture of ant eggs and partial embryos from the white ant, plus a few baby ants to add sourness – the flavour is sharp and delicate, a little like shrimp, and quite tasty.

Way up in the freezing northern climes in Canada, “Jellied Moose Nose” is quite popular – I guess it is rather like our favourite Christmas/New Year dish of cold, pressed beef tongue. The moose nose is boiled up with onions and spices – the skin and hair needs removing before it is boiled again, then sliced and set in the resulting broth.

In Mexico, they love to eat Huitlacoche. This is a fungus that turns normal corn kernels into tumour-like growths covered in blue-black spores. Huitlacoche means “sleeping excrement” which tastes mushroom-like apparently.

In Mongolia, they really enjoy fermented horse milk – really it is a kind of beer. Traditionally served chilled in a bowl-shaped cup.

Most of us have heard about “Prairie Oysters” – testicles of a bull. In Jamaica, some men love to eat all the nether parts of the bull!

Italians enjoy a maggot infested Pecorino cheese that burns the tongue. The larvae of cheese flies are added to the cheese which is allowed to become maggoty!

Inuit’s love to eat frozen whale skin and blubber. Known as muktuk it is normally served either raw or pickled.

In Hakarl, Iceland, a Greenland shark is beheaded and gutted then covered in a shallow grave to ferment for 2 to 3 months. It is then cut into strips and dried for several more months before serving. A very smelly dish by all accounts!

1000-year-old eggs, otherwise known as Century eggs, are eaten with relish in China. Eggs are covered in clay, ash and salt for months, the yolk turns dark green and smells heavily of sulphur.

In Salo, Ukraine, there is a dish that consists of just fat. The fat is cut from the meat and made into slabs, smoked and left in a cool cellar for a year before being sliced thinly and eaten with rye bread. There is a festival in Ukraine just to celebrate this lard.

In Israel, there are some who find eating locusts really delicious! Stemming from the days of the locust plague – yes, this does take place on occasion – this insect is considered Kosher, so Israelis have been keeping these locust plagues under control in a way, by eating them deep-fried and also covered in chocolate!

Stargazey Pie, made famous in a village in Cornwall called Mousehole, is a pie that also came about due to hunger. According to legend, a heroic sixteenth-century sailor rowed out to sea one night during a prolonged screaming storm in December. He flung his nets out to sea and returned with a boatload of fish which were used to feed the starving fishing families in the village. They made pies putting the fish into pastry, leaving the fish heads in the pastry, staring up to the sky! Everything was eaten and the bones sucked clean.

Stargazey Fish Pie – The modern way – perhaps the most acceptable recipe from the above list! I personally make this pie using a variety of fish but don’t use the head, bones or tail!

Bring stock to a boil

Bring back to a simmer

Strain sauce into a jug and set aside

Bring a pot of water to a boil, add baby onions and cook for 7 minutes until tender

Drain, refresh in cold water - slice each onion in half, set aside

Remove from the oven and set aside

Place sardine fillets, heads, and tails on a grill tray, brush with oil, season with salt and black pepper

Add onions, stir in enough sauce to coat all the ingredients in the pan

Bring a small pan of water to a boil, add vinegar and a pinch of salt

Reduce the heat to a simmer

Crack quail eggs into a small bowl of iced water

Swirl the simmering water to create a whirlpool effect, then gently pour the quail eggs into the centre of the whirlpool

Remove with a slotted spoon, drain on kitchen paper

Blend remaining sauce until frothy with a stick blender

Spoon over the top of the sardines and eggs

Top each pile with a puff pastry square

Place sardine heads and tails through each hole in the pastry