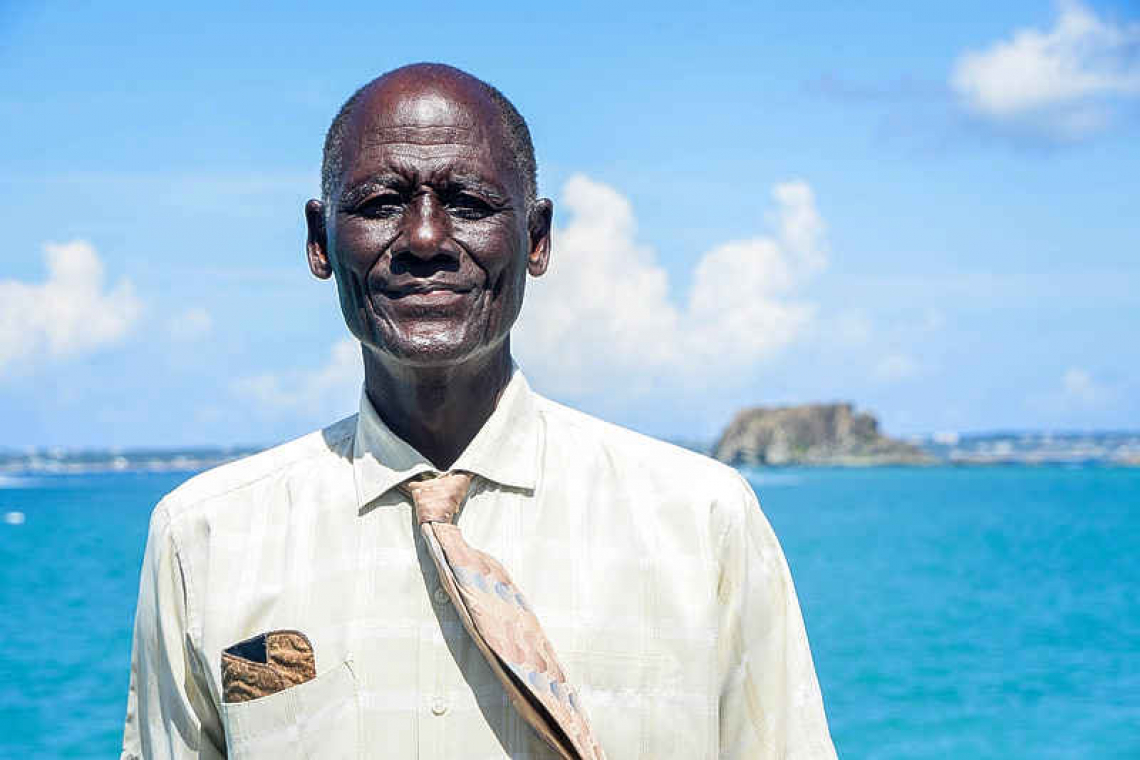 Thirty-five years ago, the Reverend Marcel Eugene Hodge opened the Les Alizés guest house in Grand Case. This is the story of how he envisioned, built and opened the guest house, in his own words.

While I was working construction with Le Galion, chez Bernard – great man; he was so great. His money was not big in those days, but it was constant. He would never owe you one franc. So, I see he would come up on the job every day. Nine o’clock, he’d come up. By eleven o’clock, he’s going back home because he got to go back to Marigot to be there to eat with his wife and children.

So, I said to the workers, “Look at this. This man only spends two hours up here. We are running the work. I’m doing the maintenance, we got other men there with us, the ladies are running it, this young man is the manager. Why can’t we get together and get a piece of land by the beach and make a small hotel?”

Well, they thought it was the craziest thing. They said, “Man, Hodge, we know you’re intelligent, we know you’re smart, but this is the foolishest thing I hear you say. How you gonna do that?”

It kept dawning on me; yes it could be done. So, when I came to the idea, I started the guest house here in ’82, ’83. I started to build here. Money was so flourishing in my pocket that to build three rooms, it’d take me three years.

But by 1985, the 25th of October, we opened up with three rooms. Nobody in the village gave me credit for doing it. They said, “Why don’t you take that and just rent them out by the month?” You could get $25 for a room, you know, so it would have been a month, I probably have $75. But I said, “No, this is a guest house.” And they laughed at me. Some felt sorry for me.

One of the big men in Grand Case I really looked up to as the lawyer, the advisor, was the late Mr. Emile Tackling. He was our all-in-all, the one we looked to advice, for instruction. He said, “Son, I know you’re ambitious, but don’t work with that. That gonna be too difficult for you. Leave that to the big boys that can handle that, like your boss Bernard. Just you rent them by the month.” And I said, “No, Mr. Tackling.” We used to call him Pops. “No, Pops. I want to do this guest house.”

And when we get 29 days, a couple passed through here on a Volkswagen. They were overnighting in Philipsburg and they were going on a three-mast sailing boat somewhere in the Caribbean. They came because, they said, “This is a fishing town and we wanted to stay here for the night, and we saw the sign and we came.”

And they said, “How much a night?” And I said, “25 US dollars per night for the one room.” Don’t ask me how big I was. I felt so big, so important. After three years of building, now I’m getting my first $25.

After they left, we started to get one, two people come in. Sometimes all three rooms went, sometimes one, sometimes two. But, up to when Irma came three years ago, twelve months a year, we were never empty for six nights. The most we stayed without guests would be five nights. But the sixth night, for sure we got guests.