Telling stories his own way: get to know dancer and choreographer Jonathan van Arneman 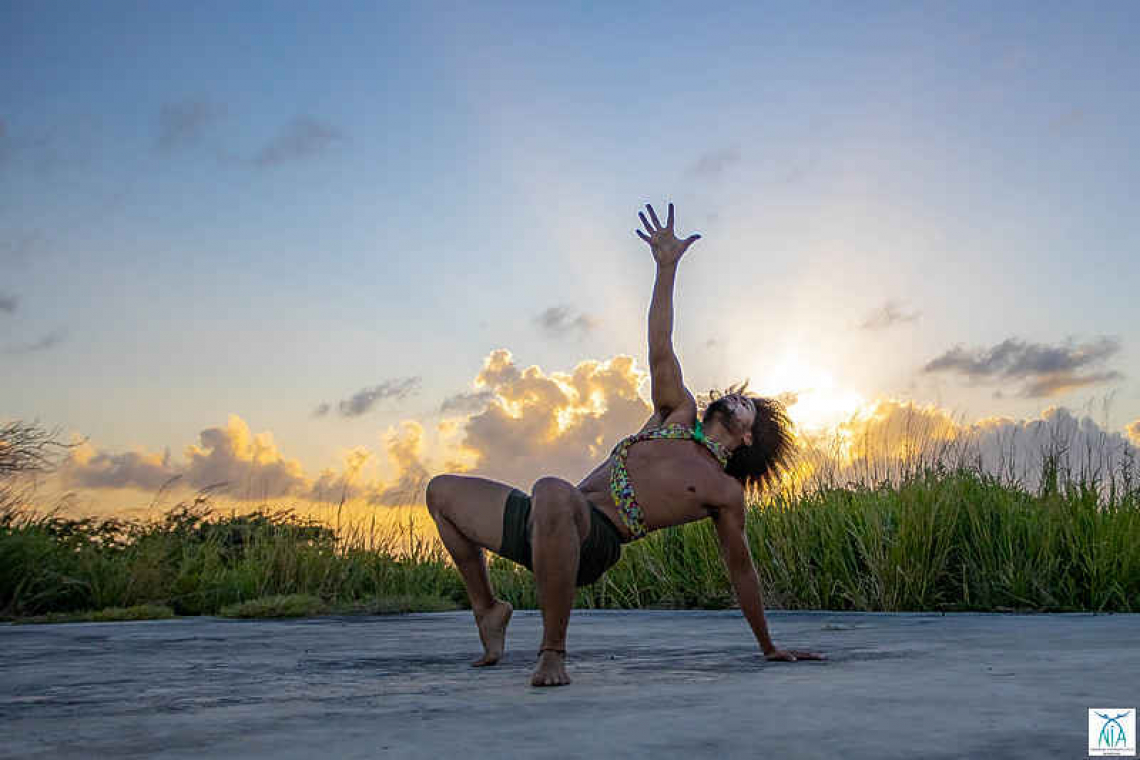 Following his passion, Jonathan van Arneman returned to St. Maarten after studying and working abroad, and is currently the Artist in Residence at National Institute of the Arts (NIA). You’ll recognise him from NIA events, as co-host of the podcast “Mele: A conversation on St. Martin History,” and as a dance teacher at Charlotte Brookson Academy and his alma mater, St. Dominic High School.

Van Arneman moved here from St. Croix with his family as a small child, left to Canada and the United States (US) for his tertiary education, and returned home with a Bachelor degree in Economics and three years of work experience, in 2019. Working long hours as a Data Analyst at a top healthcare consulting firm, he spent all his free time in the dance studio. With exhaustion setting in, and the feeling of burnout looming, he decided it was time to make a change, and moved back to the island.

How did you become a choreographer, was this always the plan – or did plans change along the way?

While living in the US, I had the opportunity to dance with Ananya Dance Theatre, a Contemporary Indian Dance Company aimed at using dance as a means of enacting social change.

While I enjoyed my time with the company very much, I also felt a longing to tell my own stories in my own way. And so, after two years, I left the company and decided to branch out on my own. It was quite scary at first trying to navigate the scene as an emerging choreographer, but I landed my first major gig shortly afterwards when I received a US $9,000 grant to create work for the Momentum New Dance Works festival. It is with this money that I co-created Atlantis13, which is the prequel to the work I would later create with NIA Dance Company: Atlantis Rebirth.

What’s your favourite genre of music/dance?

I’m kind of all over the place with my music taste. Experimental, Soca, Zouk, Dancehall, Afrobeats, R&B, Hip Hop, Gospel, Pop – I listen to it all. And I also choreograph to it all. I’m not a choreographer who sticks to one particular genre of dance when choreographing, so that opens up a lot more options when it comes to choosing music.

In my most recent project, Atlantis Rebirth, there’s Afrobeat, House, Haitian traditional dance, Yorchha, Dundunba, Ballet, Modern, Capoeira, and Hip Hop. Creating choreography that uses different dance styles to tell different stories is something I really enjoy doing and I try to showcase that in my work.

Where do you draw inspiration from?

I draw inspiration from stories. Most of my work tends to reflect snapshots of history, retellings of tales and folklore, or my own imagination of events. But there’s always a story behind the things that I create.

Sometimes I’ll be listening to a podcast, or talking to a friend, or reading a book, and the story will resonate with me so much that I’ll want to see it on stage and I’ll begin to create a concept around it.

Notably, you were the Artistic Director and main choreographer for an abridged and adapted version of Lin Manuel-Miranda’s acclaimed Broadway show Hamilton, produced by NIA and Union Lodge 266. It was an impressive production and dancers took on the roles of actors and singers.

How was this experience in general – what were some challenges or surprises encountered while working on this production?

I’ve been a fan of the Hamilton musical for years, so when NIA’s Director Arlene Halley asked me if I wanted to be Artistic Director, I could not be more thrilled. That being said, we put this show together in under seven weeks while working on other productions simultaneously.

So, to say this was an intense process is a little bit of an understatement. But, as the saying goes, all’s well that ends well. And end well it did! After seven sold out shows, I can honestly say we had a great run and the experience leading up to it was worthwhile.

I cannot stress enough how amazing the Hamilton cast was to work with. Even though they are all dancers by training, they took it upon themselves to learn lines, learn songs, do vocal lessons, and even adapt the arrangements of the original music to fit their voices. They rose to the occasion and made my job as artistic director and choreographer much easier. I owe the success of the show to them.

What Hamilton song do you find yourself belting out spontaneously?

Honestly all of them! I’m literally always singing. I sing in the shower, in the car, in the gym, in the kitchen. Whatever my mood may be, there’s a Hamilton song to match it. So, I sing them all.

I love musicals. I always have. My favourites are The Color Purple, Les Miserables, Rent, and Hamilton. They’ve always invoked a kind of star struck awe in me and I love that feeling. It reminds me of the love I have for theatre and performance arts and why I do what I do.

With the success of Hamilton, I really do think that NIA will take on more musicals in the future. I’d love to see an adaptation of Moulin Rouge or Chicago, or even an original production. But all of that is to be decided! For now, we have bi-weekly shows in the NIA BlackBox Theatre which started on January 16.

If you could start preparing now for a production of your choosing in summer, what would it be? You have complete creative control, and the NIA crew is ready to go. Money, costume/ stage design and public health concerns are not an issue in the scenario.

This is kind of an emotional question because I choreographed an entire show last year called Atlantis Rebirth, but at the last minute we had to cancel the premier because of the pandemic. Consequently, we decided to film the show in different parts of the island and turn the whole concept into a visual album, which is scheduled to be released later this year.

Atlantis Rebirth tells the story of who we are as Caribbean people, where we’ve been and where we’d like to go. It explores different liberation and revolutionary movements in our past while imagining our glorious future. Even though things are moving forward with the visual album, I would still love to do a live version of the show. So, if I had my way that’s what we’d be doing in the summer.

What are you looking forward to in 2021?

I’m really looking forward to the NIA Blackbox Theatre Series this year. Ever since I came back to St. Maarten in 2019, I’ve been wanting to do something that adds to the arts landscape of the island while giving opportunities to local creatives, and I think this series is it.

The idea is that each show will have a different curator. It is the responsibility of the curator to set the theme, concept and contents of the show. For example, I curated our first show on January 16, and I chose the theme of Androgyny. For this event I featured the work of Kiara Vanterpool and Dashaun Prince, two local dancers who both identify as androgynous.

After the show, we had an audience talkback where the audience got to ask the performers questions about their work and their artistic choices – and boy, did they have a lot to say. It was such a meaningful discussion, and it was really encouraging to see everyone so engaged in the art. I’m really looking forward to the next episodes!

I’m also quite excited for the premier of the Atlantis Rebirth visual album! This has been a long time coming and I can’t wait to finally put this work out into the public.

The next Blackbox show will take place tomorrow: Saturday, February 13th. Tickets are sold from 6:30pm on the day of the show at NIA, in the John Larmonie Center on Longwall Road in Philipsburg. The show starts at 8:00pm and there is usually Happy Hour from 6:30 – 8:00pm. Tickets are US $10 for groups of four or more, US $12 for couples, and US $15 for individuals. The second season of “Mele: A conversation on St. Martin History” also starts tomorrow. Follow the podcast on Instagram or Facebook @melesxm.