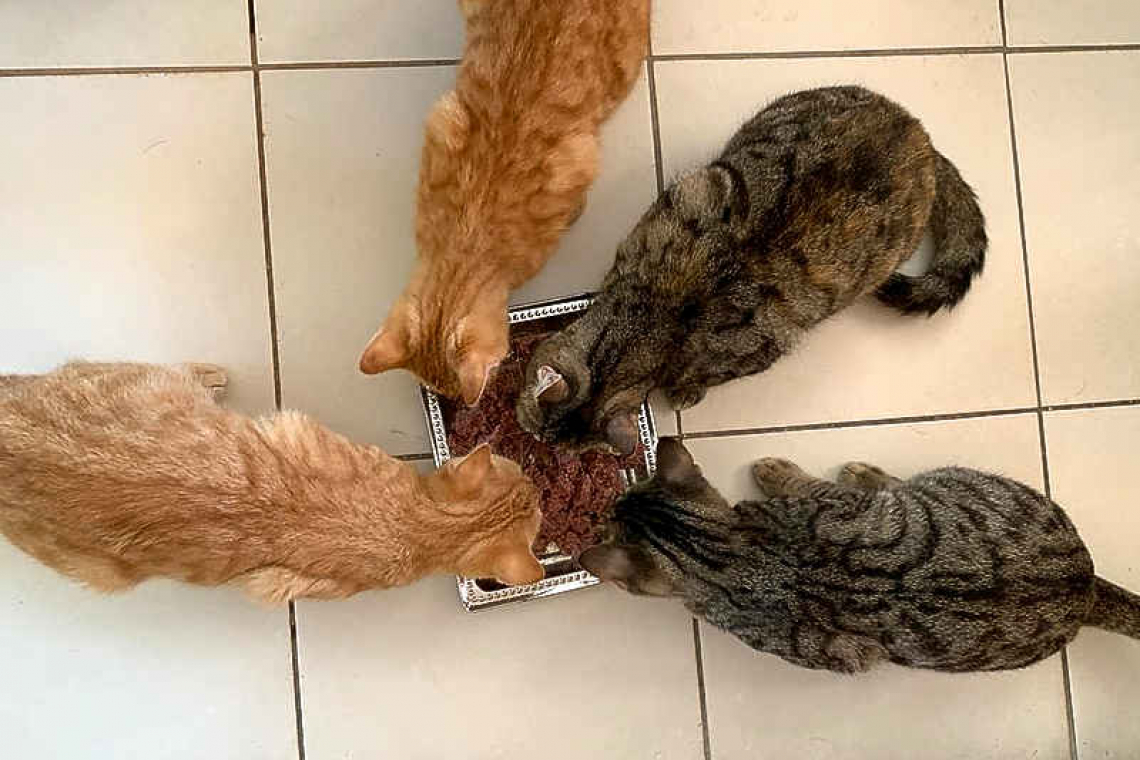 The number of dogs and cats spayed/neutered under the outreach programme by Animal Defenders St. Maarten (ADS) has nearly tripled over the past six months, thanks to a grant from the Resources 4 Community Resilience (R4CR) programme, received in late November 2020. With this grant, ADS not only benefited from more money for its daily activities – with its overall aim of caring for St. Maarten’s stray and neglected dogs and cats – but was able to spend less time organising fundraisers, and more time on the tasks at hand.

The grant has been especially impactful, given that ADS depends entirely on donations and volunteers. While stray and neglected dogs and cats have been a pervasive issue for years, the hard-hit economy, especially since Hurricane Irma, has only made things worse. Pet owners find it harder to care for their pets, while businesses and community members find it harder to donate.

ADS has been creative in coming up with new ways to fundraise over the past few years, collaborating with different partners to host vegan pop-up dinners, Puppy Pilates classes, and issuing a Doggy & Firefighter calendar. With the grant however, a tangible impact becomes clear, benefitting not just the animals but their human families and the island in general, as ADS points out.

Funds were used primarily for a spay and neuter programme, complimentary public awareness campaign, and for buying equipment such as humane traps and a stretcher for injured animals.

Through banners and ads on the radio and in the newspaper, the public was encouraged to be part of the solution by spaying and neutering their pets before they are six months old, shedding light on the fact that there are not enough homes for the animals on St. Maarten, and encouraging the public to foster, donate or volunteer.

ADS has been offering a deeply discounted price of US $20 through the programme, increasing access to the services to as many pet owners as possible. Stray dogs were also spayed and neutered. Normally the programme processes around 100 animals per year, but in its six months supported by the grant, 140 animals were spayed and neutered, with another ten pending as they were in heat at the time.

With the grant having just ended in May, the ADS is left incredibly thankful, and has seen what can be made possible through proper funding. “We really want to keep the momentum going, although it was really only possible to achieve this with the help of the funding,” ADS’ Mercedes De Windt shared with The Weekender. Funds also went towards other vet bills and some 22 inoculations that protect against diseases including canine distemper.

Every cent counts and goes straight towards food and vet bills, she explained. Around 35 volunteers make ADS possible. They are unpaid, and not compensated for gas or other expenses. “They do all this work from the heart, they are truly priceless,” said De Windt.

The funds also helped in ADS’ daily routines of helping sick or injured animals, and feeding the strays of the island. Through a combination of helping the sick or injured, facilitating foster care, feeding, and spaying and neutering, ADS is increasing the quality of life for these animals, without contributing to overpopulation.

The R4CR programme focuses on improving the capacity of local civil society organisations (CSOs) in reconstruction and resilience activities post-Hurricane Irma. It is financed by the government of the Netherlands via the St. Maarten Trust Fund, administered by the World Bank and implemented by the National Recovery Program Bureau (NRPB). It is locally managed by the International Cooperation Agency of the Association of Netherlands Municipalities VNGI in close cooperation with Foresee Foundation and other local partners.

To keep up to date with the work of ADS, fundraisers, adoption possibilities, donation information, and to enquire about volunteering, follow Animal Defenders St. Maarten on Facebook or call +1-721-553-3116. WIB (USD) account number: 807.456.09. Zelle can be used for supporters abroad.