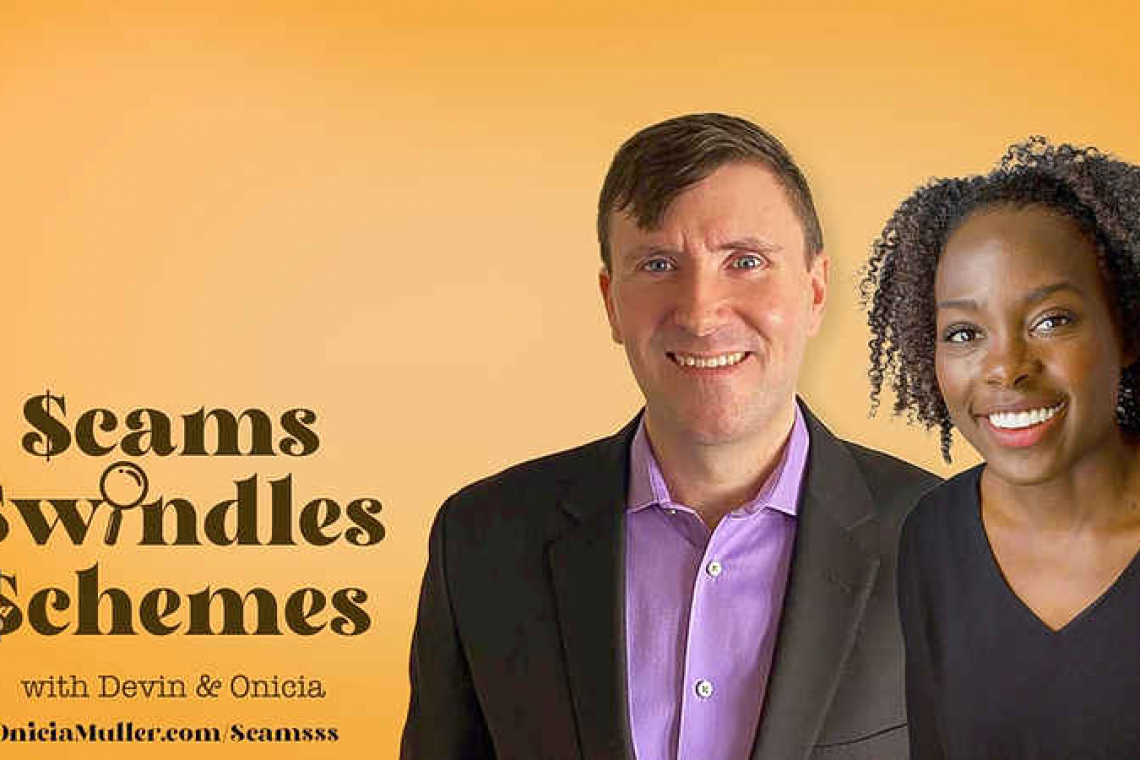 Former crime reporter turned comedian, Onicia Muller, and fellow Chicago comedian Devin Whitlock have joined together to produce a comedy podcast exposing scams. “Scam, Swindles, and Schemes” is a weekly show about trending stories, everyday problems, and practices that may be more pervasive than people realise.

Light hearted, opinionated, and very much not to be taken seriously, “Scams, Swindles, and Schemes” covers everything from beauty bloggers and get-rich-quick ideas to travel hacks and lies about freelancing – nothing is safe! And don’t get Devin started on reality television shows.

Devin and Onicia have been friends for many years, and decided to put their scam detection skills to good use and save the general public from shady characters and businesses. The bite-sized episodes provide the perfect chance for listeners to enjoy good banter, jokes, and protect their retirement savings by staying in the know.

Onicia Muller is a Caribbean-born writer and comedian; she works in a multitude of formats including authoring humour cards for American Greetings. In 2018, she received IGNITE “30 Under 30” Caribbean American Emerging Leaders award for her work as a cultural influencer. That same year, Women In Comedy named Onicia among the “awesome Chicago female comics you should be following right now”. Onicia also authors a weekly humour column “Just Being Funny” which appears in The Daily Herald’s “WEEKender”, Jamaicans.com, and South Florida Caribbean News. www.OniciaMuller.com

Devin Whitlock is mostly known for writing about gay comic books on the internet. A gifted storyteller and pop culture critic, he has appeared at Pour One Out, Am I Man Enough? and The Skewer. His writing has appeared in MEL Magazine, GeeksOUT, and Comicosity.