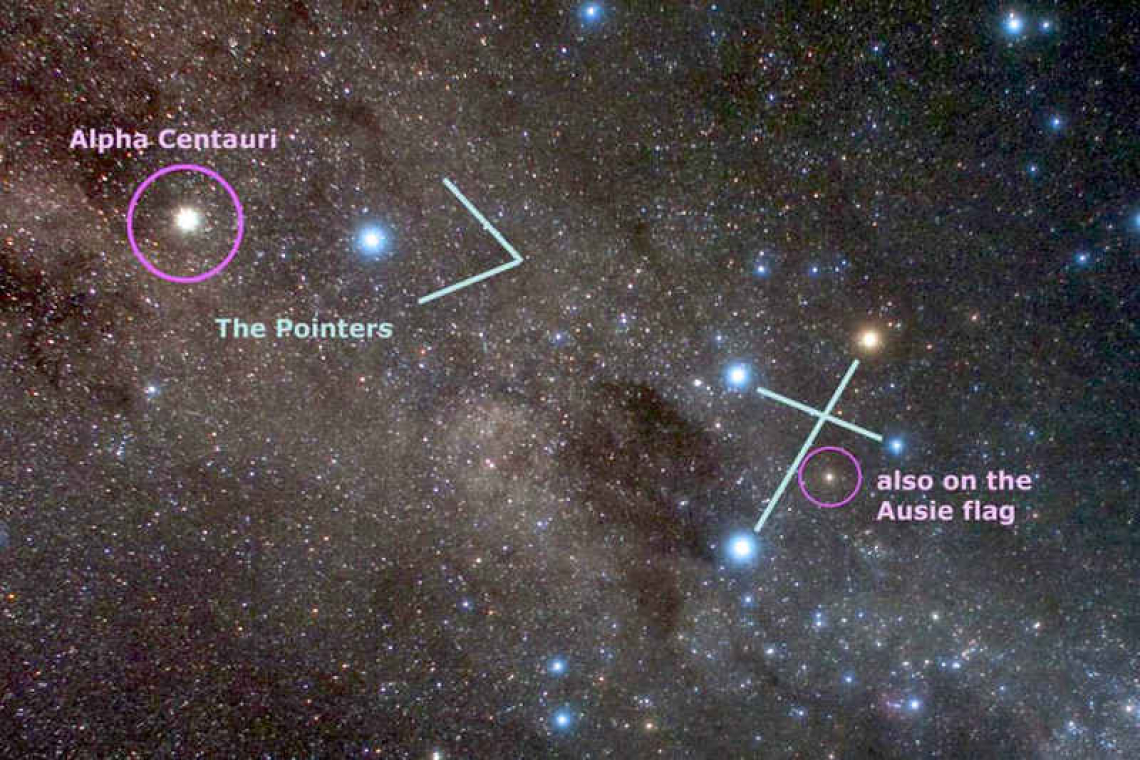 This weekend, the dark hours of the nights belong to the stars. The moon will be thin, dim and rising very late, so no moonlight will disrupt the brilliance of the constellations. A few planets will also grace the celestial dome, but they are primarily an early morning show this weekend.

Let’s turn our attention to the Southern horizon, best viewed from a dark, south-facing beach or hillside. If you settle into your star-gazing comfort zone just after sunset, the view to the south offers quite a show. Try to get away from vehicles, street lights, buildings and other artificial light sources. The seascape that you are seeing as you gaze towards Saba and off to the east (or left) can be thought of as a stage, across which a series of characters parade in a low arc.

The first constellation after sunset is the Southern Cross, also known as Crux. This famous shape is known throughout the nations of the underside of the globe. You can see images of the Southern Cross on the national flags of Australia, New Zealand, Papua New Guinea, Brazil, and Samoa, as well as dozens of regional flags.

Why so much love for a little group of five stars? Those who navigated the seas as well as featureless landscapes have long relied on the unique shape to help them find their way. The farther south you travel, the higher in the night sky is Crux. Much like the North Star is invaluable for northern travellers, the Southern Cross is prized for its constancy.

Crux sets early, but behind it, you'll see two very bright stars, Rigil and Hadar. These are also traditional navigational stars for explorers, yet they hold special significance for modern day astronomers. Actually, they are two of our closest solar neighbours: Alpha Centauri and Beta Centauri. Also, they are similar to our sun in composition, age and temperature. Additionally, these stars have planets!

Climbing higher above the horizon and as the night grows older, keep looking south and you will find the curly tail of Scorpius. To the left of that, look for the teapot shape of Sagittarius. Next in line is Capricornus – under the teapot, look for a delicate circlet of stars known as Corona Australis, or Southern Crown.

There is so much more to see! When the moon is diminished, it’s a great chance to enjoy the stars and learn about more constellations. Get a star map or an app for your phone; you can gain a great deal of knowledge about our universe!