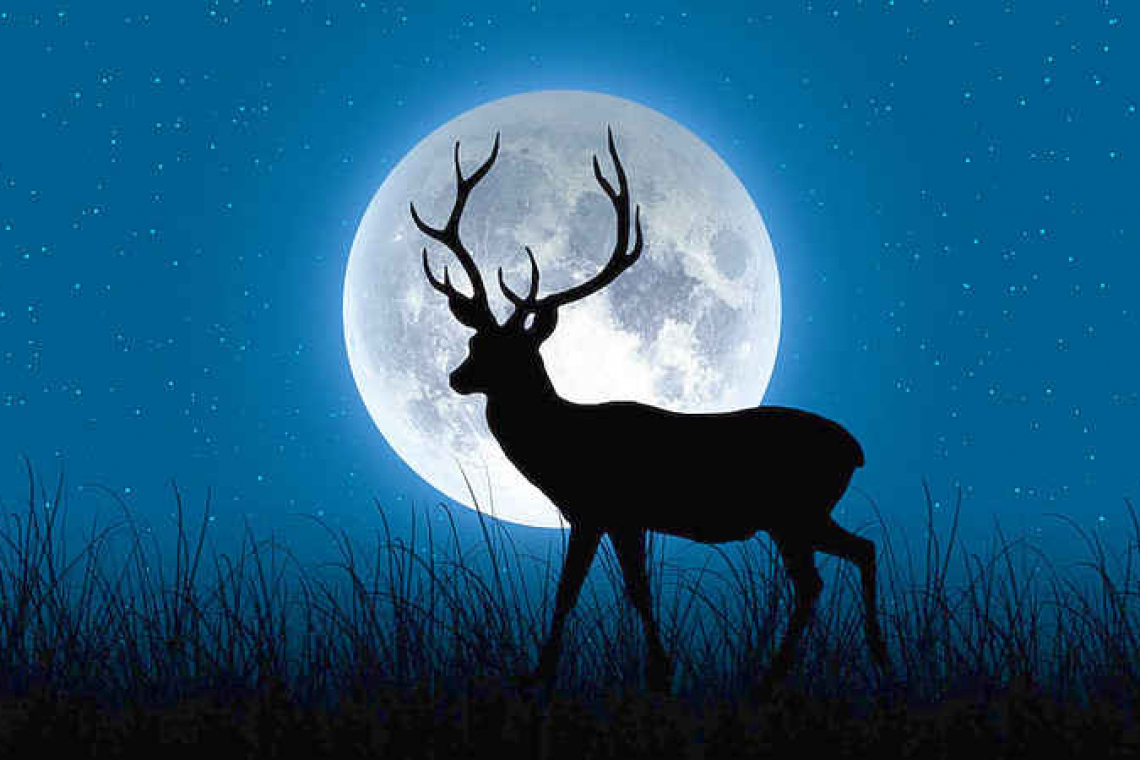 This weekend is all about the MOON. It’s the Full Buck Moon to be exact. Like all full moon episodes, the sun and the moon are set in opposition across our sky. Yet the July full moon won’t be exactly opposite the sun, a point in the sky sometimes given the name the “antisolar point”. That would set up a total eclipse of the moon. Instead, this full moon avoids the Earth’s shadow in a near miss. In fact, the full moons of August, September and October this year will all by sweeping past the Earth’s shadow. Thereby, all these moons will avoid being eclipsed. It won’t be until November 19 that the full moon will once again pass through the Earth’s shadow.

So this weekend will be blessed with a fully circular orb of light hanging in the sky throughout the summer nights. You will see the sun set in the west – and about the same time, on the opposite side of the sky, the moon will be rising. If you stand with your arms straight out to the side, you may find you can point to the sun with one hand and the moon with the other. Then as the sun drops down, the moon rises up and your arms shift around like the hands of a clock. That is what astronomers mean by the term “opposition”.

Most folk know that the moon controls the rising and falling of the tides, but not many realize that the sun's gravity can also tug on the oceans. And when the moon and sun team up and pull together, we are in for extra high-high tides and extra low-low tides. That happens whenever the moon is full, and whenever the moon is new also.

Very few people know this tidal effect can also be seen in our atmosphere, which, like the ocean, bulges out on the side of the planet that faces the moon, and also bulges out on the opposite side of the earth. This creates high pressure areas that are then swirled around the earth as she spins. Thus, we have weather systems, high pressure and low pressure areas that interact with the earth’s surface. Fluids flow and thus respond to gravity, momentum and pressure. In fact, even the solid material of the earth, the land itself, feels the pull of these celestial bodies.

Some believe that the full moon affects our moods, making us a little bit crazy or more prone to criminal activity or accidents. We've all heard these kinds of rumour, and even bought into it, but study after study show no increase in emergency room or police activity on full moon nights. Certainly no werewolves were interviewed for these studies, so perhaps the real mystery remains hidden, for now. In the meantime, keep enjoying the real world effects of the full moon and find a reason to share your delight in the moonlight.