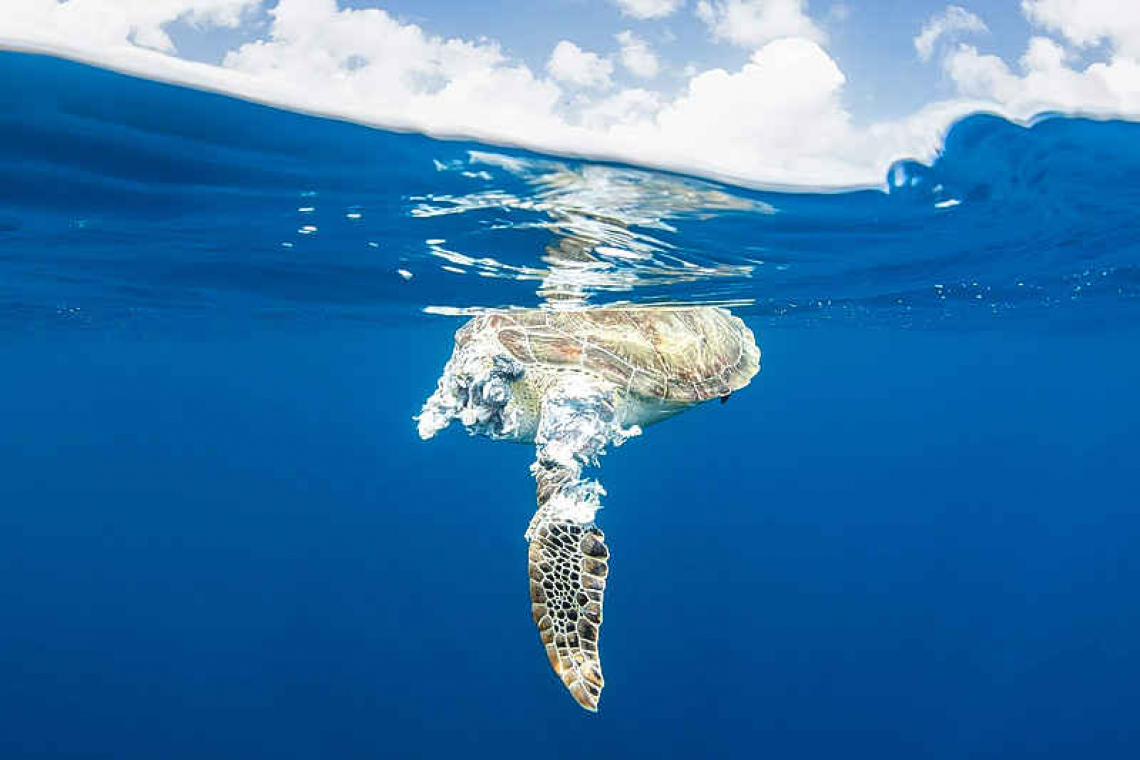 Several species of sea turtles live in the waters surrounding St. Maarten including the Green, Hawksbill, Leatherback, and Loggerhead sea turtles. Each year, Nature Foundation St. Maarten monitors these animals spotted in the water and records nesting data from beaches around the island. Over the last few years, there have been increasing numbers of fatal boat strikes on sea turtles in St. Maarten, the most recent of which occurred at the end of October.

A fatal boat strike occurs most often when the boat is speeding through foraging grounds of sea turtles. As the sea turtle comes to the surface to breathe, it floats on the surface while preparing to dive back down to feed on sea grass, sponge, jellyfish, or even small invertebrates.

These animals can dive quickly at a sign of danger, so if boats are traveling at a reasonable speed, it is possible for the turtle to avoid contact, or for the captain to change the engines to neutral to prevent a collision. If, however, the boat is traveling too quickly, the sea turtle may be struck by propellers, which is fatal to these delicate animals.

“Boat strikes on sea turtles are a source of great concern for our island as these animals are under threat worldwide in large part due to human impact. It is especially upsetting that in 2020, five sea turtles that we know of have been killed by boats, because there is a decreased amount of boat traffic around our island in comparison to past years,” said Educational Outreach Officer Leslie Hickerson.

On St Maarten, all sea turtle species are protected by international laws and treaties, as well as local laws. Based on article 16 and 17 of St. Maarten’s Nature Conservation Ordinance, it is illegal to kill, wound, capture, pick up and have animals that belong to a protected animal species, to directly or indirectly disturb their environment, resulting in a physical threat or damage to the fauna, or to commit other acts that result in disturbance of the animal.

“In addition to the five turtles that have died in and around the area surrounding the Simpson Bay Lagoon, two sea turtles have died within a year, by becoming entangled in trash. One was caught in a beach chair, and another in fishing gear,” said Hickerson.

“These animals have only a one percent chance to live to adulthood, with human impact being the primary concern for their survival. It is essential that we take all steps to increase the chance of survival for these animals.

“Instead of speeding through the lagoon and bays of St. Maarten, we implore all boaters to travel at reduced speeds, never allow debris to go overboard, and avoid anchoring on coral reefs and dive sites,” said Hickerson.

Boaters on St. Maarten can help protect these endangered species by following this advice.