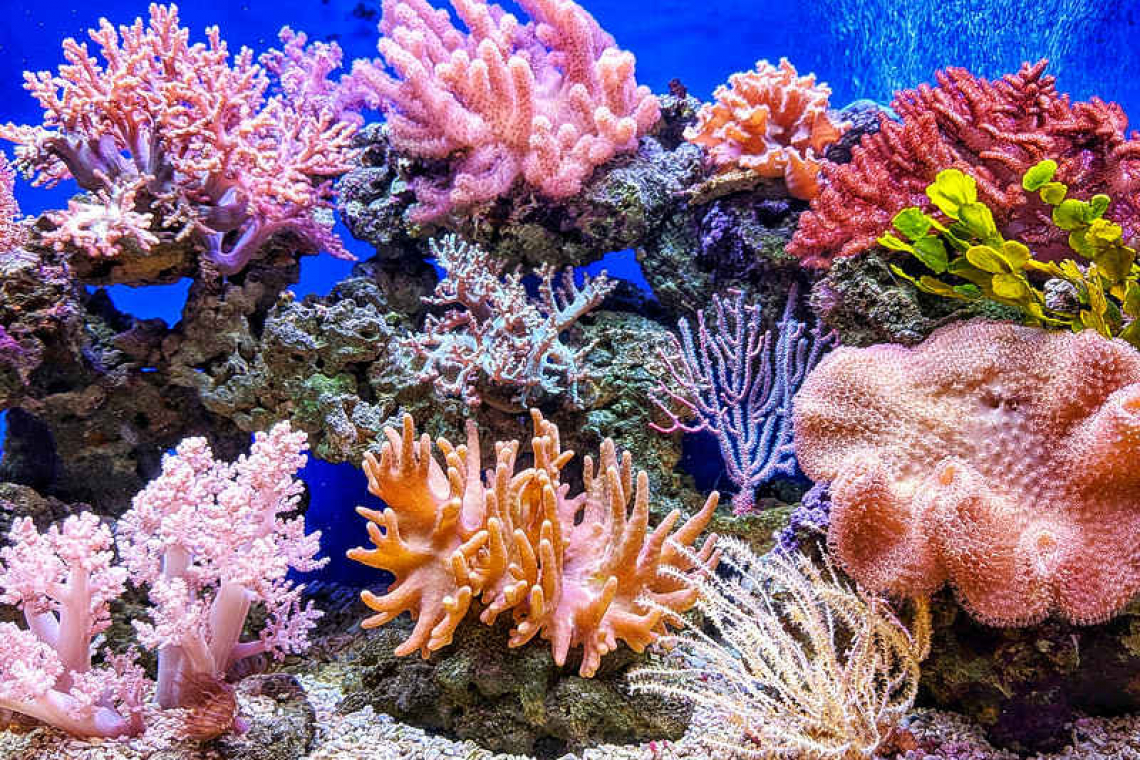 Scientific research is now conclusive and confirms that certain chemicals in sunscreen lotions are polluting the ocean and affecting corals. In an effort to overturn this phenomenon and protect the oceans, Friend of the Sea certified sustainable UV creams eco-label paired with a conservation awareness effort to preserve corals. Though a global issue, this story is particularly important for islands, such as Sint Maarten, which are home to many sunbathing tourists and much crucial marine life.

Stress isn’t just causing you pimples and under-eye bags; it is also harming the planet. When corals get stressed (and it is mainly our fault), they become even more vulnerable to the toxic effects of oxybenzone, a chemical widely used in sunscreen. While it is last month's news that we finally know how exactly this happens, Friend of the Sea, the international certification program from the World Sustainability Organization, has long been certifying sustainable UV creams protecting you from sunburn and respecting the environment at the same time.

The rainforests of the sea

Although they look more like plants or rocks, corals are actually animals. They are invertebrates from the same group as jellyfish and sea anemones, and their stunning colours come from algae living and feeding on them. These tiny polyps build huge colonies acting like one organism, the coral reef. Coral reefs represent one of the most important ecosystems in our oceans.

Sunscreens work by absorbing UV light and converting it into heat, yet they can lose 50% of their protection after just 40-minute bathing. Chemicals like oxybenzone may then accumulate on corals. Low concentrations of oxybenzone can kill 50% of coral larvae in less than 24 hours.

Although awareness of the impacts that oxybenzone can have on coral reefs has long been on the rise, it was in May 2022 that someone finally came up with a scientific explanation. A group of researchers from Stanford University found that corals absorb oxybenzone from sunscreen and convert it into phototoxins. These molecules then become harmful when exposed to sunlight.

The problem is real: 14,000 tons of sunscreen is believed to wash into the oceans each year. Starting from 2018, Hawaii, Virgin Island, Aruba, Palau, and Thailand have all banned potentially dangerous sunscreen chemicals. Seizing this momentum, Friend of the Sea launched the “Sustainable UV Creams project” in 2019.

Environmentally friendly alternatives to the most found sunscreen products require, at a bare minimum, that they do not contain the worst toxic offenders, oxybenzone and octinoxate. They should also avoid sprays, as a portion eventually lands on the sand and can either affect animals nesting and living there (like turtles) or end up in the water as the high tide comes.

Since 2019, Friend of the Sea started certifying sunscreen products guaranteeing the following, among other things:

The program has successfully attracted interest from companies around the world involved in the UV creams sector, concerned about their impact on the environment, and committed to reducing it.

Sunscreen lotions are not the only factor putting corals at risk. Warming oceans in the last decades and other stressors also represent a big threat. Stressed corals eject their algae and turn white – a phenomenon known as bleaching. Bleaching leaves corals vulnerable to disease and to the effects of phototoxins.

Friend of the Sea for corals

Accordingly, as part of an overall effort to protect the marine environment, Friend of the Sea is also doing the following:

Do you want to learn more and get involved?