Exploring Swaziland/eSwatini, with The Passionate Foodie 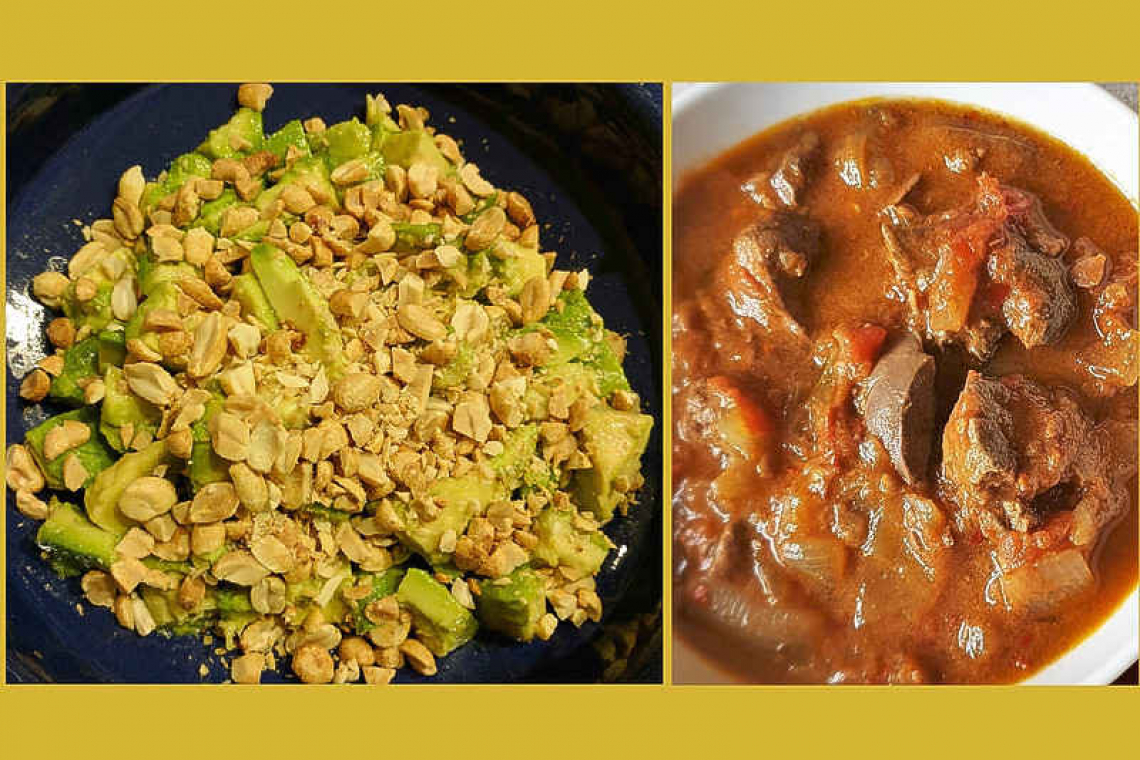 Photo credit (from left): Notes from a messy kitchen, The Foodie Club.

This small country has been the centre for archaeologists’ research.

“Record of human settlement stretches far back into prehistory. The earliest stone tools, found on ancient river terraces, date back more than 250,000 years, and later stone implements are associated with evidence of Homo sapiens from perhaps as long ago as 100,000 years. By 42,000 years ago, the inhabitants were quarrying red and black hematite ore for cosmetic purposes on the top of the Ngwenya massif (in 1964, a large open cut mining operation was developed to exploit the rich ore deposit). This ranks as one of the world’s earliest mining and trading activities, and mining continued for many thousands of years after that. Much later, some 20,000 years ago, the archaeological record reveals occupation by the ancestors of the San hunter-gatherers, who created the distinctive rock paintings found throughout the western part of the country.”

The Kingdom of eSwatini (Eswatini), once Swaziland, is the last absolute monarchy in Africa.

Not many have heard of this country in southern Africa; however, it is a fantastic country in which to live and visit. The cuisine here is influenced by both typical African traditions and Portuguese cuisine because the country borders on Mozambique and South Africa.

King Mswati III renamed this small state (about as big as the state of New Jersey) in 2018; landlocked the new name for the country is homage to Mswati, revered as “the greatest fighting King” who ruled over eSwatini from 1840 to 1868. Once a British protectorate (1903 until 1968), the Kingdom of eSwatini has been an absolute diarchy (with two co-rulers) since gaining independence.

The name Swazi/Swaziland is the Anglicized version of the name of an early king (Mswati) and nation builder.

The national capital is the seat of King Mswati III and his mother is at Phondvo in the vicinity of Lobamba, where the houses of parliament and other national institutions are situated. This is about 11 miles from Mbabane (capital in British Protectorate times.)

The official languages are SiSwati and English. The African dialect here is typically full of “clicks”. “The letter “c” is a click, like the “tsk” sound you make when you are disappointed or frustrated about something! For example, ncesi is pronounced n+click+esi, which means “sorry.”

Having both a rainforest and savannah land, eSwatini is very mountainous. There are many large rivers, and the climate ranges from tropical to temperate. The country is divided into four climatic zones: Highveld, Middleveld, Lowveld, and the Lubombo plateau.

Once called “Swazis”, the people are now known as liSwati (singular) and emaSwati (plural). Some 97 percent of the emaSwati report an African ethnicity while three percent report a European ethnicity. Christianity is the major practice, although there are some who follow Islam, Baha’i, Buddhist, Hinduism, Jewism and indigenous faiths.

Unfortunately, eSwatini has the highest incidence of HIV/AIDS in the world. ESwatini has a very young population – more than one-third under 15 years old; and one-third between 15 and 29 years of age! Life expectancy (higher for women than for men) is about 57 years.

In this traditionally patriarchal culture, the “homestead” is the main social unit. The “headman” is the male head of household and is the financial and social authority of the homestead. At the centre of the homestead is the cattle byre, a circular area with a log perimeter. The byre is the site of sealed grain pits and oftentimes its size is a signifier of the wealth of the homestead!

The homestead comprises the headman’s hut and the huts of his extended family and, yes, here in this country, many men in the past took multiple wives. Marriages are seen less as a union of two individuals and more as the union of two families. While historically, polygamy was practiced in the region, the rise of Christianity as the main faith has been associated with the decline in polygamous unions.

Marriage within tribes/clans is prohibited; there are more than 70 clans. Different tribes like the Nguni and Sotho started arriving in the late 18th century and settled – there were other tribes already in the area. The king, however, is still permitted polygamous unions.

“ESwatini, Botswana, Lesotho, Namibia, and South Africa constitute the Southern African Customs Union, which provides generally for the free movement of goods and services throughout the area. ESwatini has its own currency, the lilangeni, but is also a member of the southern African monetary union (with Lesotho and South Africa) which seeks to ensure that currencies are on par and funds move freely between the member countries.”

Pumpkin Custard – like a flan/pie but with no crust!

Bring a pot full of water to the boil.

Place ramekins in a cake pan and set aside.

Mix everything together until well-combined.

Slowly pour boiling water into the cake pan filling halfway up the sides of the ramekins.

Transfer to the oven and bake 50 minutes, until custard is set.

Carefully remove ramekins from the cake pan; cool completely on a wire rack.

These can be made in the kitchen but, in Swaziland, they are made over an open fire in a cast iron pot. The Afrikaans term of Braai is used. Peri-peri is a hot sauce from the Portuguese. This is one of those recipes where you are the judge of the ingredient amounts. You can buy Nandos peri-peri sauce here on island.

Below for a sauce you can make yourself:

Chop and braai 2 large onions in a cast iron pan over coals in some butter.

When cooked to your liking, add cream.

Taste and adjust seasoning if necessary.

Process ingredients until no large chunks.

Pour into a saucepan.

-zest of one lemon

Blend until it is smooth.

Store in jars for a week.

Our favourite way of eating this dish is to leave out the vegetables. Cook the samp and beans till creamy and serve with a cooked tomato, onion and garlic sauce poured over it.

400g samp - this is called hominy in America

In separate bowls, soak the samp and sugar beans overnight.

Season with salt and boil until soft, but still firm, about 75 minutes.

Add the vegetables, reduce to a simmer and cook for 40 minutes.

Swazi Avocado Slaai – the word slaai is used for salad in South Africa too.

Allow to marinate at room temperature for 20 minutes.