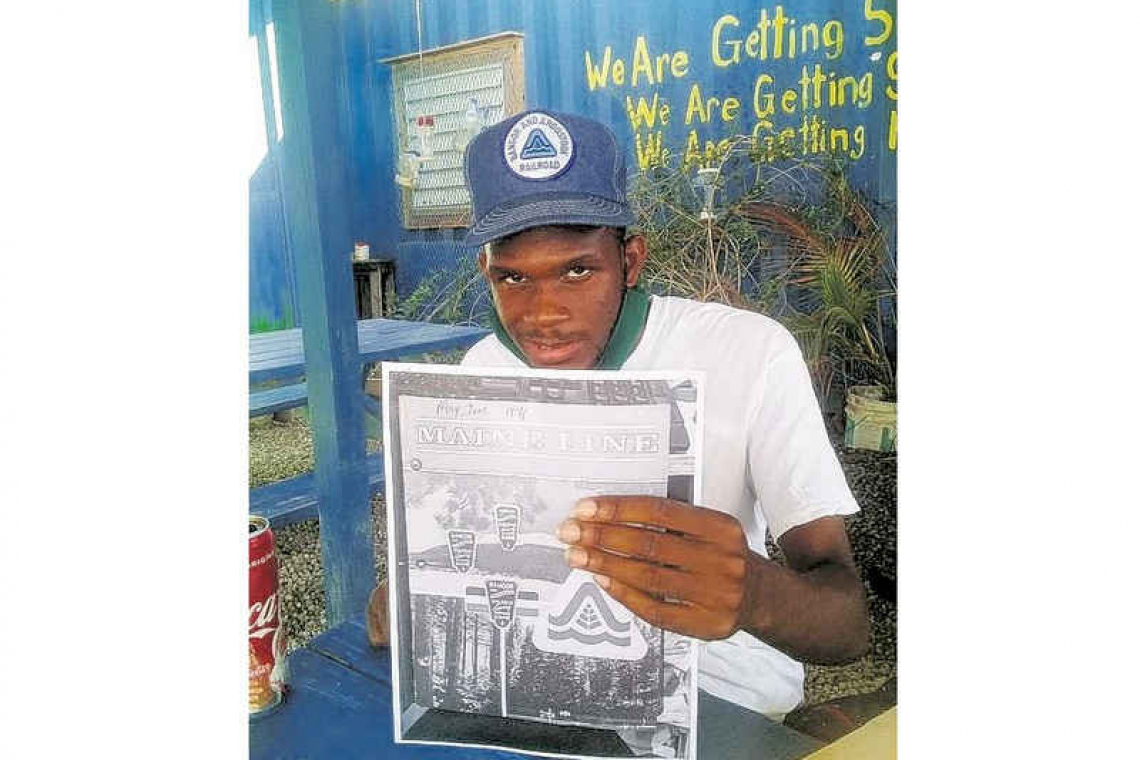 Player Development (PD) is empowering the next generation of local writers with an unexpected spin-off from a fun learning-to-write activity. PD founder, Coach Tom, said that when the children saw their names published in The Kids Herald, the spinoff effect on the young writers, Roger, Collis, Malik, Isaiah, Aloyel and Riley, was great.

He said since that first story appeared in 2019; some 45 stories written by the children have been printed in the paper. Most have been about trains, but there have also been stories about birds, bar codes, Roxey the Train Dog, Fire Houses, Hail and even a U.S. Navy pilot that landed on and took off from aircraft carriers.

To keep things interesting for the children at PD, Coach Tom contacted a train magazine based in Maine. A story was submitted and published. A second story was sent and has been approved for publication and a third story is already on its way up to the United States based magazine.

He also contacted their good friend and volunteer Conductor Steve. Not only is he a real conductor for the Long Island Rail Road (IIRR) – yes, rail road is two words as the LIRR was chartered before railroad became one word – but also is a volunteer at the Oyster Bay Railroad Museum on Long Island.

Player Development is a programme undertaken by Coach Tom within the Little League Baseball Association. “Character, Courage and Loyalty” is the motto of the Little League and thus the foundation of this program. We aim to provide a safe and fun learning environment outside school hours for children in need.

Coach Tom and his wife Lisa along with several dedicated volunteers use innovative teaching techniques to ensure that the best impact is made. Informal help with homework, Science Fair projects and reports are a big part of the programme. Math and reading components have been added. The learning sessions are held before practice and play time. To encourage participation, children are rewarded for good effort with a baseball card and delicious snacks.

To join volunteer.sx, go to PD’s portal and sign up to help. For more information, visit the PD Facebook page @ Player Development SXM.