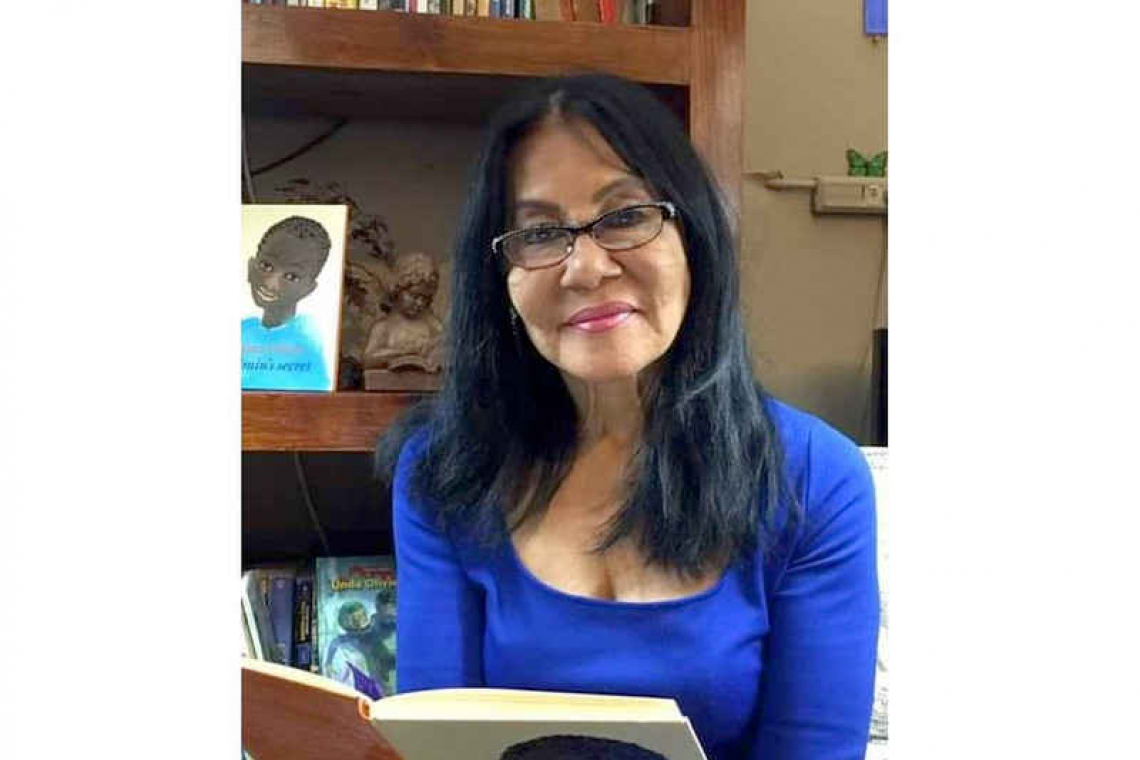 From Beyond Kultura Events Foundation

On Monday, July 11, Beyond Kultura Events Foundation received the sad news of the passing of author Diana Lebacs, in Curaçao.

Born in Curaçao, Diana Lebacs was a multi-talented author, poet, storyteller, teacher, Papiamentu translator and actor, who was well known in our Dutch Kingdom, Suriname and Cuba. Her career began as a trained schoolteacher. She later obtained her Master’s Degree in Education in Papiamentu Language and Literature at the University of Curaçao.

In 1971, she debuted with her Dutch youth novel Sherry, het begin van een begin. From 1974, she also started writing in Papiamentu. She is the first Antillean author to receive a Zilveren Griffel award for her children’s book Nancho van Bonaire. This book is the first of a set of four.

In the 70s and 80s, she was part of a group of storytellers Grupo Kuentanan Krioyo, under the direction of Tone Brulin of Belgium. Her youth novel Caimin’s geheim / Caimins secret won the award for youth literature of the Prins Bernhard Fonds Cultuurprijs Nederlandse Antillen & Aruba (2003).

Diana wrote and directed various children plays for theatre – such as, Buchi Wan Pia Fini, De Deur, Robin en Reuzenrobot, Flor di Kuskus. She also wrote, directed and performed in several theatre plays for adults – these include A Mid-summer Nights Dream and the film Boka Sar Antonio. Her most recent theatre play which she wrote and directed is Mente a kohe Ala / Mind got wings (2011) about a man who suffers from Alzheimer, and the most recent play she performed as an actress was The Vagina Monologues (2004).

Her latest film in which she acted, called Sensei Redemption (in Papiamentu, subtitled in English) was released in the Cinémas in Willemstad, Curaçao at the beginning of 2014.

Diana Lebacs has been very active as an educational professional coach and curriculum developer in the field of educational innovation.

In 2007, she received the royal nomination of Knight in the Order of Oranje Nassau (Ridder in de Orde van Oranje Nassau) from the Netherlands, for her work and continuous cultural, social, educational and artistic effort and support to the community of Curaçao.

In 2019, she visited Sint Maarten to share her storytelling skills and to hand over certificates to candidates of Beyond Kultura’s Storytelling programme. Her kindness and talents were valuable, mainly to our Dutch Caribbean societies. Condolences from Beyond Kultura Events Foundation to her daughter Melinda, family and friends. May her soul rest in eternal peace.