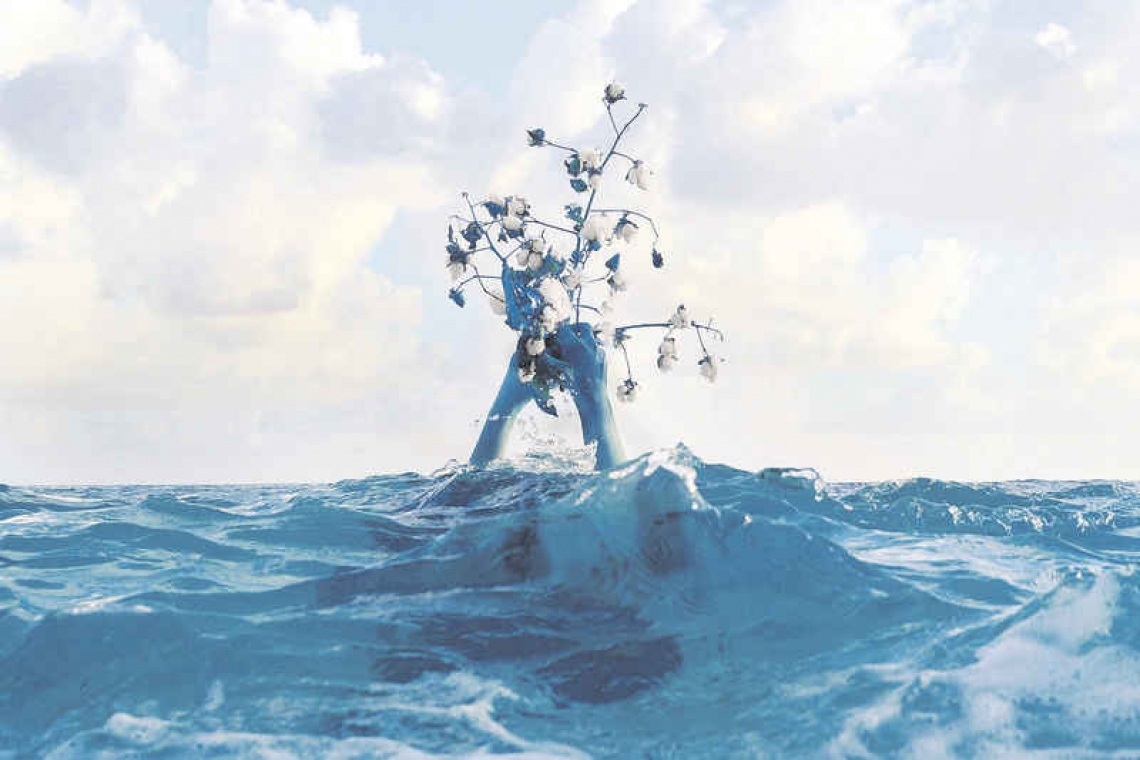 Rooted in Cole Bay, Lisandro Suriel has bloomed big in the global garden. His artistic eye and curious mind have led him to wide acclaim in Europe, South America and now in Asia. No stranger to the pages of The WEEKender, Suriel recently raised his own bar again, pushing his photographic and cultural project Ghost Island to expand into stories, dreams, shared imaginations and collective memories. As a result, the work was recently selected to be shown at the Singapore International Photography Festival.

Conversations with Suriel invariably include his unique knowledge base and perspective. He says his work is driven by an ecological approach to history and identity. “I find nature to be the ultimate truth – unlike human systems of law and justice, there is no ‘interpretation’ in the natural order of things other than the unfolding of reality. I deal with nature, as if it is a guru, a mother, or a friend that teaches us how to live and where we come from. In this way, it can be said that the forces of nature are my greatest influence, knowledge of which is passed down through generations of ancestors.”

Suriel aspires to influence St. Maarten’s view of itself, and to inspire the preservation of our history and identity to harmonization with nature.

“The ocean, for example, is a bridge to the past; our ancestral homes in Africa at various points in history. The ocean is at once a place of trauma for the African diaspora, as well as a place of transformation and healing. At the depths of the ocean lie many of our ancestors who passed away during their voyage, while that same ocean provided a means to escape the harsh realities of colonial life. The ocean is an example of how true beauty in nature is always tied to danger, and mystery. All things in nature can only be as beautiful as it is precarious, and somewhere in this law of nature lie the fundamentals of our reality and our experience of the sublime. This philosophy of nature is my greatest source of inspiration.”

Suriel honours the forces of nature as spirits which he calls by name: Yemanja, the mother goddess of the sea; Oxun, the goddess of rivers, beauty and sweet water; and Oya, spirit of the wind and stars.

When it comes to photography, Suriel insists it is not about the camera. “That’s like asking a writer which pen he uses.” More important, he says, are your ideas: “The most important perspective in photography is not where you stand with your camera to take a photo, but where you stand in the world as a person and how that is reflected in the images you make.”

For those hoping to follow his career path, he urges them to begin, take lots of photos, and don’t be afraid to make mistakes. “A lot about art-making is trying to stumble across accidents that you like so much, you want to replicate them over and over again. This is the fun and magic behind image making. I never go into a project, or a shoot, knowing exactly what the outcome is going to be. Of course, there are practical things like choosing a location, people to work with, stylistic attributes, but these should just comprise parameters for a general direction.”

Suriel began photography as a high school student at Milton Peters College – even though back then, he planned to study Veterinary Medicine. He would plan photo shoots with his friends and things would sometimes be intense, but he thought it was fun then, and he still does. In Suriel’s own words: “If you’re not enjoying what you do in life, what’s the point of living?” He added that he is nowhere near the end of his journey: “In fact, it is just beginning – so I am also still very much in the process of learning as I go.”

The WEEKender asked the artist the classic question about inviting any three people to dinner: “Who would they be and what would you serve?”

His answer reveals a peek at the depths of his soul:

“First, I would choose Mansa Abubakari II, ruler of the medieval Mali empire purported to have crossed the Atlantic Ocean before Columbus. He did so because he heard tales telling of lands that lay on the other side. After setting sail with an entire fleet of ships, he never returned. It is believed that he made landfall in Mesoamerica where he contributed to the cultures of its peoples.

“Second, I would choose Ivan van Sertima – a Guyanese-born British associate professor who studied the African origins of the Olmec in Mesoamerica as a pre-Columbian contact theory. Being a very distinguished man, he was recognized for his work in this field, being requested by the Nobel Committee of the Swedish Academy to nominate candidates for the Nobel Prize. Even by today’s standards, his ideas are profound and before its time.

“Third, Naomi Campbell, because she is an iconic woman who has rendered herself timeless by her ability to wield beauty. Potentially, beauty is a power that reveals truths and can shake the world in a way that gently reshapes it. True beauty inspires change and acceptance, and commands respect. By the spirit of her beauty, Naomi Campbell has never asked the world permission to be her authentic self. Most importantly, her presence on the world stage asks many of us across the African Diaspora to look at ourselves through the eyes of timelessness and see the same beauty in our selves.

“These three figures represent wisdom, critical thinking, and the conception of beauty that I try to incorporate into my work. This would in turn be the topic of discussion at dinner, where I would serve BBQ dishes – because dinner would be a campfire on the beach under a full moon.”