One last lesson from Gerard van Veen. Rest in peace to our dear contributor 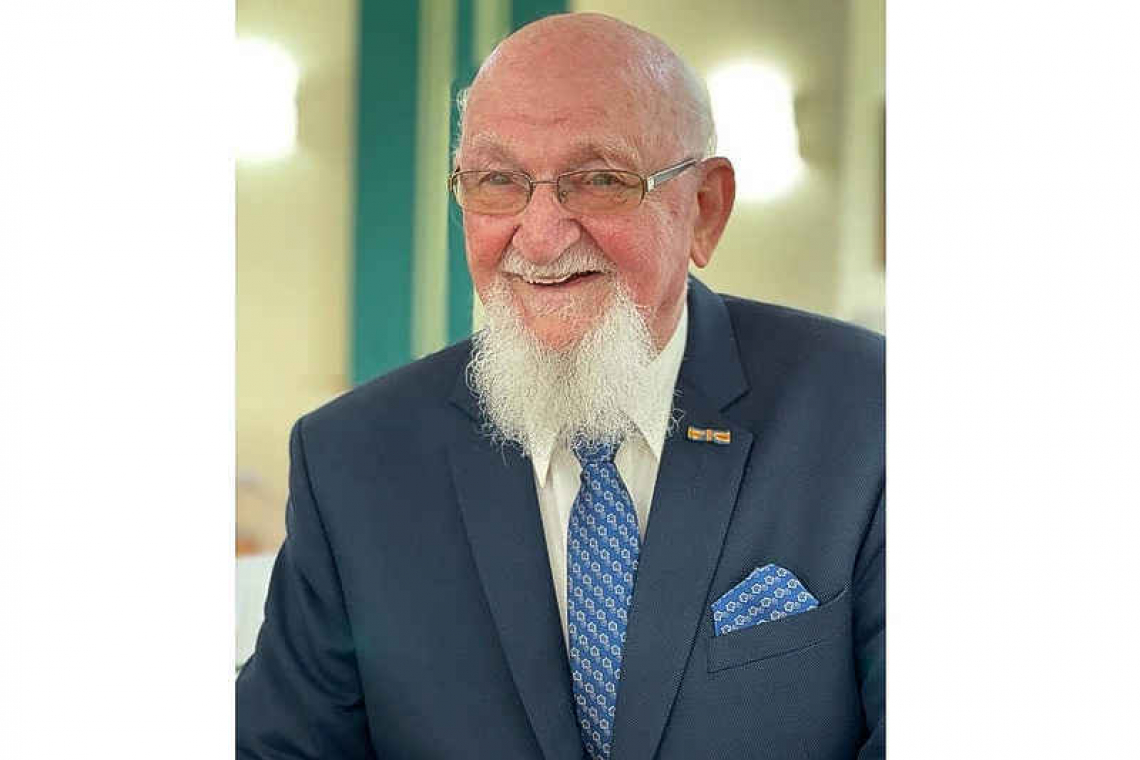 Gerard van Veen, widely known as an active member in the community, devout Catholic, and celebrated author, passed away on Sunday morning, March 13, after a long battle with illness, at the age of 88. He called St. Maarten his home since 1983.

This year marked his 25th year of writing for The Weekender, which he took great satisfaction in realising in February, after a break from writing due to illness. “Church News Bits” started at the request of The Daily Herald’s late founder Roger Snow, and has been a staple ever since. To celebrate this quarter of a century milestone, van Veen planned a series of articles focusing on the parish of St. Martin of Tours. He made it halfway through this series, with this last article sent in just two days before his passing. This is just one thing that exemplified his passion of sharing local history.

He will be dearly missed by his wife Bernadine, family, the church and literary communities, and The Daily Herald.

On the way to maturity

The arrival of a group “Religious Sisters” in our parish in 1890 contributed immensely to the growth of our Catholic community, in the sense that through their hard work and dedication, Catholic schools could be established; a small hospital could be organized and later expanded with district nursing and other services.

They immediately started the St. Joseph School in Great Bay where Sister Regina counted 85 pupils, a non-disciplined crowd, now ready to learn order and behaviour, reading and writing. When the priest came in one day, he asked a child in one of the first benches: “What is your name?” Several other children in the class provided the answers: “Miss, Sir”, “No, sir, she name is Mary Washington”, “You lie, Washington is she father name, she mother name Williams”, “No, sir, she father gone”, “You lie, she had never no father, sir!”

The nuns expanded their work territory after a couple of years and started classes also in Simpson Bay – at that time a difficult-to-reach part of the parish since that village was isolated from “the mainland”.

In 1894, parish priest Laurentius Suermond had built there a chapel, dedicated to St. Peter Gonzalez, a Dominican from Spain who was the protector of sailors, and also known under the name San Telmo. For the weekly Mass, the priest went over by boat and the nuns did not come every day, but stayed the whole week in the school and went home only for the weekend.

The San Telmo building served as a chapel until the church of Mary, Star of the Sea was built in 1965. It was also used as school till the Sister Regina school was built a few years later, and again some years later, it served as a play school. In 1933, the first Simpson Bay bridge was built, which made the communication between the two parts of the parish much easier. Many people “in town” and, for sure, the nuns and the priest applauded the bridge, but strange enough, quite a few Simpson Bay locals were not happy with it and preferred the isolation and feared too frequent visits of the “town people”.

They wrote a letter to Governor B.W.T. van Slobbe in Curaçao, stating that they did not need a bridge to go to school and church, because they had those themselves. If they wanted contact with town, they claimed, they could keep that via their fishing boats as they had always done. They asked the Governor for a much needed big cistern instead of a bridge. The solution of Van Slobbe was a bridge and a cistern as well.

A very important achievement for the parish was the establishing of a health care facility. The parish had inherited two small houses in Back Street on the spot where now Penny’s Department Store is located. Since there were sufficient houses in St. Maarten, nobody was interested to rent them.

Fr. Gijlswijk, the parish priest from 1903 till 1931, put the houses at the disposal of Dr. Shaw, the general practitioner, and he got the cooperation of the Dominican Sisters who recently were enforced with a few members trained in medical matters. They started to work in 1908. The official inauguration of St. Rose Hospital took place on January 1, 1910. St. Rose would stay in Back Street for 25 years, and in 1935, a new St. Rose Hospital opened its doors in Front Street, where St. Rose Arcade is now established. On the pavement, you can find the names of babies who were born there between 1935 and 1991.

In 1965, the hospital was transferred from the diocese to the White and Yellow Cross Foundation and more doctors and nurses were recruited and employed. One of the most legendary doctors at that time was Dr. Supit, who was loved by the people. There were rumours that he could operate on somebody with just a fork and a spoon! In 1991, the more modern St. Maarten Medical Center was built in Cay Hill, part of the St. Rose building became Home for the Elderly that later moved to the St. John’s area.