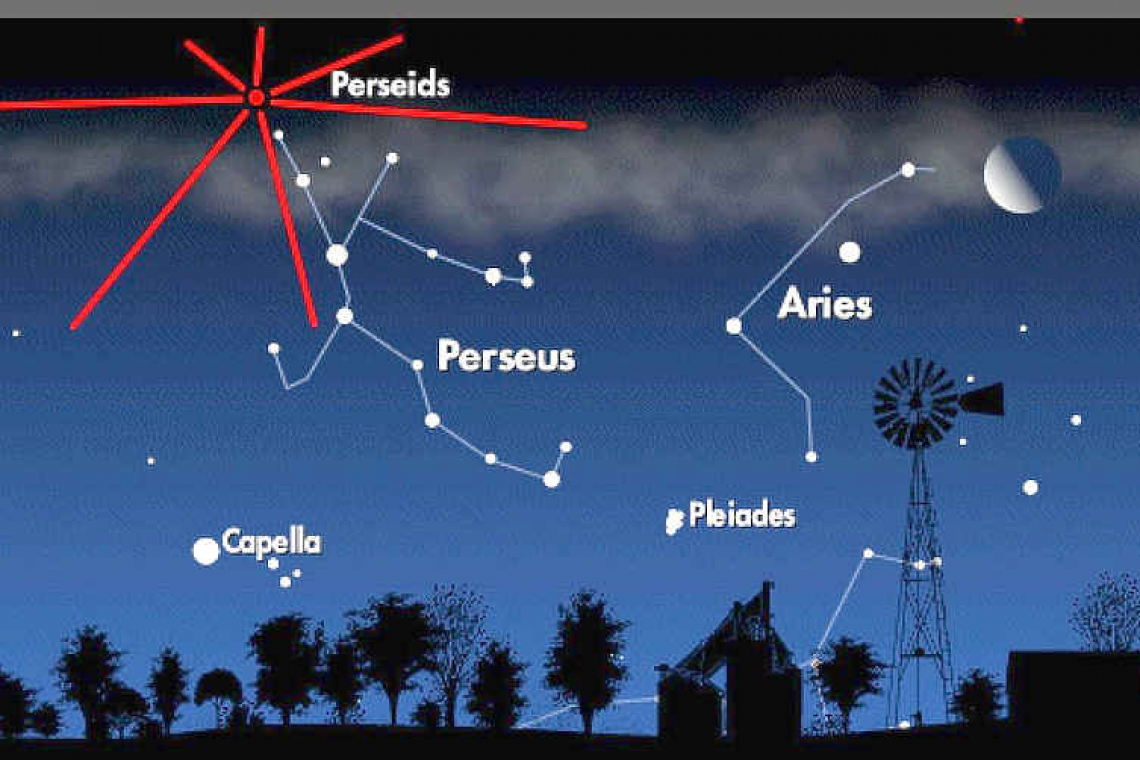 This weekend, there is something for the late night sky-watchers, as well as those who like to get out for the evening hours. The late night viewers should look out for the Perseid Meteor Shower, which is visible from late July to late August. The peak will be around August 11, but the full moon is also August 11 – meaning that many of the streaks of light could be washed out. Start looking now, as the Perseids are an outstanding meteor shower every year well worth a gaze upward after midnight.

During the evening hours, it’s all about the moon. This weekend, the moon will linger in the western sky after sunset, setting around midnight. The glowing lunar orb will be half lit, half dark – the shape of a half-circle, with the bright side aiming to the west in the direction of the sun.

This is an opportunity to use binoculars or your backyard telescope to observe the lunar surface. Consider that when the moon is full, it may be breath-taking, but the brightness overwhelms our eyesight. There are no shadows to offer contrast. It’s much like when the sun is directly overhead here on Earth.

At noon, you stand on your shadow; but when the sun hits us at an angle, the shadows extend out, stretching away from the source of light. This geometry of light and dark is true on earth, but also on the moon, on Mars, Venus, Jupiter and anywhere else subject to a single intense light source.

As you look up at the moon, focus in on the terminus line. That’s the division between the bright and the dark sides and it is where the shadows will be the strongest and thus you can appreciate the relief, the texture and topographic features such as craters, mountains and lava flows (traditionally called Mares).

Near the moon, look for Antares, a bright star with a reddish hue. It’s the brightest star in the constellation Scorpius and is sometimes called the “Scorpion’s Heart!” The word Antares comes from the Ancient Greeks and it means Rival of Mars! Mars was thought of as the god of war, and Ares was what they called Mars – and so Anti-Ares became Antares. The distant but huge red star appears to our eyes as similar in colour and brightness to the planet Mars, so naturally they must be rivals. Typical dudes, right?

For a more feminine take on our celestial relationships, I offer this perspective. If you were on a space ship, far from the earth, out in space, you might look back and see the moon and earth as a pair of spheres, and both would be half lit on the sun-ward side, and half dark on the opposite side. Our moon orbits us once each month, as we in turn orbit the sun, once each year. We are all tied together by gravity and momentum, twirling through space in an endless dance.