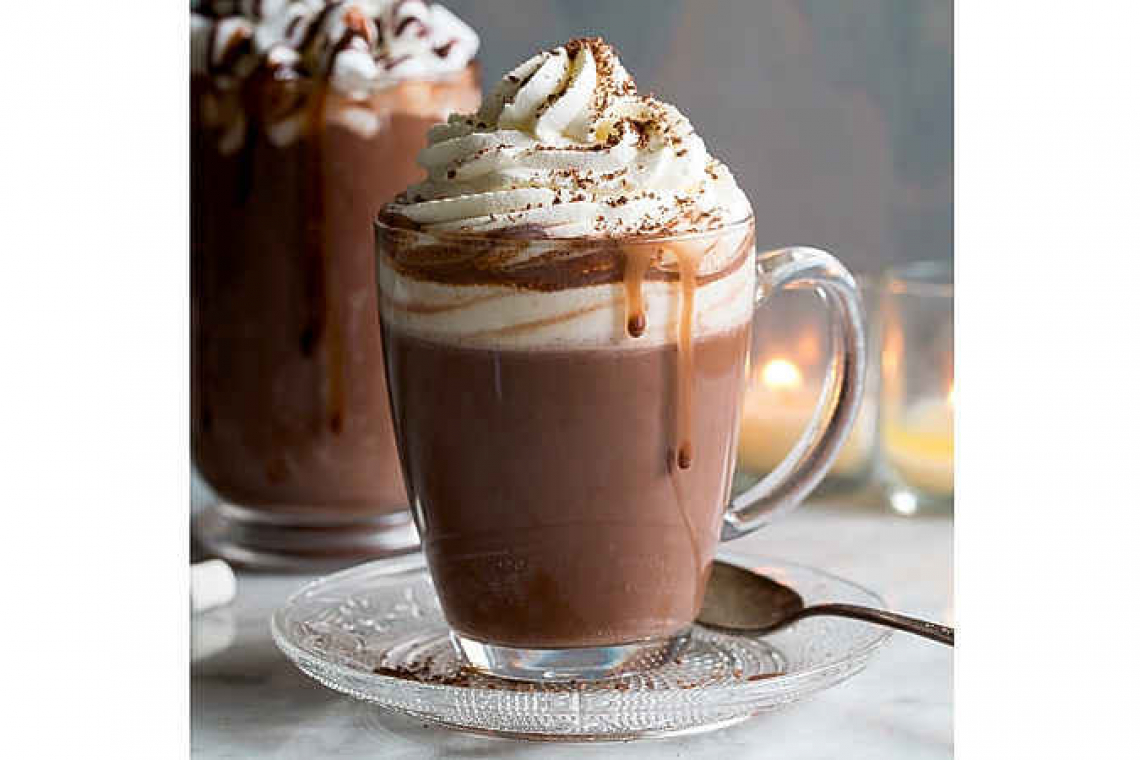 Diverse and indigenous cuisine brought by the many ethnic people to St. Maarten from all over the world piques our interest. To this end, we are on a quest to find where it comes from, if it is used for celebrations, if it is exotic to some but everyday food to others. Anything to do with keeping the body and soul nourished with that, which is produced from good old terra firma, is what makes the world go around.

Easter is coming up. Will there be Easter egg hunts? Will we get together for Easter feasts? My bet is yes, we will be celebrating because at the moment, we island dwellers all need to congratulate ourselves. We have worked hard at keeping our Covid numbers down and appear to have succeeded. Now we are getting our vaccinations – well, some of us are. I’m a wimp with needles, but I feel this is a necessary evil, which quite possibly is not evil at all, but a saviour to myself and others. Yes, I know it is science, but I am still a wimp with a needle, but if there is chocolate involved after this jab, then I will smile.

I will smile anyway if there is chocolate. I have preferences with chocolate, do you? Can’t stand the candy with fillings, unless it is nutty. Milk chocolate is cloying; artificial chocolate is a serious misdemeanour. Forget raisins or cherries and especially orange with any type of chocolate. Real chocolate, dark luxurious, bitter sweet and moreish – can’t go wrong with that.

For Easter, we used to get these bunnies that were out of this world; sometimes we got a chicken. I preferred the bunnies, because the ears were solid chocolate that would take time to melt in the mouth after a big bite was taken. My sister always bit the head of the chocolate-chicken off first. This I did not enjoy, made me think of the headless chicken running around the yard the day before “slaagged” (geslag to be correct) and plucked for Easter lunch!

Most of these Easter treats were milk chocolate (strangely they tasted so much better back then). One day, Dad offered me one of the adult Easter treats. No turning back after that dark, unctuous morsel – dark chocolate rules.

Chocolate is made from the pods of the cacao tree; each pod contains around 40 cacao beans. The beans are dried and roasted to create cocoa beans.

Man’s love affair with chocolate stretches back more than five millennia. Produced from trees native to the rainforests of Central and South America and considered “food of the gods” by those who lived in the area all those years ago, chocolate can be traced back not just to the ancient Mayans, but even earlier to the ancient Olmecs of southern Mexico.

The chocolate back then was offered as a rather bitter beverage – definitely not the sweet treat chocolate has become today. Mayan written history mentions chocolate drinks being used in celebrations and to finalize important transactions.

Chocolate during the Mayan era wasn’t reserved for the wealthy and powerful, but readily available to almost everyone. Chocolate was enjoyed with every meal. Mayan chocolate was thick and frothy and often combined with chili peppers, honey or water.

The Aztecs took chocolate admiration to another level as they believe their Gods provided it not just to eat/drink but as currency. In Aztec culture, cacao beans were considered more valuable than gold.

The Aztec ruler, Montezuma II, supposedly drank gallons of chocolate each day for energy and as an aphrodisiac!

There are conflicting stories as to how chocolate reached Europe, but arrive there is did – first in Spain, then in Germany from about 1502-1544. No matter the dates and who took it over in their little wooden sailing vessels, by the late 1500s it was a much-loved indulgence in the Spanish court. It is thanks to the slaves that the plantations could be worked as they were, and chocolate could continue being exported to the lushes in Europe.

Soon the Europeans started experimenting and the traditional Aztec chocolate drink became a very different baby when cane sugar, cinnamon and other spices and flavourings were added.

“Chocolate arrived in Florida on a Spanish ship in 1641. It’s thought that the first American chocolate house opened in Boston in 1682. By 1773, cocoa beans were a major American colony import and chocolate was enjoyed by people of all classes.”

In 1828, a Dutch chemist discovered a way to treat cacao beans with alkaline salts to make a powdered chocolate that was easier to mix with water. “The process became known as “Dutch processing” and the chocolate produced called cacao powder or “Dutch cocoa.” A cocoa press was also developed around this time where the cocoa butter was separated from roasted cocoa beans – this inexpensive way lead to mass produced chocolate products.

In 1847, a British chocolatier created the first chocolate bar moulded from a paste made of sugar, chocolate liquor and cocoa butter. Then a Swiss chap added dried milk powder to chocolate to create milk chocolate in 1876. Finally, someone called Henri Nestle created the Nestle Company and milk chocolate flooded the mass market.

More tests and trials and mixing went on in the various chocolate factories (how wonderful it must be to be a chocolate taster) and by the late 19th-early 20th centuries, chocolate companies (Cadbury, Mars, Nestle and Hershey) were mass-producing a variety of chocolate confections.

The chocolate bar isn’t really thought to be that healthy, but dark chocolate has earned its place as a heart-healthy, antioxidant-rich treat. I know a couple oldies who are still going strong – due to a piece of dark chocolate, they say, and a “slukkie rooiwyn” after dinner each evening! (Some of them even smoke still, a travesty – as surely it affects the flavour of red wine and dark, smooth melty chocolate.)

All chocolate is made from cocoa beans, but there are many kinds of chocolate:

Unsweetened – Pure, ground roasted cocoa nibs and cocoa butter – a good base for any sweetened chocolate or baking recipe.

Milk chocolate – No guess here to know that there would be more milk solids, sugar and less chocolate liquor.

White chocolate – Actually, technically, this is not chocolate at all as it contains no chocolate liquor. It is made from the cocoa butter, milk solids and sugar!

Chocolate is not only found in sweet recipes! Research online and you will find many recipes; some are quite fussy. Here is a quick one.

Transfer juices to a small saucepan.

Bring to a boil.

Mix corn starch and water until smooth then gradually stir into boiling juices.

Melt chocolate and butter in a small bowl in the microwave or over simmering water (don’t let the bowl touch the water) – set aside.

Stir together and then sieve one and 1/3 cups white sugar, flour, baking powder, salt into a large bowl.

Gently cover the smooth top of cake batter in the deep dish.

Pour 2 cups water over the lot very gently – do not stir.

Bake 1 hour – there will be a crusty top and a sauce when cooked.

Stir it all together.

Add ½ cup milk and gently bring it to a boil, stirring.

Add remaining 4 cups milk and bring just to a boil, beating with a whisk.