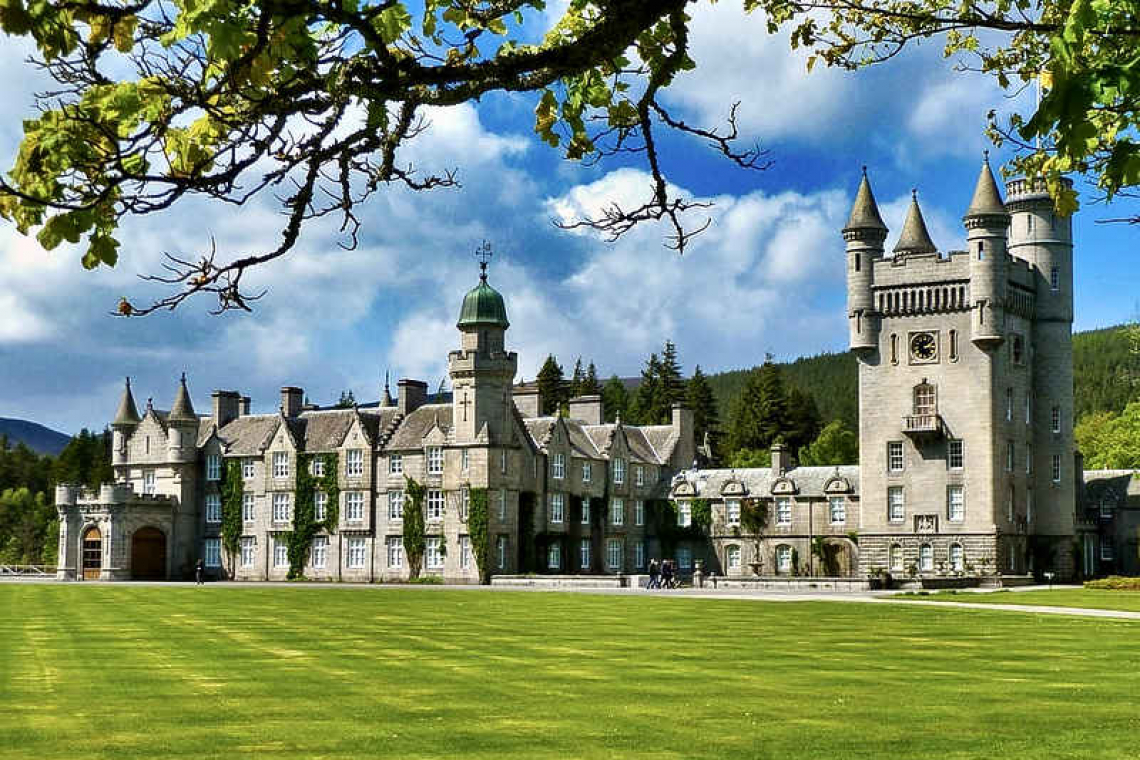 We have had two emotional feelings to contend with these past few days: Sadness and Joy, Gratefulness and Hope. Life is ongoing through all this.

No matter what one’s ideas are on who, what, or how things politically should be; our sadness is being experienced by many across the world as we say goodbye to the Queen of England – a person who captured the hearts of people with her sense of duty and her wit. Life is not easy being in the limelight – and certainly not easy having to adhere to protocols and way of life that the royals have to follow.

It must be very hard, at the moment, for the family of the Queen to mourn, as no matter what they do turns into a media frenzy. But at the end of all the incredible funeral events, they will hopefully be able to escape for a few hours or days to a castle or two.

The Queen escaped to her favourite place as often as she could – this was to Scotland to a castle called Balmoral. The most favourite of all the homes she had to live in. Not only did she love the fact she could walk or ride in the wilds of the highlands, out of sight of the media, but she loved the people of Scotland and she was well loved in return.

Her son, now King Charles III, may turn the castle into a place that the public can visit. That would be fun. Balmoral has quite a history.

Interesting titbit: Balmoral was first recorded as “Bouchmorale” in 1451. The first element in the name is thought to be the Gaelic “both”, meaning “a hut”, but the second part is uncertain.

Balmoral Castle is a large estate house in Aberdeenshire, Scotland. Yes, it is not of huge palace proportions – neither is it a small house in any sense of the word. Balmoral is privately owned; it is a residence of the British royal family and remains the private property of the monarch. It is not part of the Crown Estate. The Queen loved spending summers there and it is where she died on September 8, 2022.

The estate and its original castle were bought by the husband of Queen Victoria, Prince Albert. He bought the place from a family called Farquharson in 1852. However, they found it to be too small so they commissioned a Scottish architect to build a new and bigger house. The new castle was completed in 1856 and the old castle demolished shortly thereafter. The castle is an example of Scottish baronial architecture, and is classified by Historic Environment Scotland as a category A listed building.

The Balmoral Estate has grown as successive members of the royal family have invested in more land. It is a working estate of approximately 50,000 acres with grouse (wild birds) moors, forestry and farmland, as well as managed herds of deer, Highland cattle, sheep and ponies.

“King Robert II of Scotland (1316–1390) had a hunting lodge in the area. Historical records indicate that a house at Balmoral was built by Sir William Drummond in 1390. The estate was later tenanted by Alexander Gordon, second son of the 1st Earl of Huntly. A tower house was built on the estate by the Gordons.

In 1662, the estate passed to Charles Farquharson of Inverey, brother of John Farquharson, the “Black Colonel”. The Farquharsons were Jacobite sympathizers and James Farquharson of Balmoral was involved in both the 1715 and 1745 rebellions. He was wounded at the Battle of Falkirk in 1746. The Farquharson estates were forfeited, and passed to the Farquharsons of Auchendryne. In 1798, James Duff, 2nd Earl Fife, acquired Balmoral and leased the castle. Sir Robert Gordon, a younger brother of the 4th Earl of Aberdeen, acquired the lease in 1830. He made major alterations to the original castle at Balmoral, including baronial-style extensions.”

In 1842, five years after becoming Queen, and two years after her marriage, Queen Victoria and Prince Albert made their first visit to Scotland. Over a few years, the royal couple stayed in various places. On one trip, there was so much rain that the Queen’s doctor recommended they find somewhere to stay in Deeside as it has a healthier climate.

In February 1848, an arrangement was made that Prince Albert would acquire the lease on Balmoral, together with its furniture and staff, without having seen the property first. The royal couple arrived for their first visit on September 8, 1848. Victoria found the house “small but pretty”, and recorded in her diary that: “All seemed to breathe freedom and peace, and to make one forget the world and its sad turmoils.” The surrounding hilly landscape reminded them of Prince Albert’s homeland in Germany.

Soon they found the house too small for their needs. In fact, a corrugated iron building was set up temporarily to be used as a ballroom and dining room – taken down after the new house was finished, of course.

The royal couple had nine children within 17 years and with this growing family and the need for additional staff, and extra quarters required for visiting friends and official visitors, it meant that a newer, bigger place was needed. While the new place was built, the royal family still went up and stayed in the original “cottage”.

Finally, they moved in – even with the tower being unfinished. It was autumn and as history has a weird way with it; shortly after their arrival at the estate, news circulated about the fall of Sevastopol, ending the Crimean War! The ballroom was put to good use with the celebrating of the end of that war!

The purchase of a Scottish estate by Victoria and Albert and their adoption of a Scottish architectural style were influential for the ongoing revival of Highland culture. They decorated Balmoral with tartans and attended highland games at Braemar. Queen Victoria expressed an affinity for Scotland, even professing herself to be a Jacobite. It was said that “the Scottishness of Balmoral helped to give the monarchy a truly British dimension for the first time.”

Balmoral was where the royals could relax, taking long walks in the hills and act more “like gentry” than as royals. The love of Scotland has been there with them all.

There can only be joy at the news that the war in the Ukraine is moving along and the occupiers are being sent packing. The events unfolding there are happening at a great rate and stories coming out of the atrocities from the occupiers are mind numbing. War – no matter what era it or where in the world it takes place – affects the ordinary people unfairly in every which way one looks at it.

Scotland is well-known for its whisky. Spelled “whisky” without the “e” in Scotland and Canada; the word is spelled with an “e” in the United States and Ireland – “whiskey”. I prefer to spell it my ancestral way –”whisky”.

Scottish Cauliflower Cheese – this recipe has the added depth of flavour that whisky gives.

Place into an ovenproof dish with the chopped mushrooms and green peppers.

When cheese has melted, remove from heat and mix in the whisky and oatmeal.

Add salt and pepper to taste and the pinch of nutmeg.

Bake in oven for 45 minutes.

Season with salt and pepper.

Place chicken thighs in hot pan, skin side down.

Remove and set aside.

Add remaining butter to pan and sauté onions about 5 minutes, stirring, until softened.

Return chicken to pan, skin side up.

Simmer 25 minutes until chicken is cooked through.

Add peas and allow to simmer a few minutes.

Sprinkle on parsley and serve.

Potatoes go well with this as a side dish

Boil potatoes with skin on.

Place potatoes on baking tray and press each one down to flatten with the bottom of a glass.

Sprinkle with salt and olive oil.

Bake in a 350° F until crispy – about 25 mins
(Depending on the potatoes, some take longer to crisp up – don’t let them overcook.)