Deeply in love with dance: Get to know Teacher Rudy 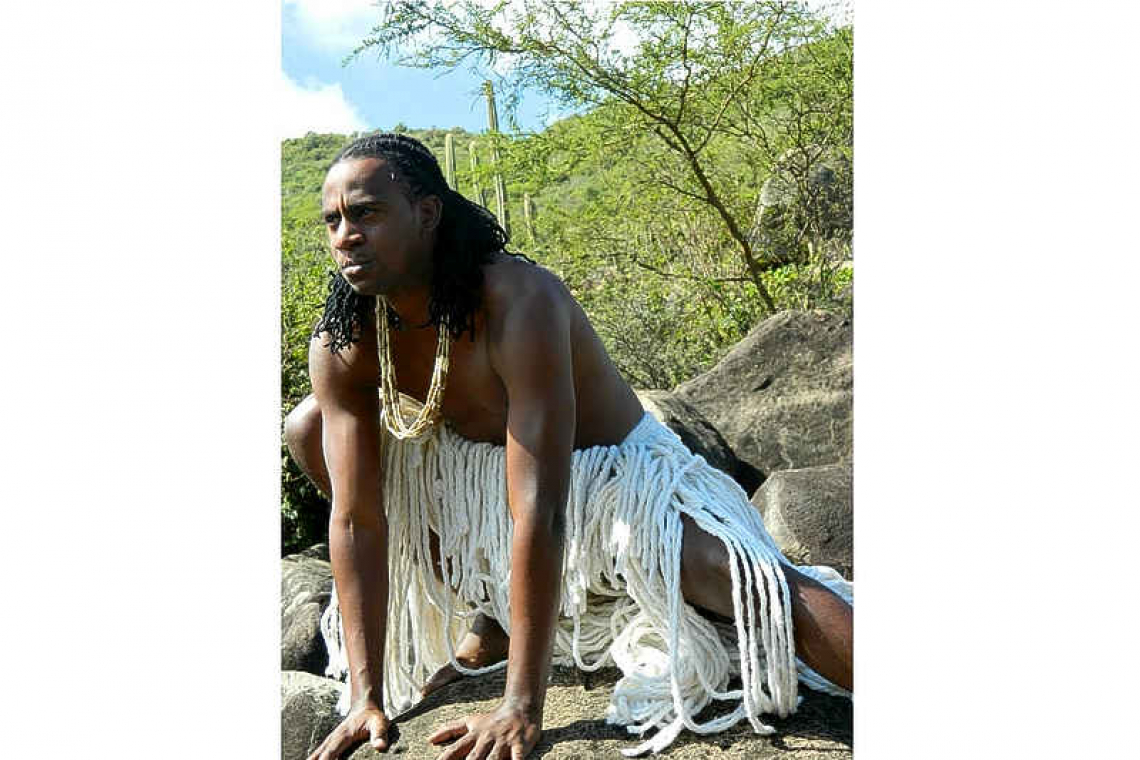 Rudolph Davis, or Teacher Rudy as he is affectionately called, is one of St. Maarten’s most recognisable faces in the dance world – performing at major cultural events, and having been a dancer and/or instructor in training with Motiance Dance School, Imbali Center for Creative Movement, and National Institute of the Arts (NIA).

Rudy started to really explore his love for dance as a teen in March 1997, when he joined Motiance Dance School – which many years later became NIA – and took classes in Modern Contemporary, Ballet, Afro-Caribbean, Afro-Brazilian and Jazz.

After years of professional development and following his passion, he realised his dream of creating Rudy’s Performing Arts Dance & Expressions, where he serves as Artistic Director. Let’s get to know him a little better.

Tell us about your earlier days as a dancer, when it was still a hobby.

My early days of dancing as a teen were a serious matter for me. I fell so deeply in love with dance, that at an early stage, I knew I wanted to become a dance instructor. I used to dance every day of the week and sometimes on Sundays for extra rehearsals for a specific dance production.

I’d always wanted to take dance class as my late cousin Christian Lloyd would take me with him when he was working as an administrator at Motiance Dance School. There, I would sit and watch through the flexy glass for a few years, as I was young and my mother didn’t want me to dance at all.

When I was at a suitable age, I went to [the late] Mr. Cees van Dolderen and asked him for permission to dance, but told him I couldn’t afford to pay and would do so once I got a job. He agreed and that is where it all began.

Even though I used to go to dance classes, I never told my mom. When she found out, I would get punished by getting licks – but that never stopped me – it became a trend…hahaha.

Even when I was a lot younger, I always had the guts to dance at any birthday party, even at small dance competitions for children, and I would win. When you’re a child, it’s like you have no fear to do certain things.

What production are you the proudest to have been a part of?

In my early days of dancing, I was super proud to be in numerous performances, but my favourite was Cats.

When did you decide to make dance your career?

One day, someone mentioned something to me about a school in Jamaica called “Edna Manley College of the Visual and Performing Arts”, so I went online and looked it up and wrote them a letter. I received a packet with all the necessary information about the school, but I couldn’t afford it.

In 2004, I started dancing with Imbali Creative Movements Dance Center with Ms. Clara Reyes. I worked as her apprentice for a year a half. Then she turned to me one day in June 2005 and said “Rudy, I can pay you right now $2000 for all the work you have been doing at Imbali Dance Center, or I can send you to an intensive summer dance programme in Kingston, Jamaica, to the prestigious Edna Manley College for the Visual and Performing Arts School of Dance.” I was so excited and shouted yes! She laughed and smiled happily that I chose to go!

After that year and the course in Jamaica, it became more serious to me. Even though I was teaching mostly Afro-Caribbean in St. Maarten, it became more serious in 2006 when Clara Reyes said to me one day: “Rudy, prepare yourself, because you will be moving to Jamaica for a few years to become the dancer/dance instructor you should be.” In June, she (Clara Reyes) sent me to study Dance Education.

To be honest, I never felt like I was a great, inspiring dancer, because I started dancing at 16 and I was not that flexible – even though that changed a while later. I never saw myself as a big performer, but as more of a dance educator; so I centred everything on teaching dance and choreography.

How was your time in Jamaica?

My time in Jamaica was simply amazing, but of course it came with a lot of obstacles. I must stress on how loving the instructors are – they were always willing to help in any matter where dance or personal life was concerned.

The knowledge I gained there had me on cloud 100. It was so much information, I didn’t want to forget anything, so in every class, I had a notebook and wrote down everything the teacher was explaining, and that was for every practical class.

Some of the most important knowledge gained was from Kinesiology – it was one of the hardest classes. I literally used to cry, as it was an elective and I didn’t have to do it, but thought it was part of my class. The good thing is I passed it, and it was very vital to me and my future students.

What inspires you? What do you want your students and the public to appreciate about the art?

What I want the public and students to appreciate is the consistency, discipline, and respect we give to them and their children when teaching dance education or any form of dance.

I want people to believe in themselves/ their children – they can become anything they desire. Parents should allow their children to choose what they want to become in life, and it doesn’t have to be a dancer. We would love to have a few choose that career path, but let them have a choice of their own!

What is one thing you are looking forward to this year?

This year, I am truly looking forward to having my first Dance Company and Junior Company performance. Due to COVID-19, we didn’t have any dance recitals in 2020-2021.