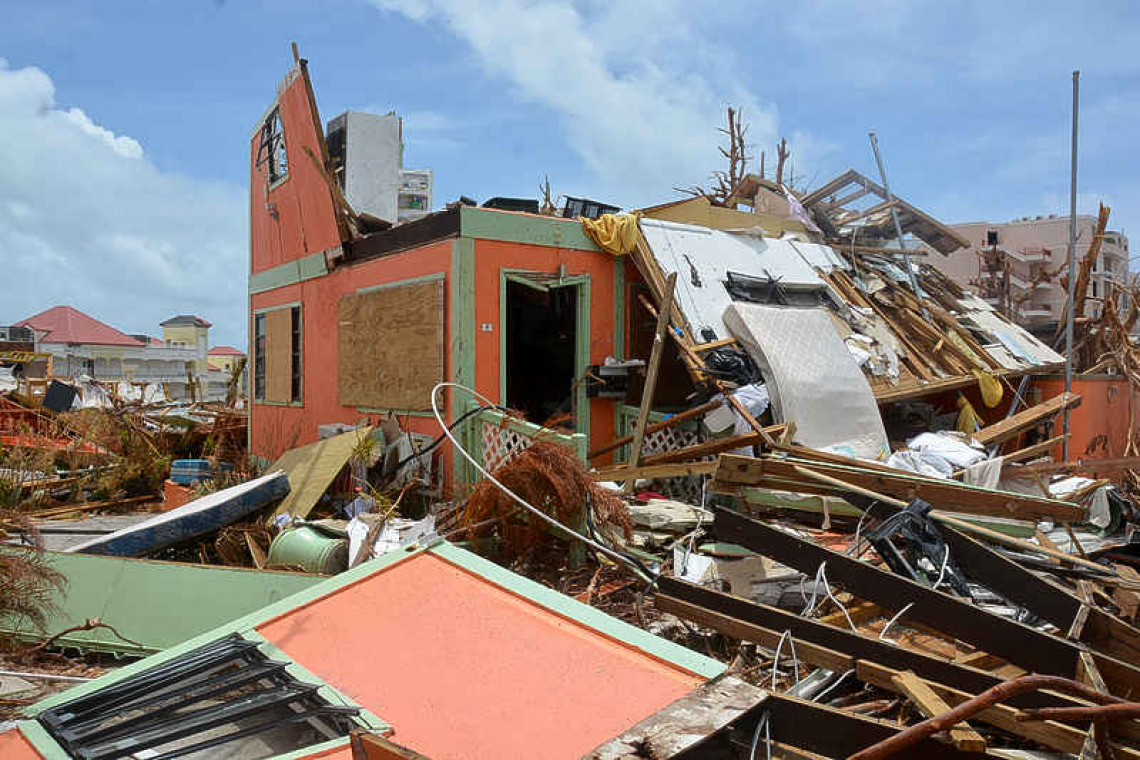 The reason for this is the COP26 climate summit, which was held in Glasgow, Scotland, from November 1 to November 12.

According to Bervoets, DCNA has brought attention to the existential crises as a result of the changing climate during recently held meetings with various Members of Parliament and directorates in the Netherlands.

“We had to remind politicians in The Hague that the various agreements regarding climate change apply to the entire Kingdom of the Netherlands and not just to the Netherlands,” says Bervoets.

“We had to explain issues like increased hurricanes, coral bleaching, sargassum invasions and droughts to what we assume are experts on climate change, but had no idea about these effects. This is both disappointing and alarming.”

At the climate summit in Glasgow, nearly two hundred countries were looking for ways to reduce global greenhouse gas emissions. Curaçao was not present. The island therefore makes no significant contribution to the global greenhouse gas problem. However, like the other Caribbean islands, Curaçao will have to deal with the consequences of global warming.

The Intergovernmental Panel on Climate Change (IPPC), a United Nations (UN) working group on Climate Change, has predicted that for the Caribbean region, a 1.4-degree increase in air temperature will lead to a 5 to 6 percent decrease in rainfall, an increase in the frequency and intensity of extreme weather events, including a 66 percent increase in hurricane intensity; and a sea level rise of 0.5 to 0.6 meters due to thermal expansion of water and glacial melt.

These climate change predictions are especially concerning in the context of an already visible warming trend. DCNA: “According to recent data, average temperatures in the Caribbean Netherlands have risen sharply over the past 40 years. In Curaçao, research by the Meteorological Department has shown that the island has seen more and more warm days and fewer cooler nights in recent decades.”

Since the islands of the Caribbean Netherlands form two geographically distinct groups, separated by more than 900 km of open water, climate change is not expected to affect these two archipelagos in the same way. Aruba, Bonaire and Curaçao are located in the southern Caribbean, an area that is expected to become warmer and drier, with longer seasonal dry periods. Saba, St. Eustatius and St. Maarten, which are located in the north-eastern Caribbean and thus within the Caribbean hurricane belt, are expected to experience more frequent and more violent tropical hurricanes.

The economy of the Dutch Caribbean islands is largely dependent on tourism, and it is expected that this single economic pillar will also be drastically affected: “Increase in storms and hurricanes can lead to tourists experiencing the destination as unsafe; beach erosion and coral bleaching can negatively affect the perception of the destination’s attractiveness. In addition, there is an increased risk of damage to residential areas on coastal towns from severe hurricanes and other storms and of damage to tourist attractions,” DCNA said.

Photo: A look-back at the after-effects of Hurricane Irma in St. Maarten (John Halley/ The Daily Herald photo). DCNA recently brought climate change related crises, such as increased hurricanes, for the Dutch Caribbean islands, to the attention of the Dutch government.