Caught out! The young Alexander Hamilton on St. Eustatius 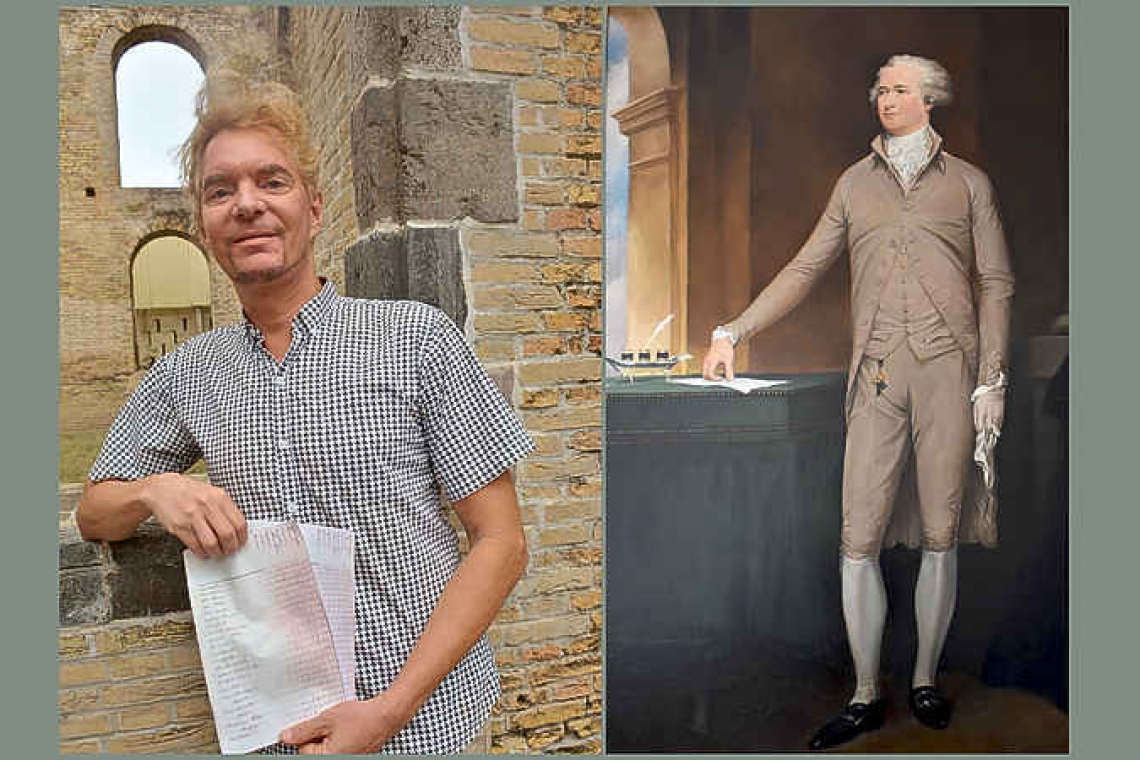 New local discoveries in Dutch colonial records show that Alexander Hamilton, US Founding Father and Broadway hero, spent more time of his youth on 18th century St. Eustatius (Dutch Caribbean) than previously assumed. Founder of the US government financial system, a principal redactor on impeachment and currently popularized through the tremendous success of “Hamilton” – the hit Broadway musical – Hamilton never divulged much about his early youth and is now believed to have even lied about his birth date.

In his book, Discovering Hamilton (2019), US historian Michael E. Newton (2019) proved that Hamilton was on St. Eustatius with his parents, although it was not known for how long. Inspired by Newton’s discovery and the subsequent visit of the Alexander Hamilton Awareness Society to his island, St. Eustatius Monuments Director and local historian Walter Hellebrand started delving into historical records at his disposal.

During the colonial era; the island’s governor yearly sent a list of inhabitants to his principals, the (Dutch) West India Company. These records were used to establish the size of the population on the island (both free and enslaved persons) and to determine who had to pay poll tax and how much. They listed members of the households and the number of enslaved men, women and children per household.

When going through the census lists that were available to him locally, Hellebrand found James Hamilton listed with wife and two sons for the years 1763, 1764 and 1766. This corresponds with the Hamilton household: James sr. and Rachel Faucett with their sons James jr. and Alexander. It also fits into blanks of Hamilton's whereabouts over time.

Sergio Villavicencio, vice president of the New York based Alexander Hamilton Awareness Society, reacted: “Since our visit to St. Eustatius, we have been working behind the scenes with Walter Hellebrand when he made subsequent census discoveries indicating that the Hamilton family lived longer on St. Eustatius than previously thought.”

Hellebrand explains: “Alexander was born out of wedlock and his father fled from St. Kitts to St. Eustatius to escape his debtors. This may explain why he would rather not talk about his youth. Alexander’s mother had already served jail time on St. Croix for an extramarital affair.

“On Dutch St. Eustatius, the left hand would not know what the right hand was about. Here, the couple even paraded as man and wife long before Rachel’s husband had secured a divorce from her. St. Eustatius was one of the wealthiest and busiest places in the eighteenth century and the Hamiltons would be attracted by its opportunities and anonymity.”

As elusive as Hamilton was about his childhood, he shared one happy memory with his children – and we now know it took place on St. Eustatius: the Jewish lady who was his teacher and who put him on a table to recite The Ten Commandments in Hebrew.