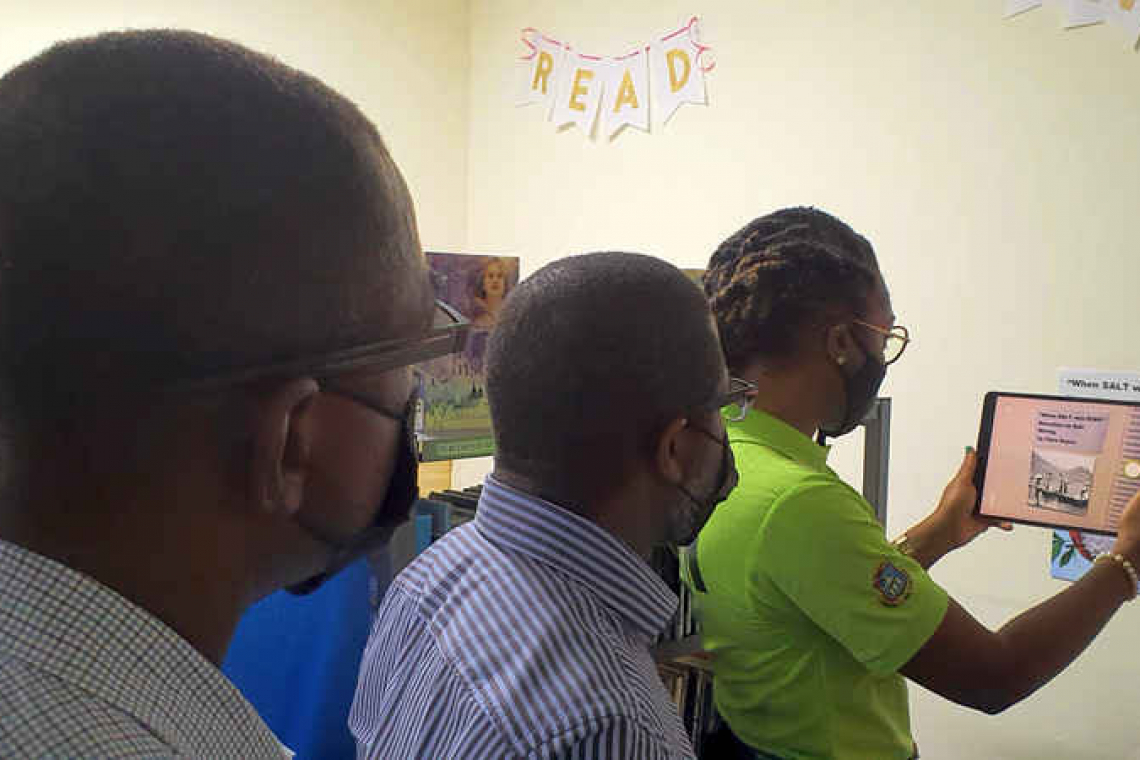 Philipsburg Jubilee Library (PJL) celebrated its 97th anniversary on Monday evening, paying tribute to preservation pioneers, reflecting on its journey, its role in society and, most importantly, focusing on securing its future along with other important cultural heritage institutions.

An innovative, multifunctional, state-of-the art building housing the library, Sint Martin Archaeological Center Foundation SIMARC, and the St. Maarten National Heritage Foundation is the ambitious aim of the three entities, and realising this dream was a major focus of Monday evening’s ceremony. The library hopes to achieve this in time for its 100th anniversary, in the year 2023.

Past and present board members, management and staff, government dignitaries, including Prime Minister Silveria Jacobs and Culture Department Head Clara Reyes, MC Michael Ferrier, investors, and other stakeholders gathered to celebrate the library in its humble locale. Memories were shared, and the importance of access to knowledge and the island’s cultural assets to all was underscored.

Three pioneers, who were interviewed for a documentary launched at the event, were honoured for their roles in preserving local heritage.

These were PJL’s first Director Blanca Hodge, former Museum Director Elsje Bosch, and Government Archivist Alfonso Blijden. Blijden was unable to attend due to medical reasons, and was represented on Monday by his protégé David Richardson. They shared their experiences, passions, concerns and hopes for the future.

PJL is making the most of its situation, but is cramped into a small space after facing the ravages of Hurricane Irma and looting during the aftermath. As pointed out by former Director Hodge, the library had been one of the best equipped on the islands.

In an organised and well thought out, but very tiny space, the library is using technology to its advantage, and taking innovation seriously.

Guests took a tour of the facilities, and were introduced to iStep, which allows guests to explore the island’s heritage through video presentations on their smartphones.

Familiar faces and voices walk visitors through history, at set, themed markers. The app is available for download for free, and can be used by visitors on their own. This attitude of innovation and drive carries on to the vision of the new National Heritage Center which is meant to have something for everyone, every day.

In order to secure its continuity, as well as proper maintenance, the centre is also designed with commercial interests in mind, such as office spaces for rent, retail space, a Grand Café, and souvenir shops.

While some funding has been secured, support for the National Heritage Center, which stands to benefit the entire population, is crucial. Potential investors are asked to contact PJL directly.