A celestial Grand Central Station: Looking up at the Night Sky 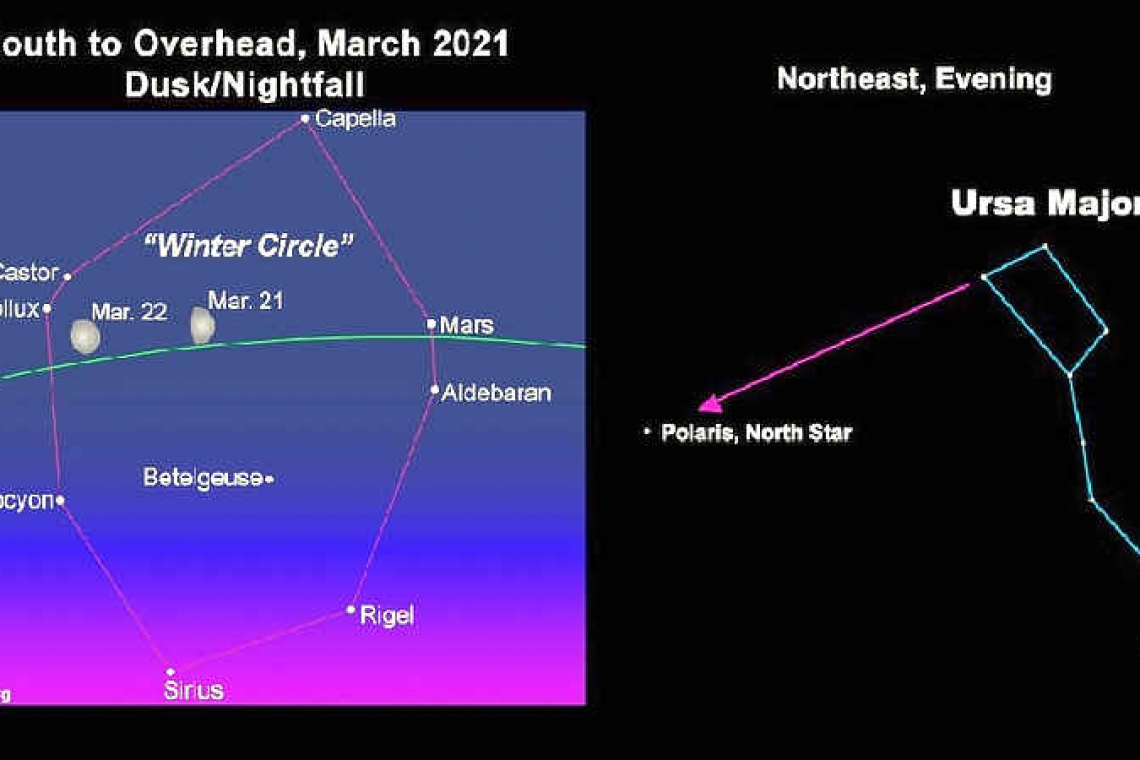 This weekend will be like a celestial Grand Central Station. Plenty of reason to consider the stars and planets – it’s what we used to call a happening, for those keen to pay attention.

Let’s start with the spring equinox. On this day, no matter where on earth you might stand (with the exception of the extreme poles) the sun rises and falls due east and due west.

To fully comprehend why the sun does this on the Equinox, you have to think of the reality of Earth in space and its relationship to the sun and the solar system.

Have you ever wondered why the sun’s path across our sky shifts from summer to winter? It’s because our world is tilted on its axis with respect to the plane of the solar system.

The equinox is real, not imaginary. It’s just as real as the sun’s passage across the sky each day and as real as the change of the seasons. Some may choose to mark the equinox with a sundowner cocktail, while others may get on a yoga mat for a few sun salutations. Whatever floats your boat, get ready, because the equinox signals a change, the earth’s tilted momentum is spinning us toward summer’s long days and shorter nights. Of course this is written from the perspective of the Northern Hemisphere – apologies to those down under!

Meanwhile, the night sky lights up with a nearly half moon sitting amid the stars of the Winter Circle. Look for the twin stars of Gemini, Castor and Pollux, directly overhead early in the evening on Saturday.

Later sky watchers can find the Big Dipper high in the northern sky and Leo the lion holding court directly overhead. By looking low toward the southern horizon, seek out the Southern Cross, a humble but highly valued navigational constellation.