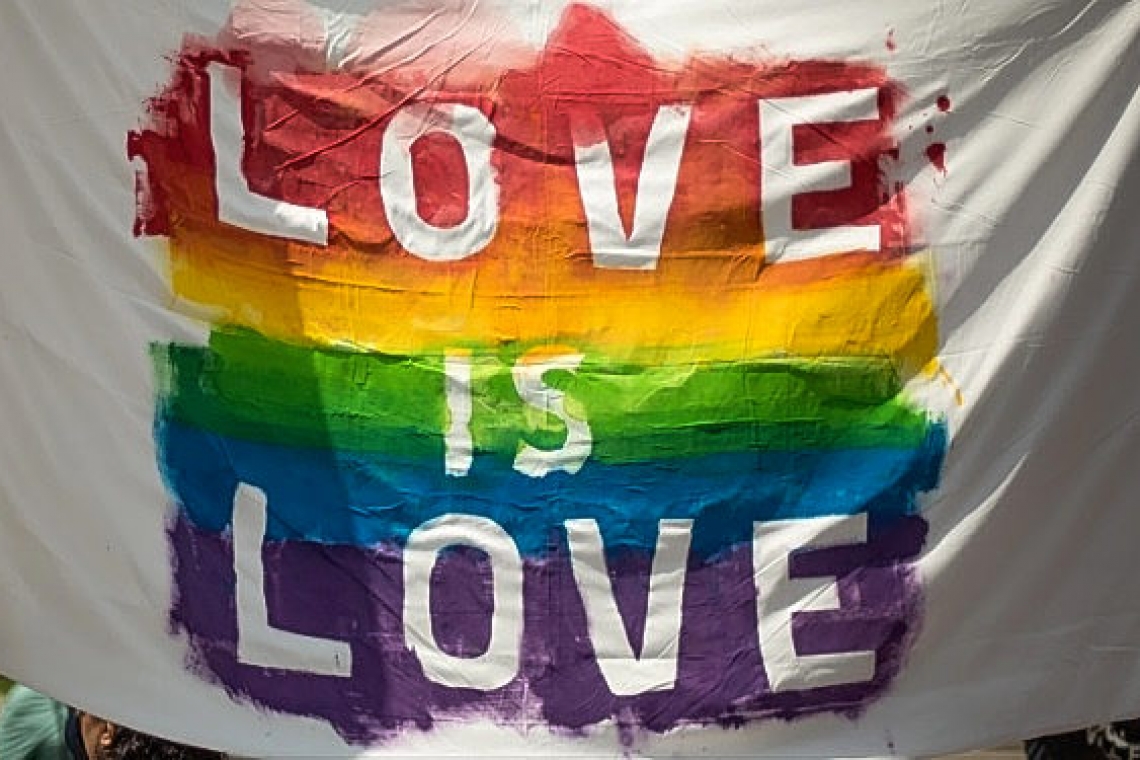 “Baby, how do you sleep when you lie to me?

All that fear and all that pressure

I'm hopin' that my love will keep you up tonight”

Can we just all agree that coitus is an extremely weird word?

Boy! I’m sure that got your attention. Didn’t it?

Growing up in my teenage years, I was super homophobic. I mean not towards lesbians – that was hot – Lol. I’d come up seeing girls kiss each other all the time – and I being attracted to women myself – I mean... Eh heh, eh heh. Where men were concerned, it was “Boom bye-bye inna b...” I couldn’t STAND the sight of two men together. It just wasn’t something I could understand – like, women were so…women. You know?

There was a point, though, when I grew up. I realized that two men being with each other was no different to me sleeping with a female I wasn’t married to. As I have a faith-based foundation, this meant that both acts were deemed as missing the mark – and neither was better than the other. Now back then, my faith wasn’t the thing that fuelled my homophobia; it was the conditioning through music and people around me. Even though the Bible does teach against the act of homosexuality, Jesus teaches us to love everyone – and that principle trumps everything else whether you agree with a “thing” or not.

I think I have only one male friend who’s openly gay – I’d have to think about it, but I think it’s only one. I also have a few female friends that are either lesbian or bisexual. I’m not sure if I’d be considered an ally or not, though. You’d never see me at a pride protest or posting anything pride-related on my social platforms. However, I would pop someone in the mouth for disrespecting one of my “homosexual” friends. So I don’t know, you tell me. Lol.

Men, who go OUT OF THEIR WAY to show out their feminine ways, still annoy me, though. Like can you tone it down one notch, kind sir? LOL.

I saw a post the other night on Facebook about this transwoman, who is basically a brand ambassador for Calvin Klein. The captions in the “reshares” were a little harsh – and I saw this one girl coming for these people’s necks on their posts...Lol. She’s definitely an ally.

Again – my stance as Cameron is that I love people. I respect people. Even if our positions and opinions are different, that doesn’t mean we can’t associate peacefully.

I’m still pretty green on the topic of being transgender or people that are non-binary. Some of it just doesn’t make sense to me… Lol…but I’ve never been put in a position where I needed to do my research. I’m not sure if gender and sex are even considered the same anymore, but I’m of the strong opinion that the human race is split in two: Male and female or Man and woman –whichever one is contextually correct in 2020…lol. So I would be perfectly fine calling a transwoman a transwoman, but I will not call a transwoman a woman. Nor will I refer to a transwoman as “she” or “her” – I’ll call you by your name, but that’s as far as it goes for me.

And, honestly, I think that’s fair. I can respect someone’s decisions. I can respect someone’s lifestyle. However, I don’t think I should have to go out of my way and adjust my logic for anyone. Am I not entitled to that too? And I’m super open-minded. I’m always down for conversation. And I’m always willing to adjust my way of thinking if I come to realize that I’m wrong. But I think we’ve reached a place in time where people feel like: “If you don’t accept me and my way, then you’re wrong.” “You’re a blank-phobic.” “You’re small minded.” “You’re primitive.”

And I’m just here like: “Can’t two people, who share different opinions on a matter, coexist perfectly without trying to force their opinions down the other’s throat?”

*Yo, Siri, play How Do You Sleep? by Sam Smith*