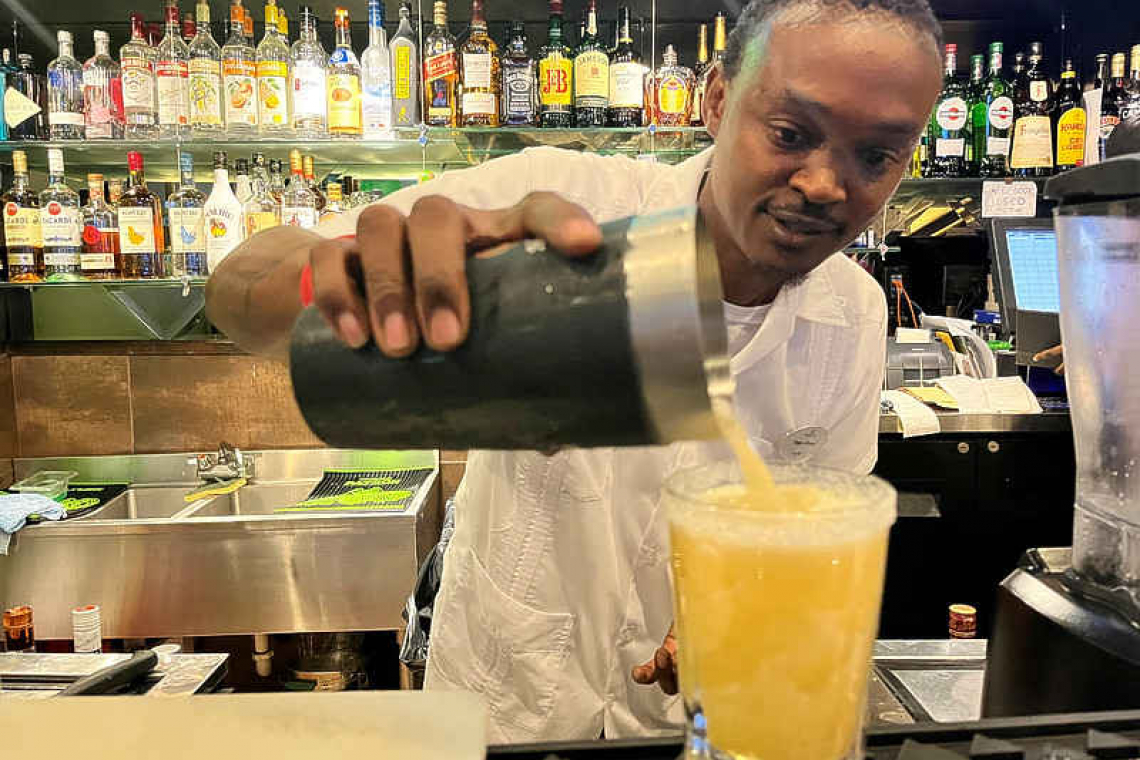 Fellow drinks-lovers, unite! Time to quench your thirst in the first segment of an island-wide hunt for St. Maarten’s best drink!

The Friendly Island is sometimes also referred to as the “Little Miami of the Caribbean”, so it is high time to put those names to the test to discover where we can get both a friendly chat and a good drink. So, we took the crucial task upon ourselves to go out and about and sample the island’s specialty sips and then to report our findings back to all you thirsty people.

The best part? While we’re at it, we might as well ask the island’s talented bartenders, baristas, and smoothie specialists for their secret recipes so that you at home can try your hand at these special sips!

We could not think of a better way to start our quest for delicious drinks than with Ziggy Chan – voted Best Bartender on St. Maarten/St. Martin for four years in a row! Most people will know him from Replay Sports Bar, but you can also find Ziggy at Coco Beach, Paradise Pool and Chill Out Bar – all located at Simpson Bay Resort.

Our noble quest took us to the Replay Sports Bar, where we met Ziggy as he took his rightful place behind the bar. While 90s R&B was playing over the speakers, gymnastics and soccer were shown on the many flat screen TVs and patrons were enjoying Tuesday’s cheeseburger and a beer special for $14.50, a proud Ziggy showed us the Employee of the Month award he had received a few hours before our meeting.

The #1 bartender explained that he specializes in mojitos, margaritas and amaretto and whisky sours. Ziggy said that he once received an award from an American couple who took it upon themselves to try every mojito on the island and deemed his the absolute best. He also spoke fondly of two girls from the French side, who would drive all the way to Simpson Bay for his Amaretto Sour. They usually order four each – two to enjoy on Replay’s terrace overlooking Simpson Bay, the other two to go to wherever the rest of the night takes them.

Ziggy’s secret? Everything has to be fresh. He refuses to use bottled lime juice, margarita mix, artificial flavours or fake sugar. He explained that growing up, he always made homemade juices and lemonade – now he just makes “juice” for adults.

According to Ziggy, bartending is not about flipping bottles, it’s about genuine connections and conversations: “No matter what kind of people come here, they have to leave happy,” he said. The dedication to his craft challenges Ziggy to read the people on the other side of the bar – he matches his interaction with the vibe they give off, he explained.

Of course, we had to use our investigative journalism skills and fact-check Ziggy’s story. Is his Amaretto Sour really worth the long drive from the French side?

The verdict? The French girls are not crazy – Ziggy’s Amaretto Sour is well-worth the drive from any place on the island. The signature drink is sweet yet tangy, which, of course, Ziggy accredits to his fresh limes and brown sugar. We usually find Amaretto Sours almost sickly sweet, but this one was surprisingly refreshing and lets the almonds in Disaronno shine through without being overpowering.

One packet or one full teaspoon of brown sugar

One shot or 1.5oz Disaronno

Combine all ingredients into a shaker and then shake. Ziggy explained that it is good to shake vigorously to break up some of the ice into small pieces. Sugar the rim of the glass by wetting the outside with a lime and twisting the glass on a plate of granulated sugar. Add ice to the glass, pour in the drink, garnish with a lime and/or cherry and ENJOY.