In the Hot Seat with Keri Hyman 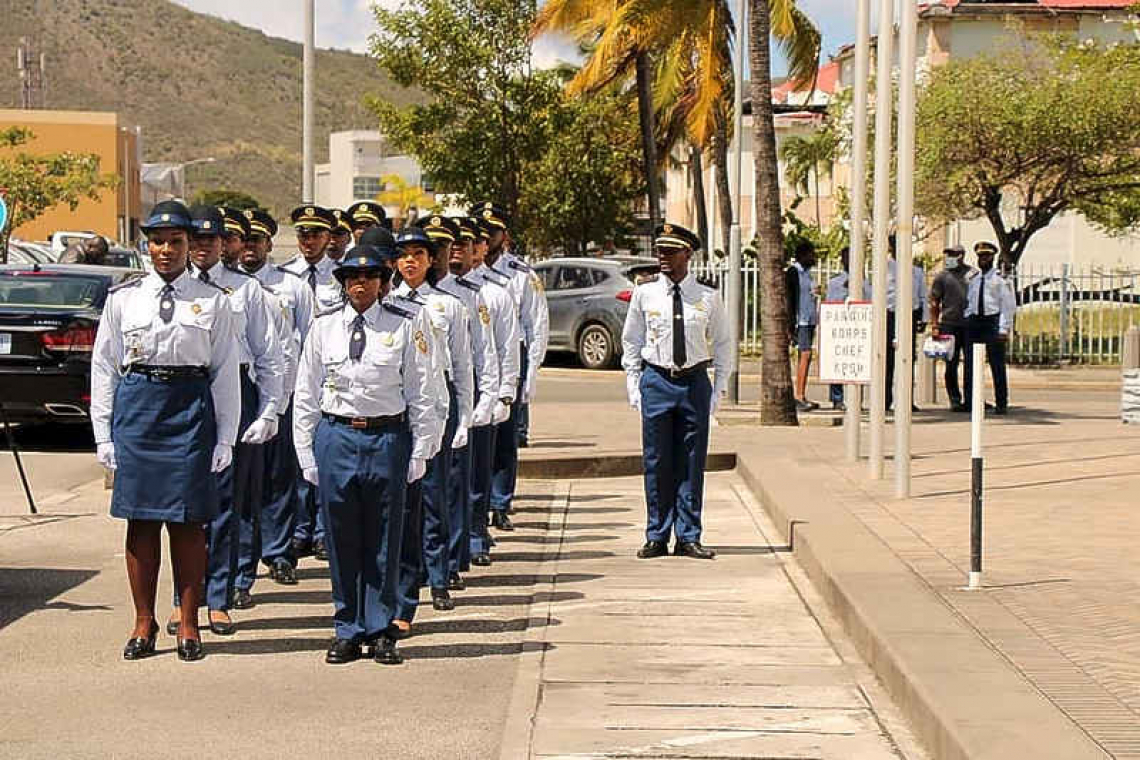 Although we are fashionably late to the party – and International Women’s Day was officially on Tuesday, March 8 – we at the Out N About believe we should celebrate inspiring women any day of the week. Seated in this week’s Hot Seat is a young woman who took it upon herself to serve and protect St. Maarten as one of the newly sworn-in officers in the St. Maarten Police Force KPSM. If that is not inspiring, we do not know what is.

Can you tell us a bit about yourself?

I am 29 years old and was born and raised in St. Maarten. After Milton Peters College (MPC), I went on to General Educational Development (GED) at University of St. Martin. After that, I worked at the airport from 2011 to 2018, because aviation had always been my dream and passion – I have always loved planes. My first job was in customer service, but then I transferred to flight support and became the first female aircraft refueller in the Caribbean. That was a lot of work. Basically, you had a lot of responsibility because if you put too much fuel, you can be responsible for a plane going down. Aviation is also a man’s world, so that was kind of challenging. At first, my male colleagues were like “the hose is too heavy”; but I proved them all wrong.

Why did you decide to join the Police Force?

After Irma, things got really hectic at the airport, so I needed a steady job. There was a job opening in the newspaper for a camera observant at Korps Politie Sint Maarten (KPSM) and I applied for it. In August 2018, I got the job to watch surveillance cameras. After a year of being in the camera room, there was an opening for local police officers, and I decided to apply. The transition was easier because I was already working for KPSM, but it is a very different position. In the camera room, I was just observing the surveillance cameras – and now it is hands-on police work. Both your physical health and mental health have to be on point, because the job can get strenuous and can be stressful at times. I wanted to make a difference and educate the public. I’m the type of person that likes to help people, so I would like to help the public as much as possible during my career.

How was the training process?

We started training in November 2019. The whole “opleiding” [education/training -Ed.] took two and a half years. We learned different skills, laws and how to deal with different scenarios and situations in various modules. We basically learned our rights and the laws we, too, must abide by – what we can and cannot do as a police officer. Studying and working at the same time was really an eye-opener for me. You really see your strength and capability as you have to combine school, work and social life. I was still able to have a social life, but when it came down to exams, I would set my social life aside and focus.

After every module, you do an internship based on the module you just finished. So, for example, after we finished the “verkeer” [traffic – Ed.] module, in which we learned all about the different traffic regulations and how to deal with accidents, we went out on the roads to patrol. Within the “opleiding”, we also took Dutch classes, because all of us need to brush up on our Dutch as the police terms and the entire training is in Dutch. But if your Dutch is not so strong, the teachers speak English in between to help. It feels like a weight has been lifted off my shoulders because the training was intense. It feels so good to say that I made it through. Now it is time to move on and put everything I learned into practice.

What is it like to be a woman in the Justice Department?

It’s actually really good to be a woman in the Justice Department. I never felt like it is a man’s world. The men are more protective of women, but they have seen that the women in KPSM can handle themselves, so they don’t make you feel weak. We normally patrol with both female and male officers, because in some cases, a female victim would rather speak with a female officer, because she would feel less comfortable speaking to a man. In those situations, it works to my advantage to be a woman. I think it is very, very important to have a diverse Police Force, because some people feel more comfortable around women. It is important to show that we have both genders within the Police Force, because women also have great ideas as to how to combat or even prevent crime.

What do you enjoy most about being a police officer?

The fact that I am able to help, serve and protect the people of my country. I want to be an example for the youths of St. Maarten. I have met and interacted with so many people of different backgrounds and different businesses – people of all walks of life. I just love being able to say that I can make a change in this country.

How would you advise young women who are thinking of a similar profession?

I would advise them to just go ahead and apply, because within the Police Force, there are different departments you can venture into. You can be a detective, you can work with minors if you love children, or you can be a community officer in your own community. You can do all these things and really make a difference. The Police Force is so much more than people think it is. I would also like to share the motto I have lived by ever since I decided to join the Police Force: “Remain humble, be respectful, be yourself – and if you want to see a change, be that change.”