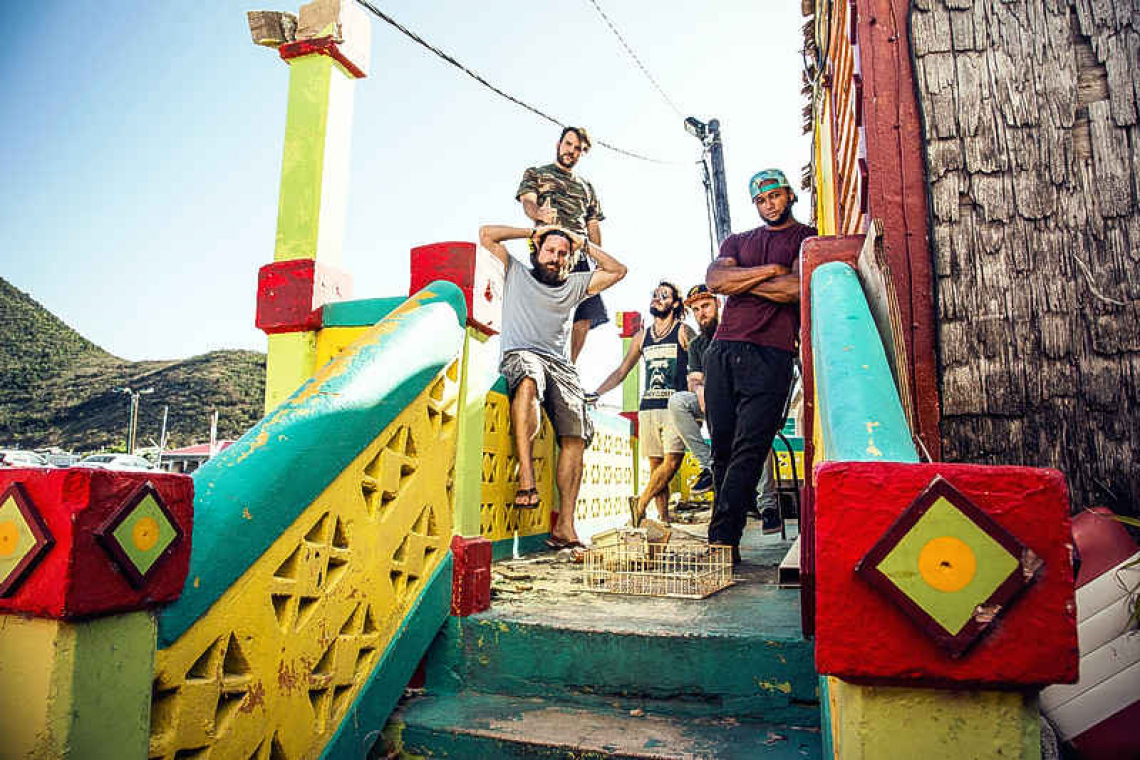 Next Thursday, August 4, Orange Grove is back for their first concert on St. Maarten in two years. For one night only, the popular band will be performing live at the Rusty Rocket, so this is one you won’t want to miss!

Orange Grove had only just started on the release of their latest album, Ganja Rock, before the world came to a standstill due to the pandemic. But now it's time to pick up where they left off with their comeback concert on St. Maarten!

Known for their laidback vibe, juicy burgers, delicious snacks and awesome cocktails, Rusty Rocket is the perfect venue for Orange Grove’s comeback. The not-to-be-missed event is part of their summer “Rocket Concert” series.

The live music will start at 7:00pm, with Jonny Guy opening for Orange Grove. But early birds can enjoy the Rusty Rocket’s famous 2-4-1 Happy Hour from 4:00 till 7:00pm before the show.

This Rocket Concert is brought to you by Heineken (at Divico Distributors), so there will be plenty bucket specials and Heineken draught available throughout the evening.

Though Orange Grove has accumulated many fans over the years, parking will not be a problem. Rusty has arranged for extra parking spots across the street at the airport and there will be a water taxi and shuttle service from Skyport Marina in Simpson Bay – just look for the signs.

Best friends Michael Maidwell and Jacob Streefkerk founded Orange Grove shortly after leaving St. Maarten to attend college in the Netherlands. Being in a band seemed much cooler than anything else they could ever imagine doing. Jacob played guitar and Michael discovered he had a talent for rapping. Soon after arriving in the Netherlands, they began writing songs and recording demos.

Before they knew it, they were playing in bars and clubs and releasing albums, singles and videoclips while traveling the world to spread their sweet sounds. In 2011, guitarist Tim Kesteloo and drummer Robert Biesewig joined the band; and in 2019, Orange Grove released their highly anticipated third studio album Gangja Rock, with collaborations and guest features from legends such as King Yellowman, Walshy Fire (Major Lazer) and Brainpower.

Advance tickets cost $15 each and are available at Rusty Rocket, Skyport Marina and from team members; cost at the gate is $20. For ticket sales or more information, call (721) 523-3300.