In the Hot Seat with Bianca Dijkhoffz 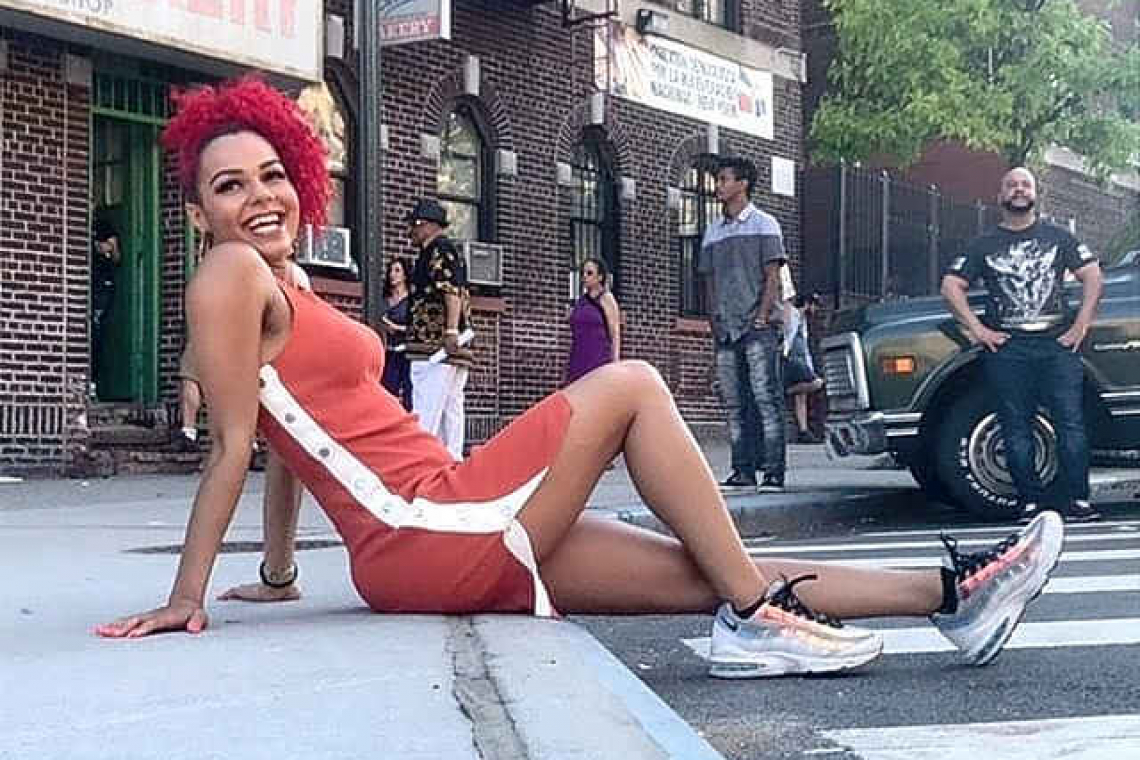 “In Washington Heights, NY, the scent of warm coffee hangs in the air just outside of the 181st St. subway stop, where a kaleidoscope of dreams rallies a vibrant and tight-knit community. At the intersection of it all is a likable and magnetic bodega owner who hopes, imagines and sings about a better life.”

In the Heights is a 2021 American musical drama film directed by Jon M. Chu from a screenplay by Quiara Alegría Hudes. It is based on the stage musical of the same name by Hudes and Lin-Manuel Miranda. The film stars a slew of famous actors, but most importantly it features scenes from St. Maarten’s own, Bianca Dijkhoffz.

Bianca, or BB, as she is known in the arts and music scene, is a local dancer and musician who recently added actor and deejay to her ever-growing repertoire. The Out n’ About was able to get her to stop by and have a HotSeat with us. Here’s what she has to say!

For those who are just hearing about you, tell us a little about yourself.

My name is Bianca Dijkhoffz, I’m a dancer and have been dancing since I was about 5, which, as I look at it now, means it’s been over twenty years. I’m from St. Maarten but moved to the United States to pursue a career in dance. This proved like a good move, since I was able to find an agent and was signed to a talent agency.

What inspired you to come back to St. Maarten?

Honestly, since COVID-19 creative jobs have been few and far between, so I decided to make the move back home to spend some time reassessing my career and honing my talent until things pick up more around the world.

How do you keep busy on the island?

Well, now that the island is relatively open again, I’ve been booking a lot as a deejay for different parties. I’ve also had the opportunity to meet and collaborate with a variety of other creatives. We share what we can offer on different platforms. It’s been pretty fun!

The deejaying is fairly new, how did you get into that?

Well, it kind of happened during lockdown. I was playing around with music, because I’ve always played instruments. Shout out to DJ Kembe, who saw I had a knack for music, showed me how to mix and thought it would be a good fit for me. Now, it’s part of my resume.

Is it very different being a dancer compared to mixing?

A little, it’s not as much physicality, but it was an easy transition since I’ve always been into music and had to know what does well with what. It’s all about practicing and improving.

You’re going to be featured as a dancer in the new movie, In The Heights, what was the process?

This isn’t my first movie, I actually had a short part in another movie a while back, so when I got a call from my agent, the process was a bit easier. When I got the call back, I was super excited. Then we went into days with like ten hours of rehearsal before we even set foot on set. Set days were long too, a lot of repeating our choreography so it could be shot from different angles. I’m just excited to see the finished product and it’s even more exciting seeing my red hair pop up around so many times in the trailer; it’s humbling.

What would you like to tell the people who aren’t sure they want to see the movie?

I know it’s a musical, so many people may be a bit sceptical about it, but it’s a beautiful movie with a great message that people can relate to beyond just the music. The story touches on so many powerful themes going on right now; the music is just a bonus. And even if you’re still not sold, just come out to see one of our own being part of something special!

If you could hang out with any three people, living or dead, who would they be and what would you want to do?

It would have to be Major Lazer. They’re a musical group comprised of Diplo, Walshy Fire and Ape Drums. I’ve auditioned as a dancer for them before, but now that I’m a DJ I’d love to do more with them. Their vibe matches mine a lot, with their mix of high energy Electronica Dance Music with Caribbean sounds.