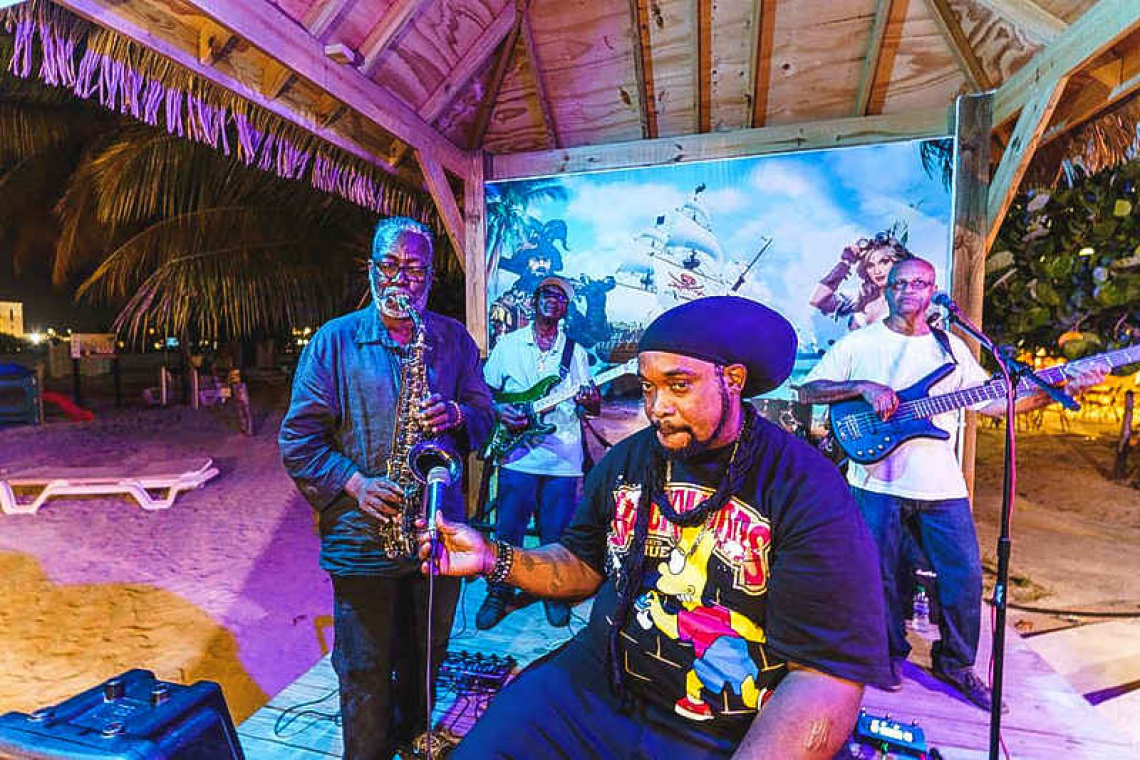 The jazzy sound of the saxophone will waft on night air in Philipsburg on Saturday, June 11, when well-known and talented saxophonist Connis Vanterpool plays in concert at Axum Café on Front Street. Jazz and music lovers are in for quite a treat, as Connis will not only be jamming with the band; he will also release his newest single and a music video.

The new single “Don’t worry” was produced and arranged by Connis. It’s an upbeat and airy arrangement that calls out the soul to take a mellow pace and soak in life. Like its moniker, this track invites you to not have a single worry.

Adding to the breezy track are Nikita Christmas on the drums, Benj Mystro Myaz on bass, Micheal “Myking” Wilson on guitar. Melissa Moon Child was the guest vocalist. Mix engineer/master on the track was Denisio Brooks.

The music video was shot in the cities of The Hague, Amsterdam, Leiden, and Emmen in the Netherlands, and in St. Maarten, Connis’ hometown. The video incorporates scenes of the cities as well as Connis’ own adventures. The video is subtitled “Scenes in the city – The Hague”. It was directed and edited by Teamworks.

Ready to hear Connis live in concert? The “Elements of Jazz” concert at Axum Café is for you. Connis has invited some of his musician friends to join him for the concert! On the line up for special performances are drummer Chris Sageant, Wilky Souklaye on bass, guitarist Micheal “Myking” Wilson, and Shabba on percussion.

The concert starts at 7:30pm and has an admission cost of US $20 per person.

Connis, a jazz virtuoso, is one of St. Maarten’s most talented musicians. Graduating from Berklee College of Music, Connis started his music career in 1992. He interned at various studios such as Crescent Moon, South Beach Studios and International Sound in Miami, Florida. He plays at various public venues on St. Maarten as well as private events.