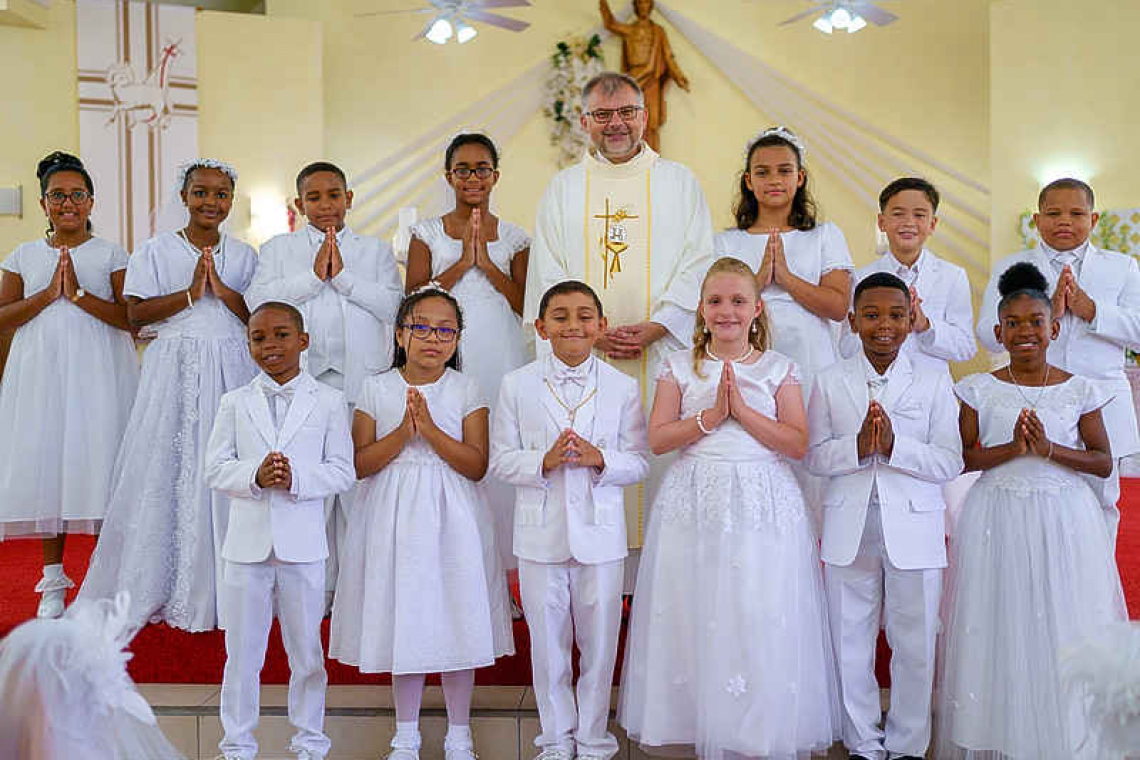 In photo: The most recent set of first holy communion students, from St. Dominic Primary School.

After two years of listening, learning, and practicing, more than 50 Catholic children received their First Holy Communion with Father Adam and Father Yohanes. The ceremonies took place in Sunday masses held over the span of five weeks at the Risen Christ Church in South Reward.

First Holy Communion is special, and is in fact one of the most important occasions in a Catholic’s journey, because it commemorates Jesus’ Last Supper with his disciples during Passover.

The first students celebrated it on May 15, and a total of 52 students received their First Holy Communion in ceremonies lasting until June 12. They also received the Sacrament of First Reconciliation (better known as Confession) the day before their communions.

Students that attend Catholic schools were prepared at school, while Catholic students attending public schools received their lessons from the Parish.

The KIDS Herald asked Religious Coordinator, Mrs. Carmen Bowers-Lake, about the special meaning behind First Holy Communion. “We believe that during this final meal, Jesus blessed the bread and wine and said, ‘This is my body ... This is my blood.’ The Roman Catholic Church’s teachings say that Jesus is present in the consecrated Communion wafer and wine – also known as the Eucharist – which means thanksgiving each time parishioners receive them. The bread and wine become the body, blood, soul and divinity of Jesus, according to Catholic doctrine,” she said.

We also asked Mrs. Bowers-Lake what her wish was for the students, going forward. “That the Holy Communion that they receive will strengthen them to ‘be Christ’ in the world. We want them to love the Lord God with all their heart, and with all their soul, and with all their mind and that they love their neighbour as themselves,” she said. “They cannot do it on their own, they need the Eucharist to help them!”