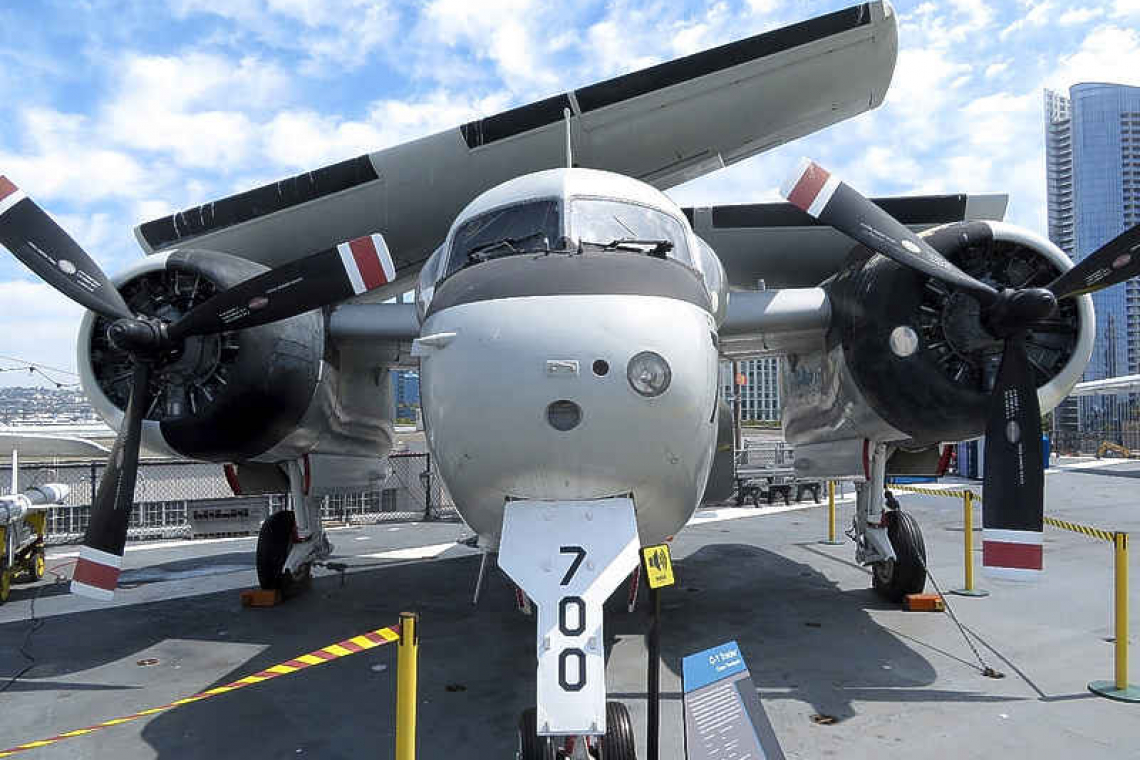 By Riley with help from Isaiah

I love airplanes. When I grow up, I want to fly. I have made my own airport at home. I have a runway with model planes. I even have a few cars and an airport terminal. I fly my models all the time and all around the house.

Recently, I met Mr. John Baker. He was a pilot. He is retired now. He told me all about learning to fly. He lets me call him Pilot John. “If you want to be a pilot, the first thing you have to do is to do good in school. You have to get good grades,” said Pilot John. “Flying is not hard, but it does take work and training.”

Pilot John was in the United States military. He flew Navy S-2 Submarine chasers. It was a two-engine propeller plane. He flew it off an aircraft carrier.

A carrier is a large ship. It is pretty much a floating airport. However, the runway is pretty short for planes. So, they use a catapult to launch the planes. It is kind of like a large rubber band. It is pulled back tight and when ready, let go and the plane is shot off the deck.

To land, the pilot lowers the wheels or landing gear (as it is sometimes called), and a hook from the back of the plane. As the wheels touch down on the deck of the aircraft carrier, the hook drags over several wires and catches one. The wire is used to pull the plane to a stop.

“My biggest thrill flying was completing my first landing on an aircraft carrier.” He continued: “When you feel that hard pull from catching the wire (really, it’s a strong jerk), you feel great!”

Just learning to fly a plane takes nearly a year of practice. Once you know how to fly, landing on the carrier takes five to six more weeks of training. U.S. Navy pilots learn by landing on large runways on land painted to look like an aircraft carrier. They have the wire system too. On a carrier, if the pilot misses the wire, he may not have enough power to takeback off and his plane could end up in the water. So, practicing on land is safer.

As for learning to fly, Pilot John said, “At the time, it seemed very difficult. Remembering it today, it was very easy.” He compares it to learning to ride a bike. “At first, you are very wobbly and then suddenly you get the hang of it.”

Pilot John continued to explain that there are all kinds of different planes, from small personal planes to really large passenger jets and a lot of other planes in between. He mentioned, “The U.S. Air Force SR-71 could fly 16 miles above the earth and go more than 2,000 miles per hour.”

Learning to fly small propeller planes is the easiest to learn on. “Flying a jet plane usually is more difficult because they can fly much faster and much higher. Things happen more quickly. Pilot John should know – not only did he fly planes, he spent two years teaching want-to-be pilots how to fly.

Pilot John was visiting St. Maarten when I met him. He joked that landing a plane on either St. Barths or Saba is very interesting. “The runway on Saba is the shortest paved runway (concrete or asphalt) anywhere in the world. I love to fly to Saba as a passenger and watch through the cabin doorway as the pilots come in and land.” He notes that due to the mountains near the St. Barths runway, pilots have to receive extra training before they are allowed to land there.

Becoming a pilot requires a lot of schooling and lots of hours in the air. “If you want to pilot with a commercial airline, you will need 1,500 hours of actual flying time plus more ground school.”

Pilot John says many commercial pilots get their start flying in the military, as renting a plane and attending pilot school is very expensive and can take a couple of years. But is it worth it? “You betcha!” He continued, “Flying is exhilarating. It makes you feel good. You can dance among the clouds and leave all your regular worries on the ground.”