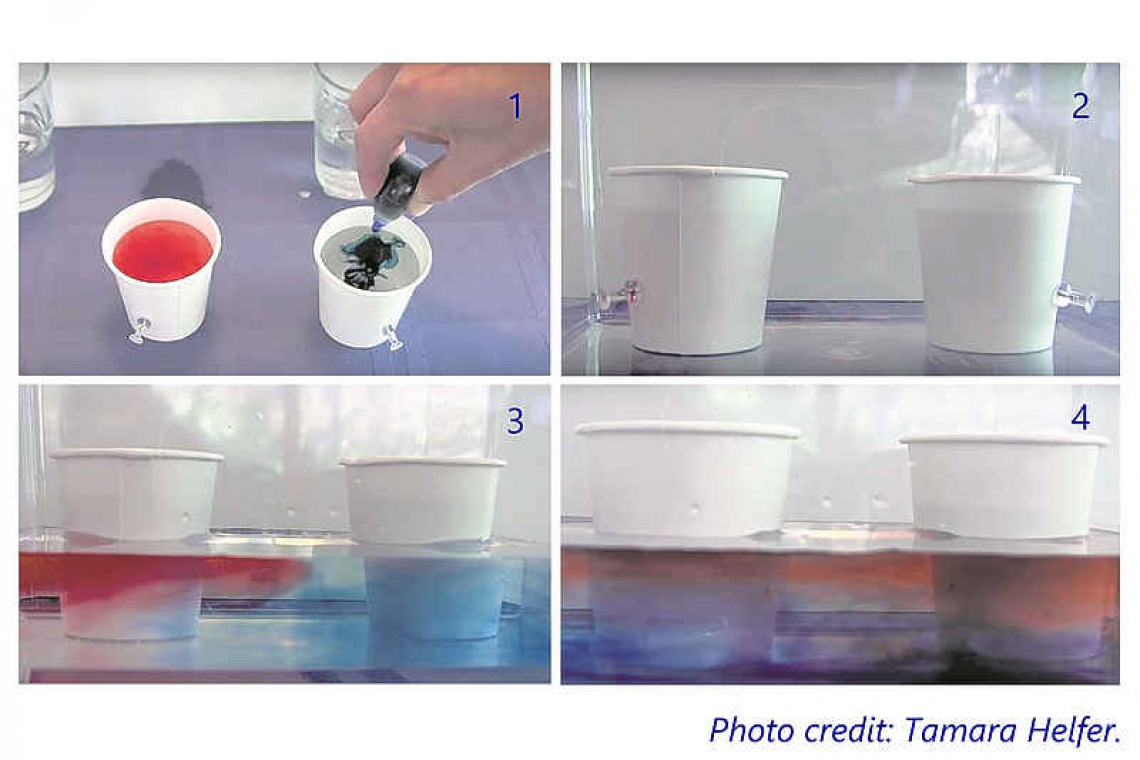 Place the large, clear container on a desk.

Take each paper cup and mark a dot 2cm high with your pencil.

Gently puncture all four cups with the pushpins right at the dots that you marked. Do not remove the pushpins from the cups.

In one cup, add hot water and enough red food colouring to make it very red.

In the other cup, add cold water from the fridge, and enough blue food colouring to make it very blue. Now we’ll be able to tell them apart. Both cups should be equally full.

Place both cups into the large container. Make sure that you can see both pushpins, they should be facing you and slightly outward. Now carefully add room- temperature water to the container and fill it midway between the level of the pushpins and the water level inside the cups. If you add too much water, the cups will float.

Next, hold the cups in place and gently remove the pushpins. The coloured water will start to stream out of the cups.

What do you see? Are the colours mixing or staying separate?

Because the red water is warmer, it is less dense than the room temperature water, and will rise. On the other hand, the denser, cold, blue water will sink to the bottom. You’ll see them form into layers.

Carefully remove the pushpins so that the coloured water streams out. What happens this time?

Since all the water is the same temperature, the density is also the same. The water simply mixes together from the force of the water streaming out of the holes into the larger container.