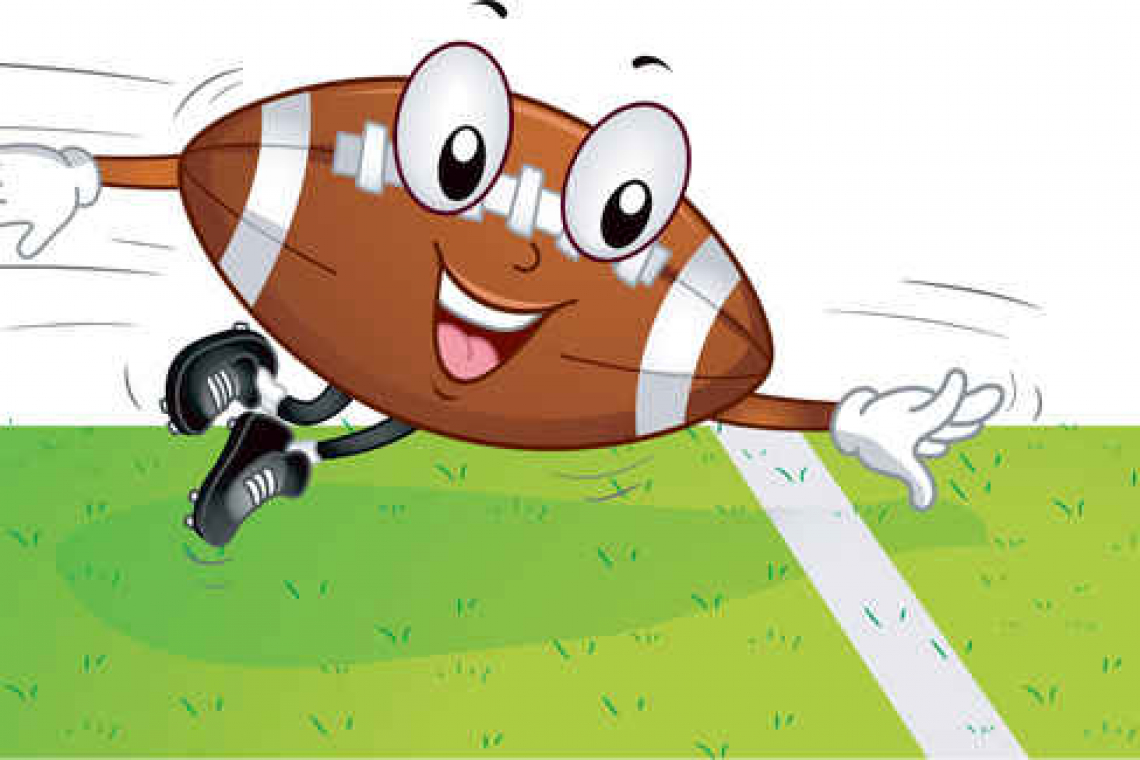 Q: What did the receiver say to the football?

A: Catch you later.

Q: Why did the chicken get sent off?

A: For fowl play!

Q: Why didn’t the dog want to play football?

Q: Why was Cinderella such a poor football player?

A: Her coach was a pumpkin.

Q: Which insect didn’t play well in the goal?

A: The fumble bee!

Q: How do you stop squirrels playing football in the garden?

A: Hide the ball; it drives them nuts!

Q: Where do football players go when they need a new uniform?

Q: Why should you be careful playing against a team of big cats?

A: In the Supper Bowl.

Q: Which quarterback can jump higher than a crossbar?

A: All of them; a crossbar can’t jump!

Q: Which football game do cats like to watch?

A: The Goldfish Bowl.

Q: What did the bumble bee runningback say after he scored a touchdown?

Q: What lights up a football stadium?

A: A football match!

Q: How do hens encourage their football teams?

A: They egg them on!

Q: Why do grasshoppers not go to many football games?

A: They prefer cricket games!