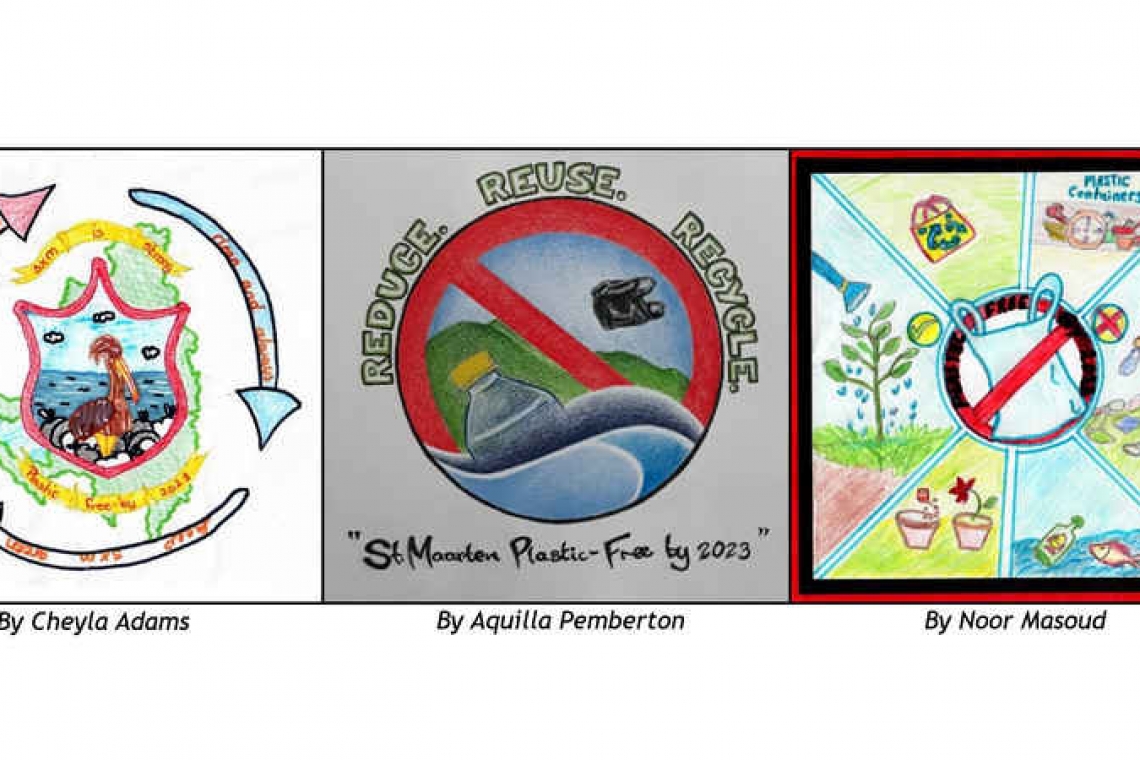 Youngsters helped to spread a positive message and made the news recently when the Department of Interior and Kingdom Relations BAK announced the winners of its logo competition for “St. Maarten Plastic-Free by 2023”.

We know that single-use plastics are bad for the environment, because it becomes useless trash that lasts for many, many years, littering both the land and the ocean. The drawing competition was held amongst primary and secondary schools, and the artwork is meant to encourage everyone to be responsible by using the three R’s: Reduce, Re-use and Recycle!

On page 2 of this edition of The KIDS Herald, we’re concluding our story on the Sea Turtles that are found in and around St. Maarten. The topic of single-use plastic is very relevant when it comes to Sea Turtles, as well as many other animals. Sea Turtles can get tangled in plastic, as they can mistake it for food, such as jellyfish. In fact, half of all Sea Turtles mistake plastic for food, according to St. Maarten Nature Foundation.