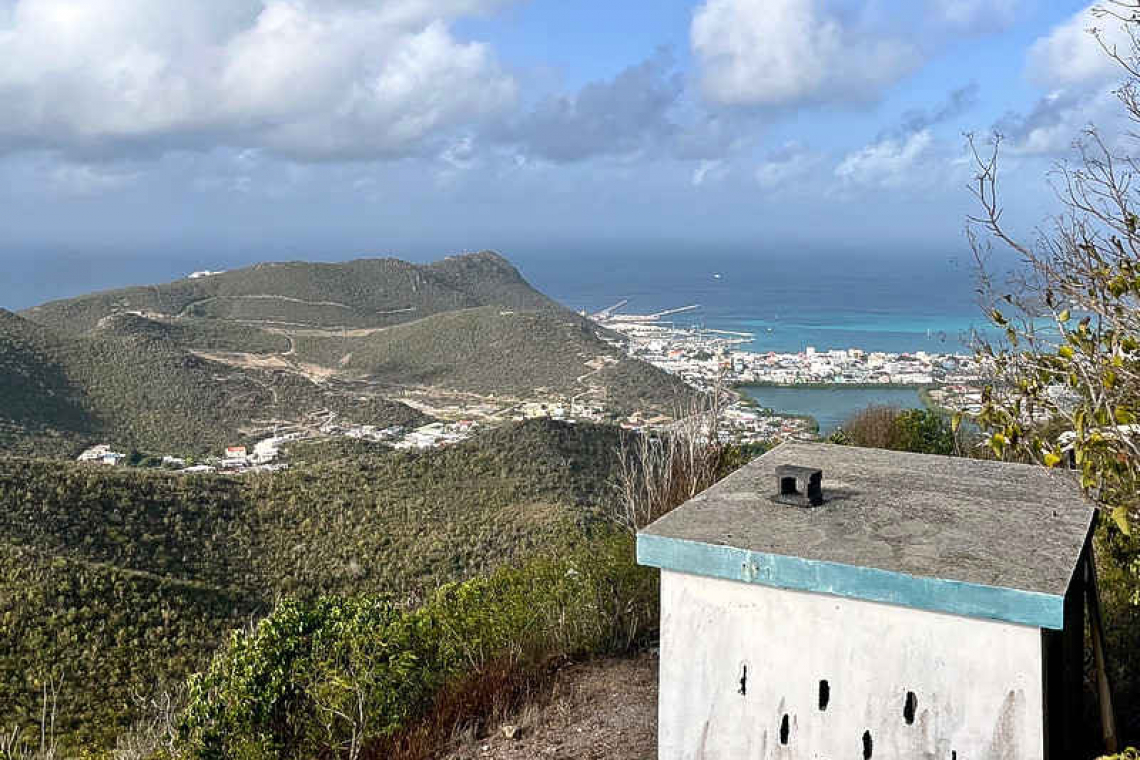 Everyone loves St. Maarten for its beaches, restaurants and nightlife, but we might take the chains of green mountains for granted – we know we at the Health & Beauty do! That is why we have decided to take advantage of the over 20 miles of hiking trails that our island has to offer – and we’re taking our fellow adventurers along for the hike.

There are so many hiking trails on The Friendly Island, from coastal strolls to hikes in the hills, some leading to untouched beaches, others to glorious views of St. Maarten and other neighbouring islands. So, let’s go explore. Happy hiking!

This week’s heavenly hike takes us to one of the highest hills on the Dutch side of St. Maarten. Naked Boy Hill is a short, but steep hike, sure to make you sweat. But you’ll be rewarded with panoramic views of Guana Bay, Oyster Pond, Philipsburg and neighbouring islands.

Parking is a bit tricky with this one, as you’ll have to park on the hillside of Pen Shell Road in Guana Bay and might have to use the driveways to turn around. The hike itself is relatively easy, though it’s rather steep from the start! Just follow the dirt road straight up to the lookout point.

There is some discussion as to where the name “Naked Boy Hill” came from. According to local legend, the hill was named after a man who lived on the hill. He would take off his clothes on the challenging trek home to keep his clothes clean and sweat-free.

Others say the name derives from a tree that grows on the hill, the Parinari Campestrus, which is locally known as Bois Bandé, Naked Boy or Tourist Tree, because the reddish bark is always peeling off – quite like naked sunburnt skin.

The first bit of our hike took us straight up the hilled and rocky terrain. It soon became clear that this hike was not one for chatting – we were too out of breath for anything, except to complain about the effort or to point out the views. After some 15 minutes of climbing, we reached the concrete steps to the lookout and were treated to panoramic views of Guana Bay, Oyster Pond, Philipsburg, St. Barth’s and Anguilla.

It took our little hiking group about 45 minutes to complete the approximately two-mile roundtrip – a perfect short but challenging hike before a day at the office. The way up took us some 20 minutes, while the hike down took us about 25 minutes – a bit longer because of the steep climb down. All in all, the heavenly Naked Boy Hill hike is not to be missed!