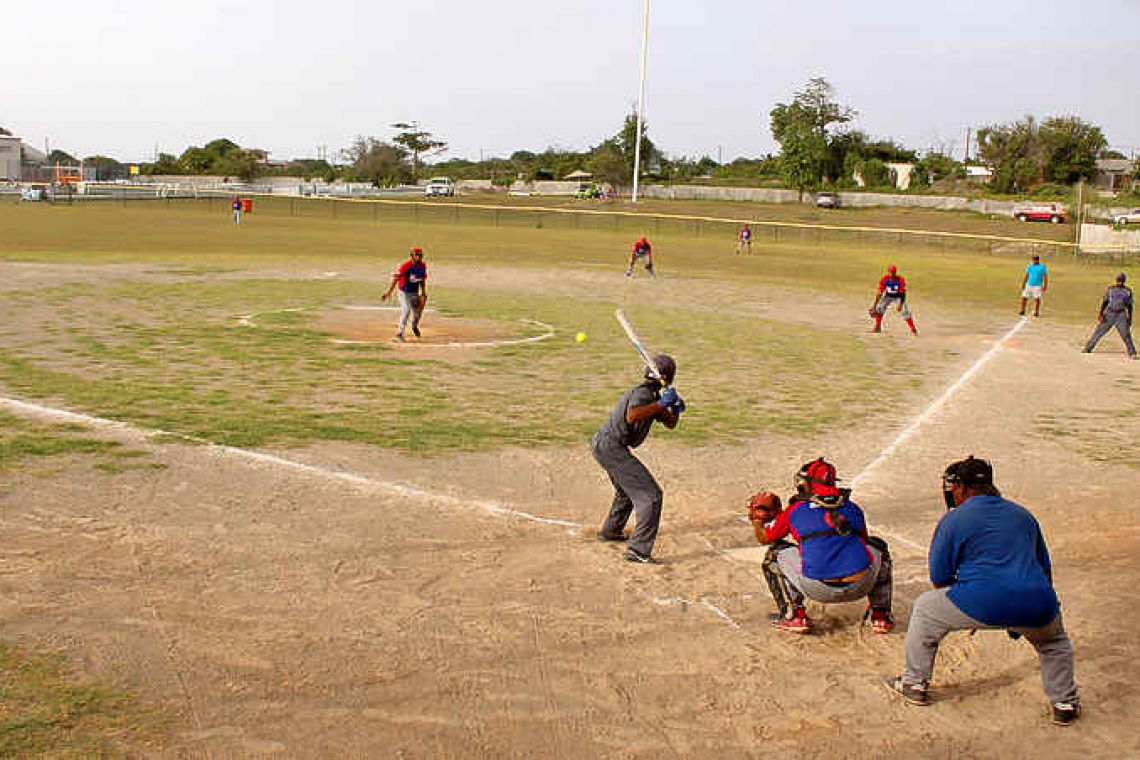 Thunderz player about to see a pitch from  Los Tiburones at the Fredrick ‘Sonny’ Cranston Sports Field on September 1st.

STATIA--Thunderz were rearing to go at the first pitch and came out swinging and put up big numbers.  Thunderz beat Los Tiburones 16-6 and continued their winning streak.  Before the game Thunderz  honoured Alecia 'Wy' Robins.

Robins sadly passed away in August 2021.  She was known far and wide as a superfan of the Thunderz softball team. Her devotion to the team was so heartfelt that upon her passing, the team went about making a tribute to her. Representatives of the Statia Softball Association SESBA, Daniela Richardson and Elska Gibbs asked the teams to line up for a minute of silence for the ardent supporter.

Robins has been a Thunderz fan from the onset of the SESBA  since the team was formed in 2011. 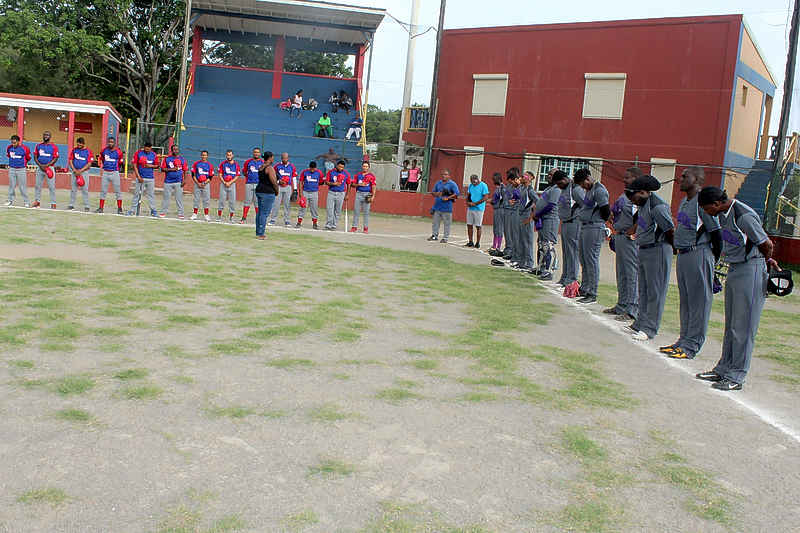