Nathan Edward off to England with Windies U19 team 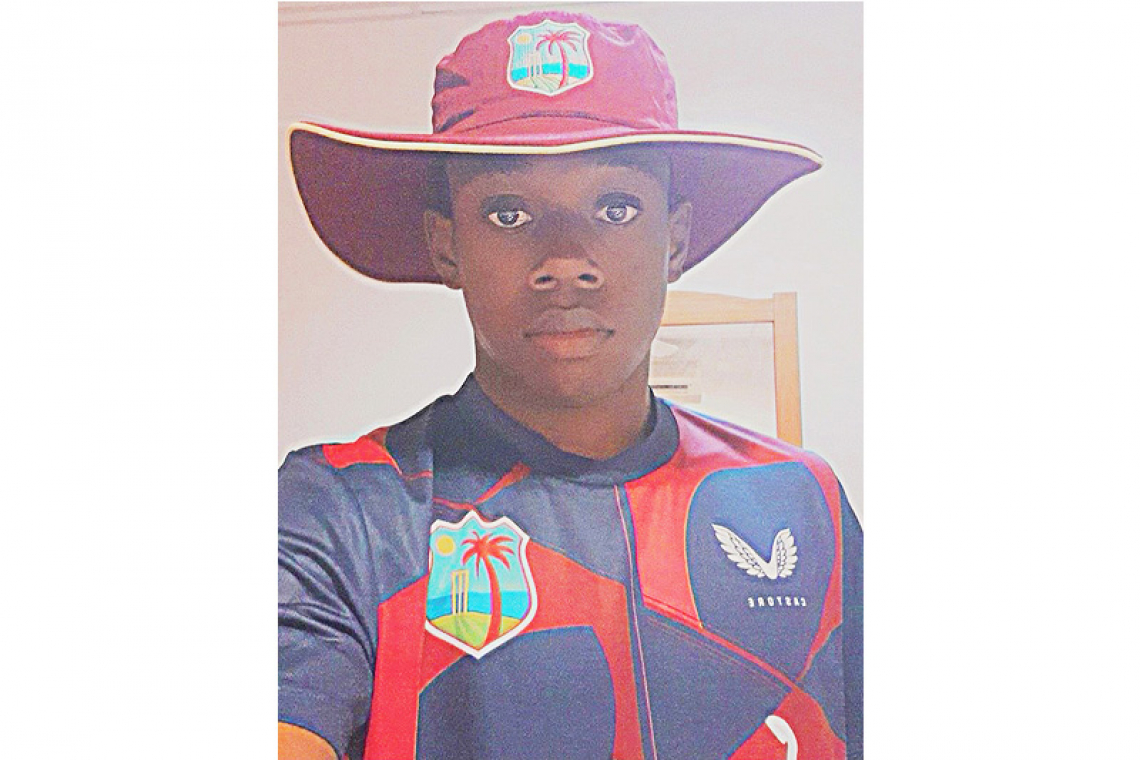 St. Maarten U19 cricketer Nathan Edward has been selected to the West Indies U19 team which will travel to England from August 28 to September 16.

ANTIGUA—St. Maarten U19 cricketer Nathan Edward is the newest player from the island to be selected for a West Indies team. He has made a big step in his cricketing career after he was named in the West Indies U19 team for the upcoming tour to England.

It is a proud moment for St. Maarten which has only seen one other U19 player make it to this level. The first was Keacy Carty, who eventually made the final squad for the World Cup in 2016. Edward, who lives in Cay Bay and attends the Milton Peters College, is a disciplined and skillful cricketer.

He was not selected in the first choice group for the regional U19 trials which started on August 16. He was a replacement player after a bowler sustained an injury before the trials started in Antigua.

Edward is now part of a squad of 18 players who will travel to England from August 28 to September 18. In England, the team will play six 50 overs matches.

In an invited comment, Edward spoke to The Daily Herald and stated, “I feel great!” on being selected for the tour to England with the West Indies U19 team. “Thanks to Cricket St. Maarten and  NAGICO. Special thanks to Coach ‘Rishie’ Singh for all the time, patience and dedication that he has put into the youths. Thanks to the Future Champs players for the support also.”

Edward understands that this is the start of a promising career as he continued, “This is just the beginning. Hard work does pay off, so I'm just going to keep believing in myself, work hard and I can achieve my  goal.”

What exactly is that goal, only time will tell because of the endless opportunities that lie ahead for the young St. Maarten cricketer. The next U19 World Cup will be in early 2022 in the Caribbean.