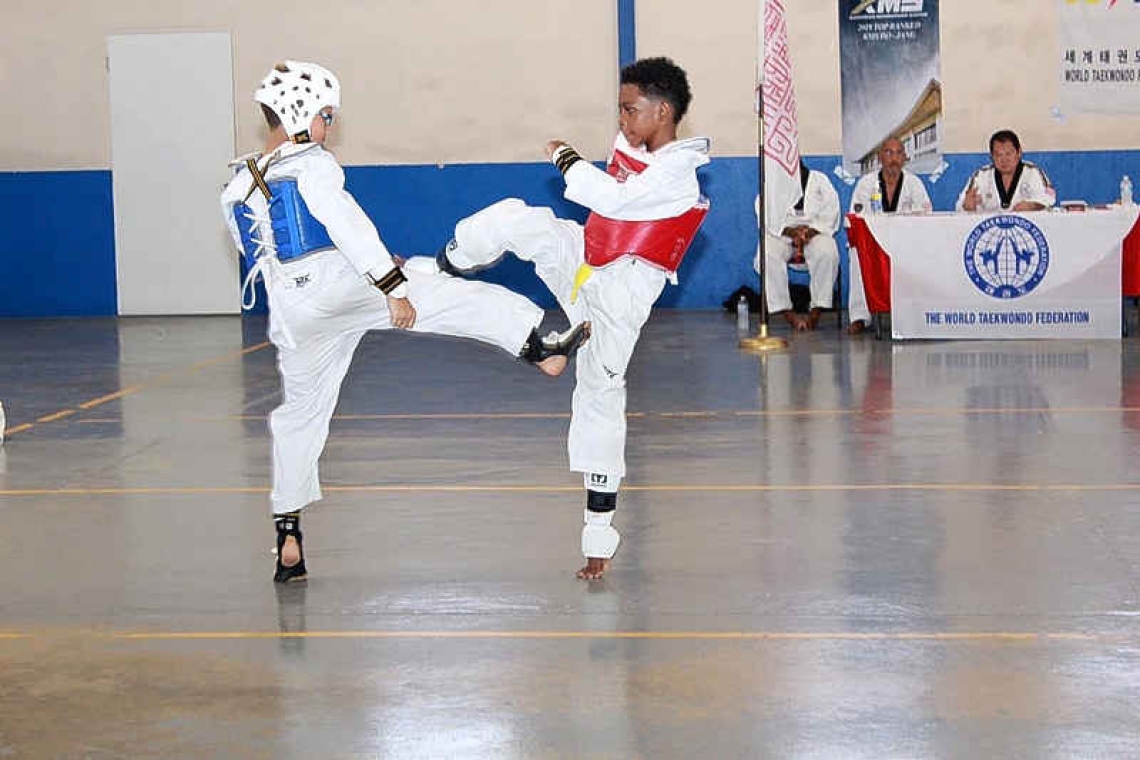 ST. PETERS—A total of 22 Taekwondo students from the King Yen Taekwondo school passed their examinations and have earned the right to move up to a higher colour belt.

The second Quarter Examination had been postponed due to the Covid Virus outbreak. The candidates had to show the different techniques the examination board requested them to perform, on an individual basis. The students were tested for gymnastics, flexibility, basic techniques and patterns while the higher belts were also tested on free sparring and breaking-technics with either hand- or foot techniques at the Hillside Christian School gym on Saturday.
Exams were held for both the school’s youth and adult students.

Yellow belt
Bengt Acosta-Toss, Kaylenn Perez-Fuentes, Kendrys Fuentes and Sunil Mankaran all earned the right to wear a yellow belt.
The exams were in accordance with the examination rules and regulations of the World Taekwondo (WT) and the Kukkiwon in Seoul South Korea under the auspices of the St. Maarten Taekwondo Federation and officially authorized and tested by their recommender Grandmaster Theo Liu.

Green belt
Green belts were earned by Lucas Brouwer, Cherise Heide, Shailen James, Key-Mari Richardson and Rique Lee
Rosalia-Liu.
“We had  some students that took an exam for the first time and the results were encouraging” said Grandmaster Liu who frequently takes his students to international tournaments. “Our students achieve great results and take home many gold medals and make St. Maarten known in the world!”
Jacquelle Johnson earned a Green belt with a Blue stripe and Leomar Dolphin gets to don a
Blue belt with a Red stripe.

Adults
In the adult division Liesel Acosta-Toss and Danny Acosta earned Yellow belts. Luisa Perez – Veras passed the exam for Yellow belt with a Green stripe and earning the right to wear a Green belt with a blue stripe were Audrey van der Riet and Paulien Vuijst.
“We are always striving to develop character and personality to create the positive moral and ethical traits in each student,” explained the grandmaster. The grandmaster teaches Taekwondo while conveying the values and principles of
physical and mental health, respect, dedication, discipline and self-esteem.