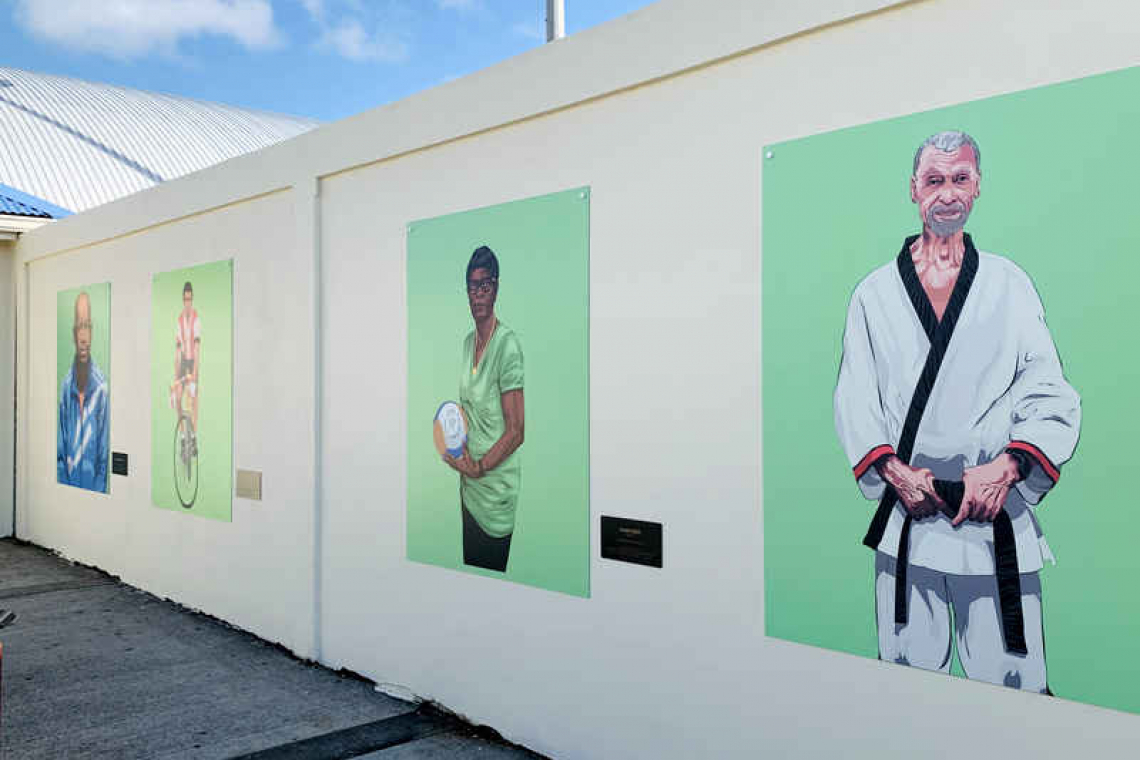 MARIGOT—Portraits of the men and women who have contributed to the development of sports over the years; athletes, coaches or club leaders, were honoured on Friday with the unveiling of the first ten portraits on the wall of the Jean-Louis Vanterpool Stadium in Marigot.

These personalities from the world of St. Martin sports were selected in consultation with the territory's sports associations.
The Collectivité through its Youth and Sports Department, has been working on this project since 2018 to pay tribute to St. Martin’s athletes. The hazards of recent months have delayed the deadline, but it was with much pleasure that President Daniel Gibbs, First Vice-President Valérie Damaseau and President of the Sports Commission Jean-Raymond Benjamin, assisted in the unveiling of the ten portraits in the presence of the families of athletes.
Some 60 portraits will gradually find their place on the wall of the stadium and will be visible from the street of Spring-Concordia. A QR Code will allow access to the biographies of the athletes represented on the Wall of Fame, a way to enlighten the younger generation and newcomers on the history of St. Martin sports and careers of these renowned athletes.
The artistic portraits were created by young St. Martiner Brandon Guion-Firmin (24), an Illustrator since 2015, who graduated in computer graphics, web design and 2D/3D animation.
The ten featured athletes included Amélie Reed (Volley-Ball), Roméro Leopold Hyman (Tae Kwon Do), Louis-Joseph Hamlet (Football), Mario Flanders (Football), Florencia Hunt (Athletics), Patrick Grea (Rugby), Silvère Dulorme (Cycling), Hector Richardson (Football), Lucien Gamiette (Bodybuilding), and Joseph Gumbs (Football).