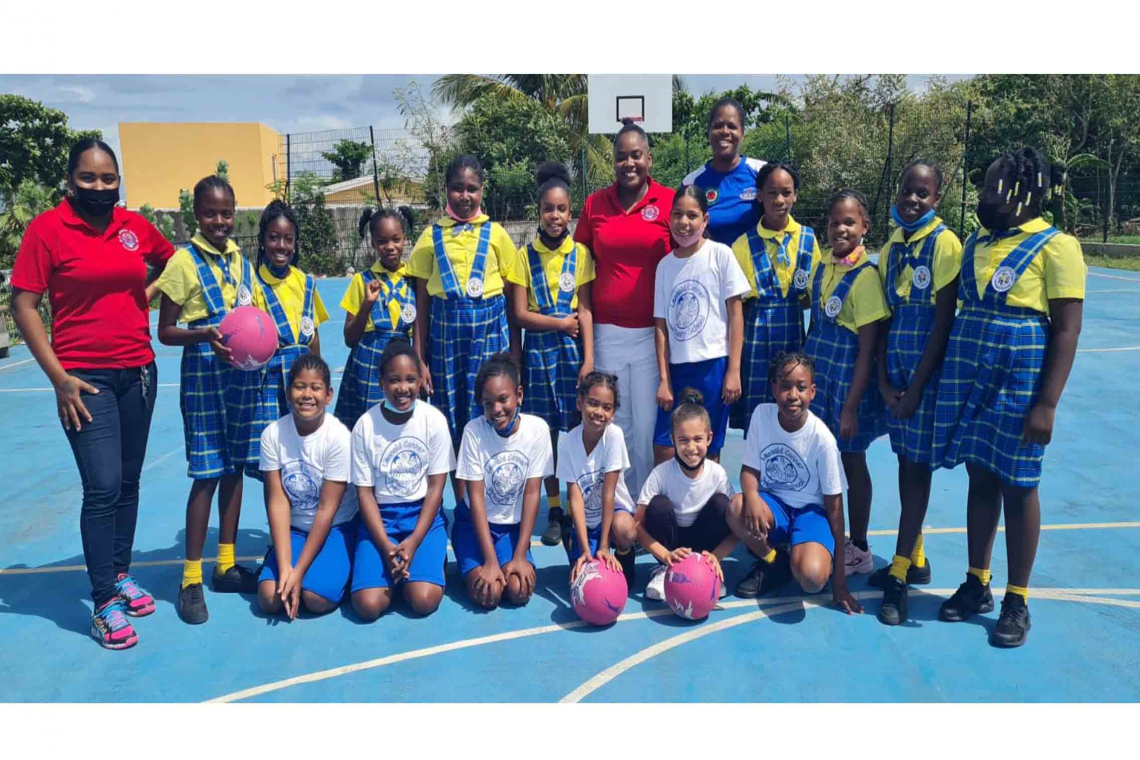 St. Joseph primary school, the Martin Luther King elementary school, the Oranje School, and the Seventh Day Adventist School will soon be starting.
The Netball program entails the training and preparing students of groups six, seven and eight (grades four, five and six) of the different primary schools.
The coaches of the St. Maarten Netball Association will Introduce sport-specific skills such as throwing and catching with appropriately modified rules and equipment. Incorporate problem solving, appropriate behavior and cooperative play techniques. The student will develop a sense of team work. They will be given short instructions mixed with lots of practice, skill correction and generalist skill development.
Furthermore, emphasis will be put on building competence and confidence in basic skills and movement challenges.
Parents will be consulted as to their commitment ‘family friendly’ times as to their children participation in the netball program and competition. The program will conclude with an primary school competition.