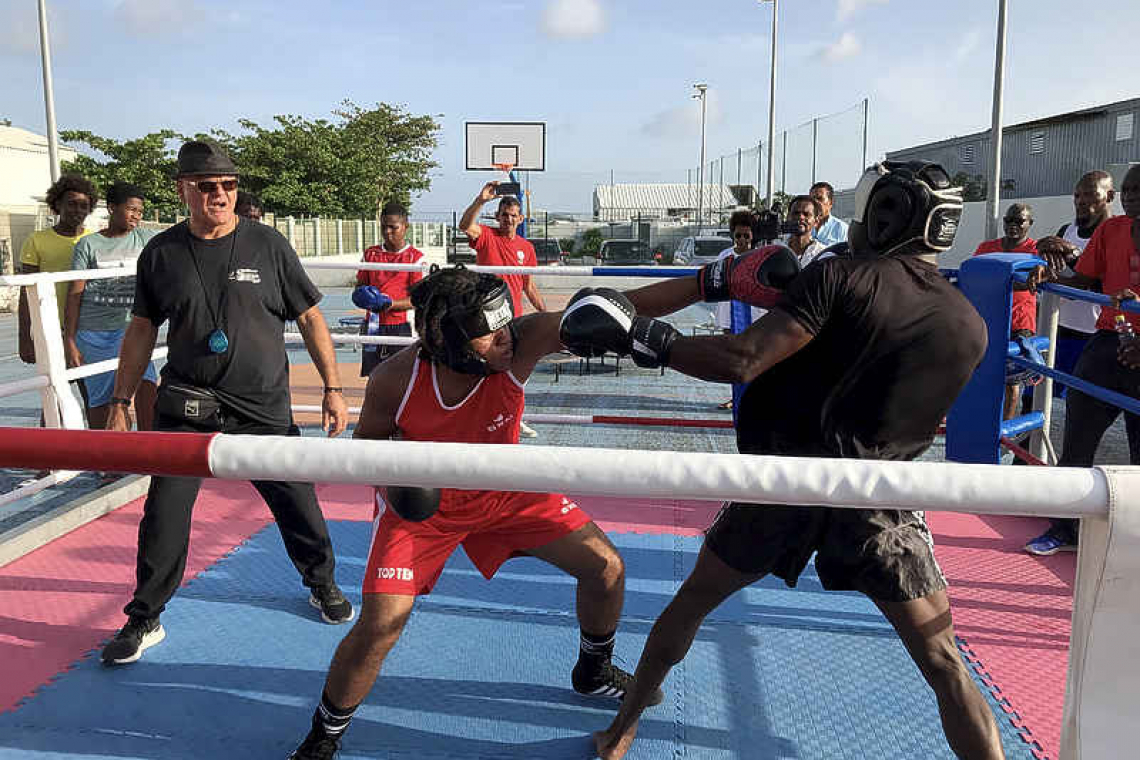 SANDY GROUND—Sandy Ground has a new boxing association called the Sandy Ground Superstar Boxing Association. It was inaugurated on Saturday, July 30, in conjunction with a boxing open day held at the basketball courts in Sandy Ground featuring Philippe Arrendel’s ABC Inter Sports Club and a French Quarter Boxing Club. Boxing demonstrations were held throughout the day.

Anthony Alfred is the President of the new Sandy Ground club. Originally from Dominica, Alfred, a former boxer for over 20 years and who competed under the name “Fighting Sugar”, said his aim is to teach children boxing as a way to instil discipline, keep them occupied and on a straight path. He said watching Sugar Ray Leonard tapes inspired him to take up boxing.
In the past Alfred has fought against Shaun Blair from the Dutch side, a fight that he lost, but has since always regarded Blair as a friend.
“For now, we are using the basketball court for training but I am looking for a permanent location,” Alfred said. “Philippe (Arrendel) used to be my trainer a long time ago so we have always worked together. I used to go and help train his guys and now he is helping me.”
A presentation of boxing gloves and mouth guards was made during the day by Territorial Councillor Alain Gros-Desormeaux for the new club and gloves and head gear from Philippe Arrendel. Also passing by during the day were former President of the Collectivité Daniel Gibbs, Chantale Thibaut from Saint-Martin Santé, communications director from the Préfecture Alain Rioual, Marc Fabre from Direction de la Jeunesse des Sports et de la Cohésion Sociale (DJSCS), and boxing great Jesse Torres.
Alfred says he plans to hold a boxing event in September in the car park of the Alberic Richards Stadium. The club offers training on Tuesdays and Thursdays, from 5:00pm to 6:30 pm.