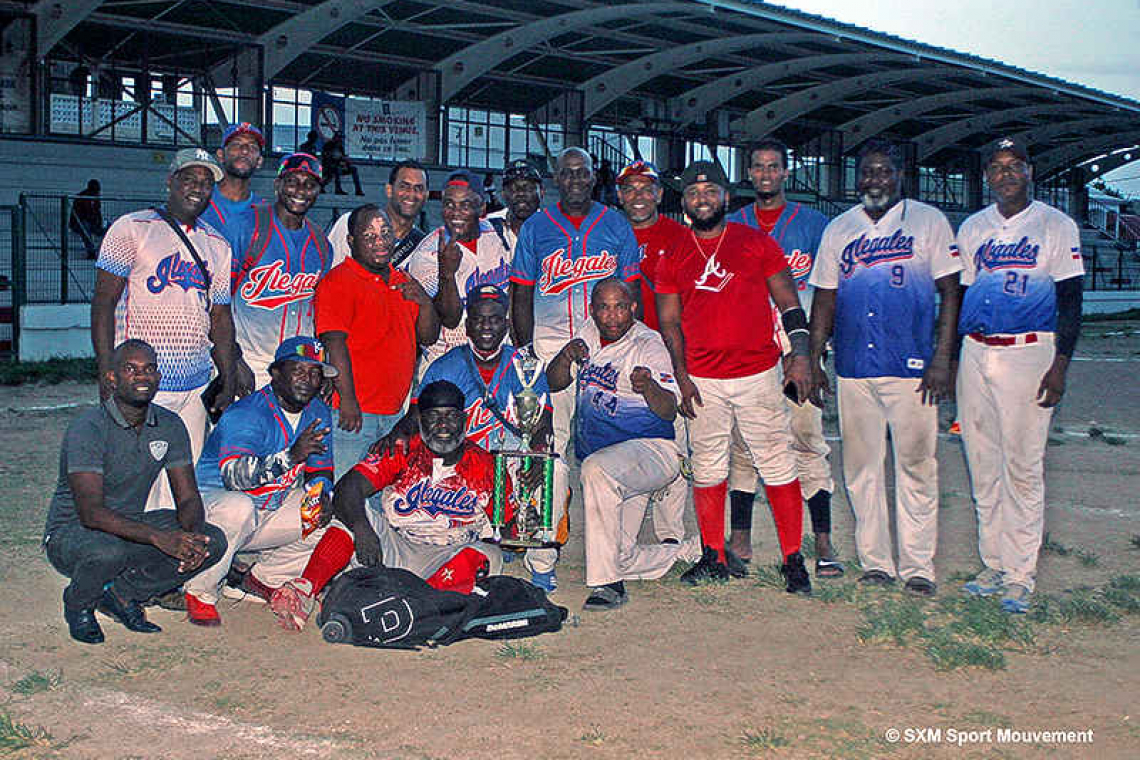 MARIGOT--On Sunday, June 20, the Jean-Louis Vanterpool stadium in Marigot hosted the Softball finals that closed the tournament and the 2021 season.

The final was played between the Sint Maarten team Controllers, and Ilegales from the French side over five rounds, and the winner had to win three of them. The first round was played on Sunday, June 6, with Controllers winning 15 to 9.
On Sunday, June 13, Ilegales won the second set with a score of 14 to 11, tying the two teams. The Ilegales returned to Louis Vanterpool Stadium on Sunday, June 20, with great motivation.
The third set started in the middle of the day with Ilegales posting a second victory with a narrow score of 15-14. Leading 2 sets to 1, Ilegales were motivated to win the fourth set which was played in the afternoon, and would allow them to win the tournament.
After a short break, the match took place in a very enthusiastic atmosphere with spectators voicing loud support for their team. After a see-saw battle over the score, Ilegales finally won the set with a narrow margin of 13-12.
With three innings to one, Ilegales win this first softball tournament organised by association SXM Sport Movement. Main sponsor McDonald's Restaurant facilitated organisation of this event.
If the season is over for the seniors, the youngsters continue their baseball training every Sunday morning, still on the field of the Jean-Louis Vanterpool Stadium, while waiting for the baseball camps which will take place in July and August.