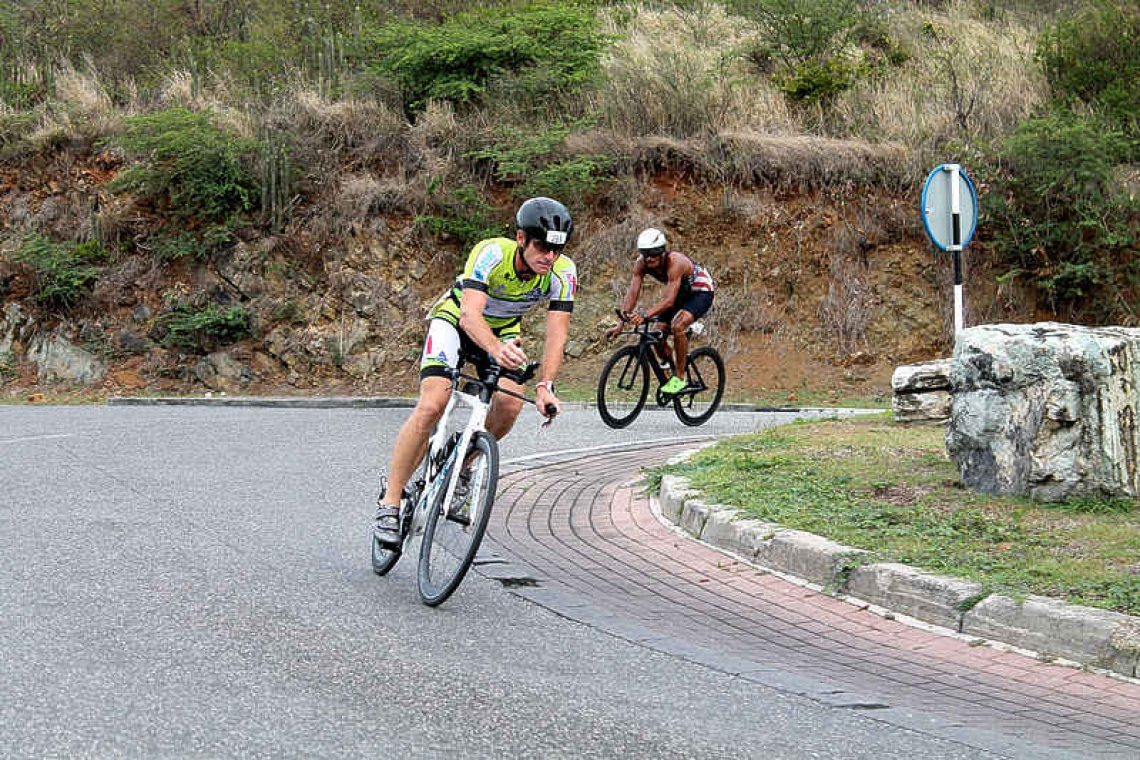 There was much anticipation about this rivalry but unfortunately for Noglotte he lost time after being penalised for going around a buoy the wrong way during the swim segment. He was not disqualified but had to run around the buoy near the beach three times before continuing. Whether he would have caught up to beat Husson will never be known.
St. Martin’s finest triathlete Gregory Pigeon finished third in the Olympic distance and if he feels jinxed by his results lately, he was still on the podium and will have been encouraged to beat fourth-placed Stéphane Lenoir from St. Barths who was also competing in the Tulsa Ironman with Husson a few weeks ago.
But very often at these events the stars of the show are the youngest athletes excelling at one discipline, such as 14-year-old Mathias Piazza from Carib Swim Team, who was lengths ahead and first out of the water in the Olympic swim.
Winner of the Individual Sprint was Thomas Pioche-Rivals, an athlete from Guadeloupe who was also the top junior. He entered with Talia Mondor, second placed female, also from Guadeloupe
Some 133 athletes participated in the triathlon, blessed by perfect weather conditions, overcast and cool. The Individual Olympic distance attracted 31 athletes, the most to date, and 45 took part in the Individual Sprint distance. Added to that were five Olympic teams and 14 Sprint teams.
Visiting athletes from other islands amounted to over 50, the largest group coming over from St. Barths followed by Saba and Guadeloupe (five athletes).
Caroline Deplanque was the first female to finish the Individual Olympic distance (13th overall) and Hélène Depoorter was first female in the Sprint distance (7th overall).
Tri Sport Tigers (Naima Costa swim, Dean Hodge cycle, Omarco Robinson run) won the Olympic team category and Team Teenage Terrors (Niobi Illis swim, Jahkim Carty cycle and Andy Guibreteau running) won the Sprint category and was first junior team.
Organiser Friendly Island Triathlon Association (FITA) extended its appreciation to all the volunteers, the VKS who helped the police with road control, and also to Belmond La Samanna for making the event possible with financial support. Diamonds International offered the prizes and Taloula Mango hosted the event. 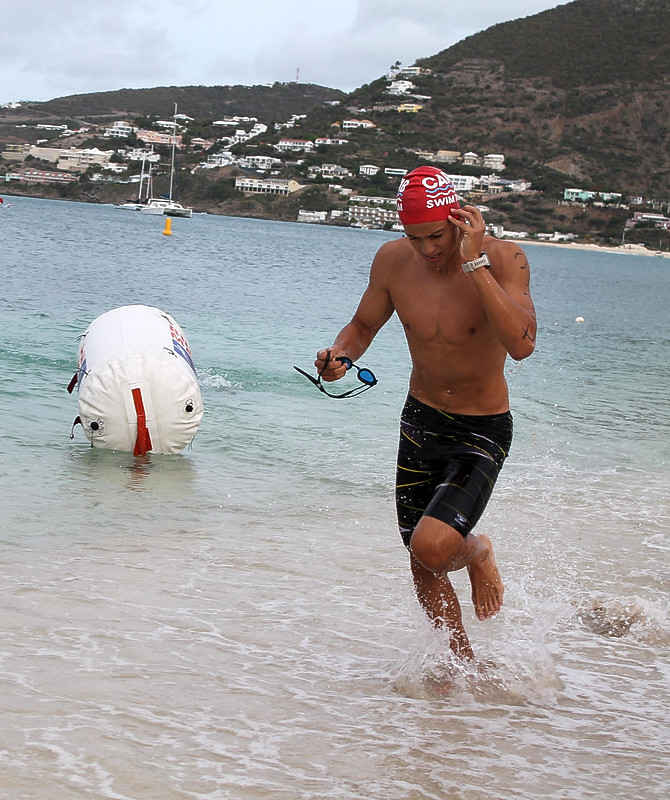