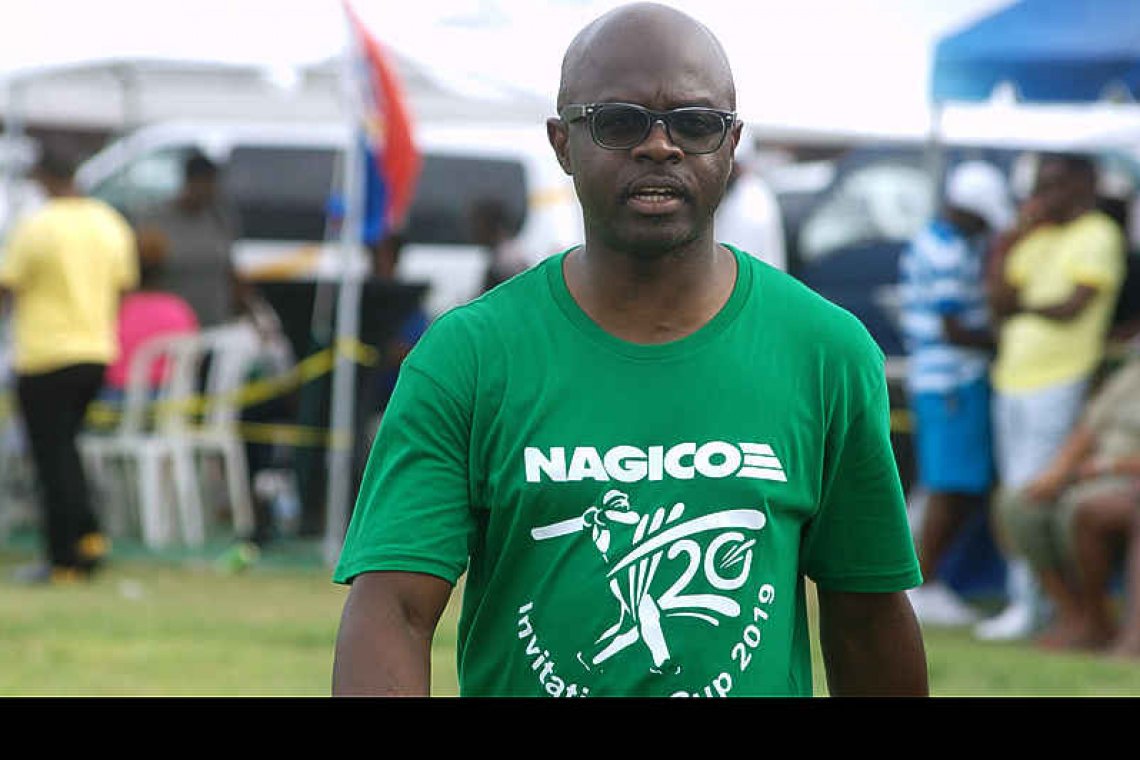 PHILIPSBURG--Dwayne Elgin was reelected president of Cricket St. Maarten by a unanimous vote at the Annual General Meeting on Wednesday night.

Elgin who was challenged for the position by Devin Ramraj received overwhelming support from the cricket fraternity. Of the 11 clubs/organizations eligible to vote, Elgin received the support from eight of them. It was also the first time a challenger registered for the presidency in the more than 20 years of Cricket St. Maarten history.
The new board which has a two-year stint now has five new members. Garth Sherwood, Country Manager of First Caribbean Bank, joined the board as treasurer and Puneet Nair of Future Planet Hollywood as the assistant treasurer. Other additional members to the cricket board are Alfred Harley as the Public Relation Officer (PRO), Abdool Rasheed Khan and Curtlyn Warner. Dian Nisbeth and Emmanuel Stapleton who previously served on the board, returned as the secretary and board member respectively. Along with Elgin, Imran Mc Sood Amjad returned as Chairman, Nathaniel Walter as Vice President and Kern Saunders as assistant secretary.
Before the voting process began, both presidential hopefuls outline their plans and projections for cricket on the island. Elgin's plans and projections which no doubt sway the votes in his favour mentioned the following 13 points;
1, To produce a West Indies cricketer within five years; 2, To have at least two players on LI representative teams. (U15, U17, U19, Senior); 3, To consistently have SXM representative teams in LI Tournaments; 4, To maintain a vibrant Cricket Academy; 5, To develop a women’s cricket team; 6, To have at least one(1) high-quality T20 or T10 Tournament per year; 7, To Broadcast/stream local cricket matches; 8, To Develop an alternative cricket facility; 9, To improve the facilities at Caribe Lumber; 10, To improve the quality of cricket being played at all levels on the island; 11, To enhance the Youth Development Program by increasing participation and interest; 12, To ensure a sustainable and financially sound organization and 13, To Explore the most beneficial organizational relationships with International and Regional Governing bodies.
The board will have its first meeting on Thursday, 18th February at Motorworld Conference Room from 5:00 pm.