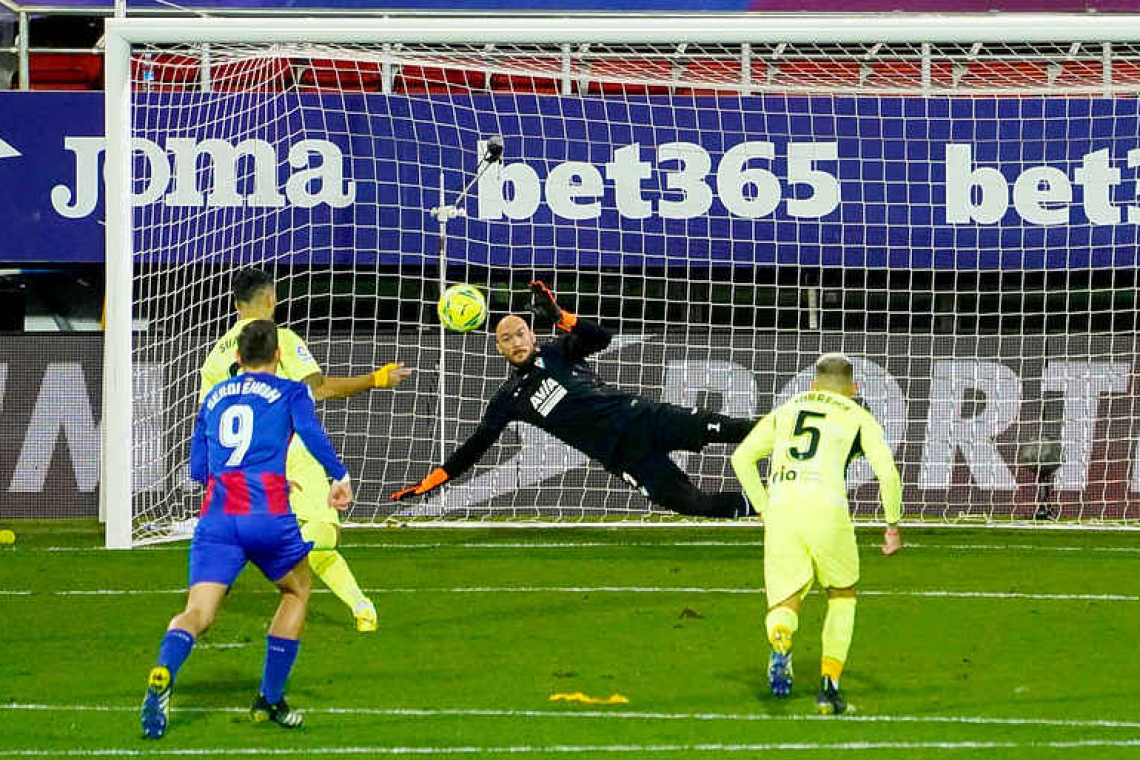 EIBAR, Spain- - Eibar goalkeeper Marko Dmitrovic defied convention by scoring a penalty but it was Luis Suarez's spot kick in the dying minutes that proved conclusive as Atletico Madrid secured a 2-1 away win on Thursday which lifted them seven points clear at the top of La Liga.

Dmitrovic gave Eibar the lead in the 12th minute, coolly deceiving his opposite number Jan Oblak.
Suarez levelled for Atletico five minutes before halftime, beating Dmitrovic from inside the area after Marcos Llorente had won the ball back on the edge of Eibar's box.
Dmitrovic made an outstanding late save to thwart Joao Felix late in the game but Suarez had the final say, drawing a foul from Anaitz Arbilla to earn a penalty that annoyed Eibar's players and coach Jose Luis Mendilibar.
Suarez oozed calm and chipped the ball past Dmitrovic to give his side all three points, while Eibar were then denied a penalty in added time, appealing in vain for a handball against Atleti's Stefan Savic.